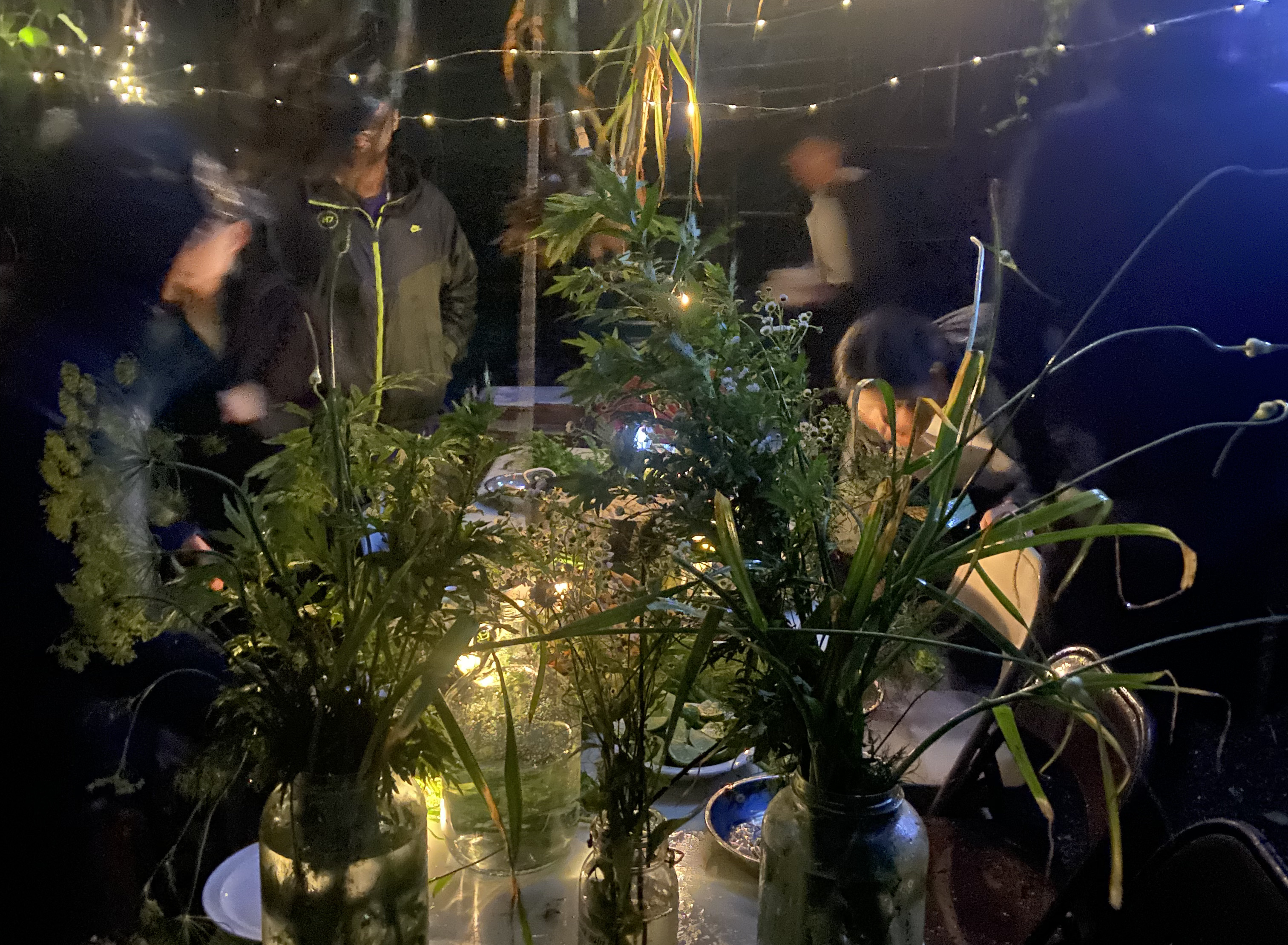 Wet Networks is installed alongside the Queens Museum’s long-term exhibition of The Relief Map of New York City’s Water Supply System, and is presented in partnership with Rhizome and CycleX. Wet Networks features artifacts and commissioned projects from Geek Camp 2021: Neversink Never Ever. Taking place in July 2021, this was the first of artist Shu Lea Cheang’s annual “Geek Camp” convenings, at CycleX, an experimental farm and cultural center located in what is today known as the town of Andes, New York. Invited curator, Celine Wong Katzman, chose artists whose practices resonated with the context of the watershed to take part in the camp at the site located just a few miles uphill from where the East Branch of the Delaware River feeds the Pepacton reservoir. Tecumseh Ceaser, Nabil Hassein, Melanie Hoff, Christopher Lin, Jan Mun, and TJ Shin considered Cheang’s prompts to walk the trails, consider the ebbs and flows of the reservoir, and engage waves as carriers to recall buried, bittersweet sentiments of displacement and relocation. They were joined by Erwin A. Karl, mycologist and Evan T. Pritchard, Founder of the Center for Algonquin Culture. Together their reflections and offerings illuminate the relationships between new technologies and traditional ways of knowing, the challenges of collective care, and how land and water shape and are shaped by one another and us.

Geek Camp 2021 was supported by CycleX and Rhizome. CycleX is a non-profit intercultural land trust located in Andes NY, dedicated to cross-disciplinary artistic and farming pursuits with a focus on nurturing future farmers. CycleX engages in biodiversity, mycology, and permaculture, and is a free-form laboratory where plants and fungi are acknowledged as both food and medicine. Rhizome champions born-digital art and culture through commissions, exhibitions, scholarship, and digital preservation. The Rhizome Commissions Program is supported by Jerome Foundation, the New York City Department of Cultural Affairs in partnership with the City Council, and the New York State Council on the Arts with the support of Governor Kathy Hochul and the New York State Legislature.

Special thank you to Michael Connor and Sophia Marisa Lucas.