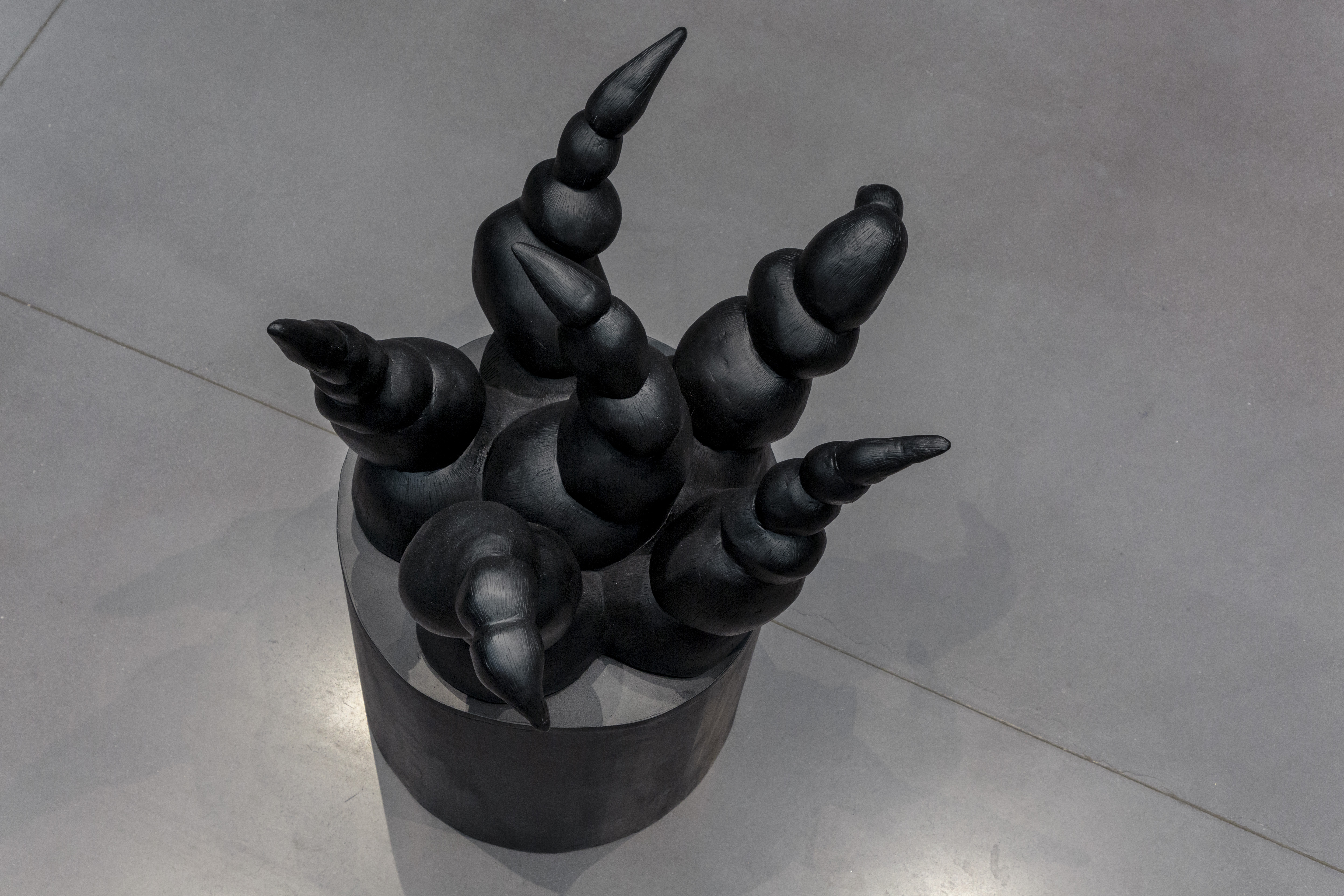 Alexandria Smith:
Monuments to an Effigy

Alexandria Smith’s Monuments to an Effigy takes the histories of the Olde Towne of Flushing Burial Ground and the Macedonia A.M.E. Church in Flushing, Queens as points of departure for an exhibition that evokes an altar or commemorative space.

In the mid-late nineteenth century, the Olde Towne of Flushing Burial Ground was a burial place for African-Americans and Native Americans. Parishioners of the nearby Macedonia A.M.E. Church, a hub for Flushing’s historic African-American community, were among those interred at the burial ground. The last burial took place in 1898, and in the 1930s, the Parks Department paved over the site, building a playground in 1938. But—due to the tireless work of many—the site was recognized for its original purpose in 2006 and is now a meditative area that respects the hundreds still buried there.

In her work, Smith explores narrative, memory, and myth through the lens of the Black female form and psyche. For this exhibition, the artist responds to the lives of those who were buried at the site. Of the four marked gravestones discovered from the burial ground, only male members of the Bunn and Curry families are listed. Smith’s work honors the unnamed women laid to rest at the Olde Towne of Flushing Burial Ground and those who participated in the Underground Railroad network in Flushing, which included the Macedonia A.M.E. Church.

The artists fragmented characters, landscapes, and architectural surrogates, pay tribute to these histories by rooting or lifting themselves in space. Eyes, pigtails, masks, limbs, breasts, and fingers sprout from the ground and defy gravity. Smith’s works, installed in pairs or doppelgängers, embody a complex and often divided self across generations. How can we rectify the stories that have been erased? The symbols in Monuments to an Effigy are at once both ancient and otherworldly, as the artist channels the ancestors whose stories continue to be reclaimed and reimagined.

A cornerstone of the exhibition is At Council; Found Peace, a music composition by Liz Gré in collaboration with Smith. This piece for cello, soprano, and spoken voice combines the poetry of Gwendolyn Brooks with gospel tonality and explores the process of seeking guidance from those who came before. As Smith’s work connects with the spiritual realm, her visions of Black women in moments of empathy, joy, and pain recognize the resilience and strength that will continue to shape history.

Alexandria Smith (b. 1981, Bronx, NY) earned her BFA in Illustration from Syracuse University, an MA in Art Education from New York University, and an MFA in Painting and Drawing from Parsons The New School for Design. She has exhibited her work in solo and group exhibitions at venues such as deCordova Sculpture Park and Museum Lincoln, MA (2019); Boston University, Boston, MA (2018); MASS MoCA, North Adams, MA (2018); The Union for Contemporary Art, Omaha, NE (2017); Yale School of Art, New Haven, CT (2016); International Print Center, New York, NY (2016) and the Schomburg Center for Research in Black Culture, New York, NY (2015). Smith is the recipient of numerous awards including a Pollock-Krasner Grant and the Virginia A. Myers Fellowship at the University of Iowa. She has been an artist-in-residence at MacDowell, Bemis, Yaddo, LMCC Process Space Residency and Skowhegan School of Painting and Sculpture. From 2016–18, Smith was co-organizer of the collective, Black Women Artists for Black Lives Matter (BWA for BLM).