QMA has commissioned four emerging artists to produce temporary site-specific art in Corona Plaza just a few blocks away from the museum’s home, Flushing Meadows Corona Park. The projects are part of a larger Heart of Corona initiative in which the museum and community partners work towards improving the health of community residents, beautifying the neighborhood, and activating public spaces in the area. The artists – Hector Canonge, Stephanie Diamond, Shaun El C. Leonardo and Xaviera Simmons – were asked to develop projects that would integrate with the specific conditions of the plaza and Corona, resulting in works that, like much contemporary artistic practice, values audience participation, fun, generosity and community engagement. Separately, their works engage in a dialogue about what it means to be American in a neighborhood where over 65% of residents are foreign born, and in a nation where the subject of immigration is a hotly contested political battleground. The installation at the QMA describes, documents and expands on the projects and activities in the plaza.

In This Is What I Eat, Corona Plaza residents contribute their recipes, photographs and thoughts about food to Stephanie Diamond’s “cookbook”, designed in the style of supermarket circulars. The circulars will be available for free at the museum, and in several businesses in Corona Plaza.

On September 15, 2007 in Corona Plaza, Shaun El C. Leonardo reprises his ongoing battle with an invisible opponent in his performance El Conquistador vs The Invisible Man, staged in the style of Mexican wrestling, or lucha libre. A promotional campaign will “hype” the event throughout the summer.

An interview with Shaun is available here.

Hector Canonge’s Muros Distópicos / Dystopic Walls project erects a wall inside Western Union in Corona Plaza that references the border wall dividing Mexico and the U.S. Upon entering Western Union viewers will see images that evoke memories of their country of origin and when exiting, images of America will appear. Also on display will be objects made by Corona residents that refer to their status as immigrants or children of immigrants.

Xaviera Simmons will offer free photographic portraits to visitors of “Corona Cares Day” festivals on June 16 & September 15, 2007. Simmons’ subjects will be shot with a large format film camera against backdrops that evoke idealistic notions of America.

Each subject will be given their portrait, hand-printed by the artist, to keep. Several portraits will be printed mural-size and hung on walls throughout the plaza, reflecting Corona’s most valuable asset: its people. 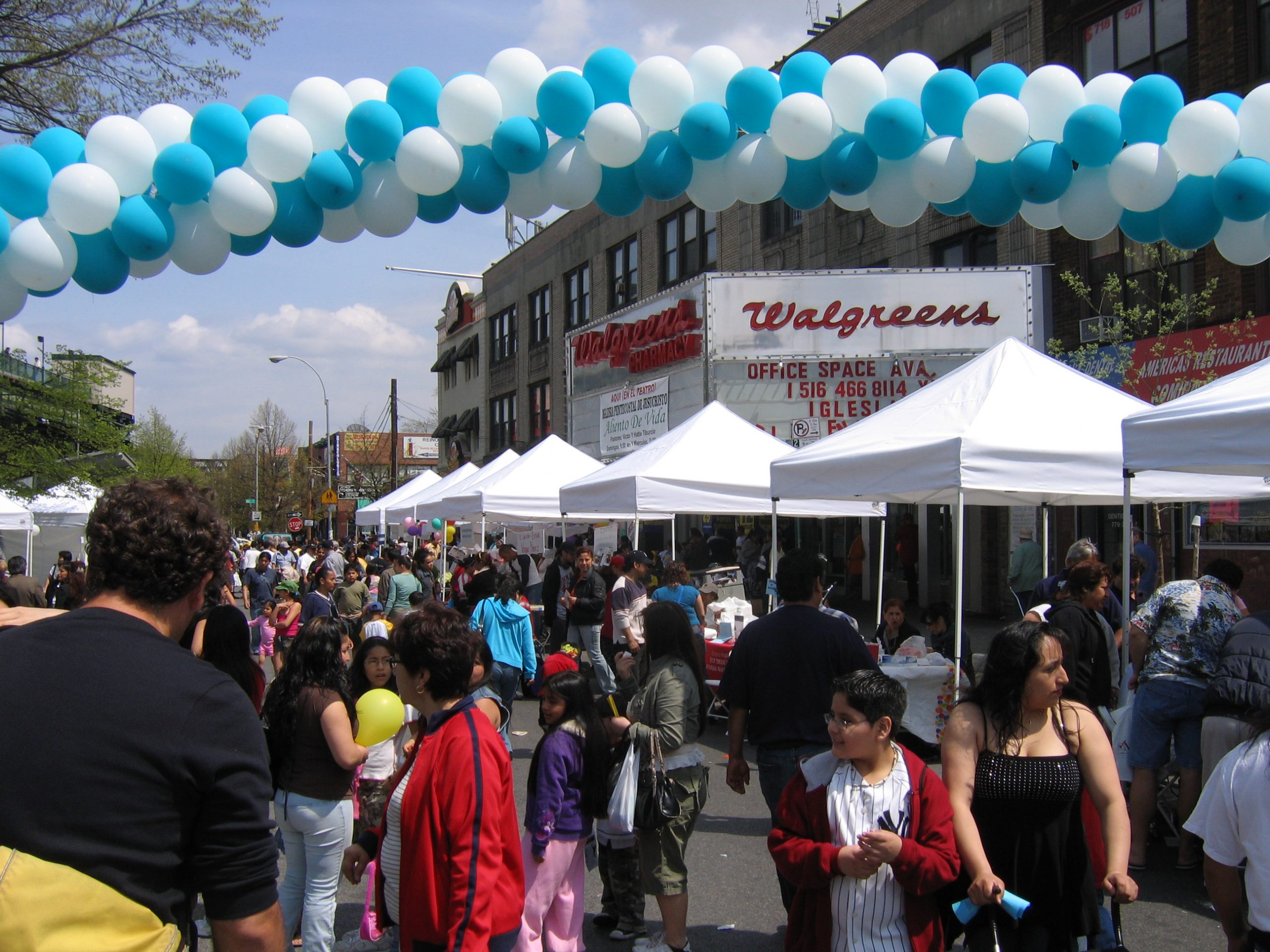 The Institute for Museum & Library Services and the Ford Foundation