Anthony Auerbach’s installation Empire State Pavilion reflects on one of the most memorable features of the 1964/1965 World’s Fair. Like the New York City Pavilion, which housed The Panorama of the City of New York, the New York State Pavilion contained a miniature representation of the whole state in the form of a giant road map inlaid in the terrazzo floor. While the Panorama has been preserved and updated over the years, the terrazzo map has been derelict and overgrown.

Adopting techniques of aerial photography–as used by geologists, archaeologists, cartographers, and spies–the artist documented the entire surface of the terrazzo map from a height of seven feet. The survey resulted in some 2,500 detailed images of a map in the process of reverting to a landscape. This photographic archive forms the basis of a series of artworks (including Index, 2007; Emperor Panorama, 2007; and the present work) which speculate on how history is recorded–in traces and inscriptions–and how it is erased. Auerbach suggests, “The map is memorable because it remained after the rest of the Fair was demolished. Exposed, shattered by frost and colonized by plants, the map marked the time and prompted feelings for the past. Ironically, the first thing the conservators did was sweep away nearly all the history which my survey recorded. 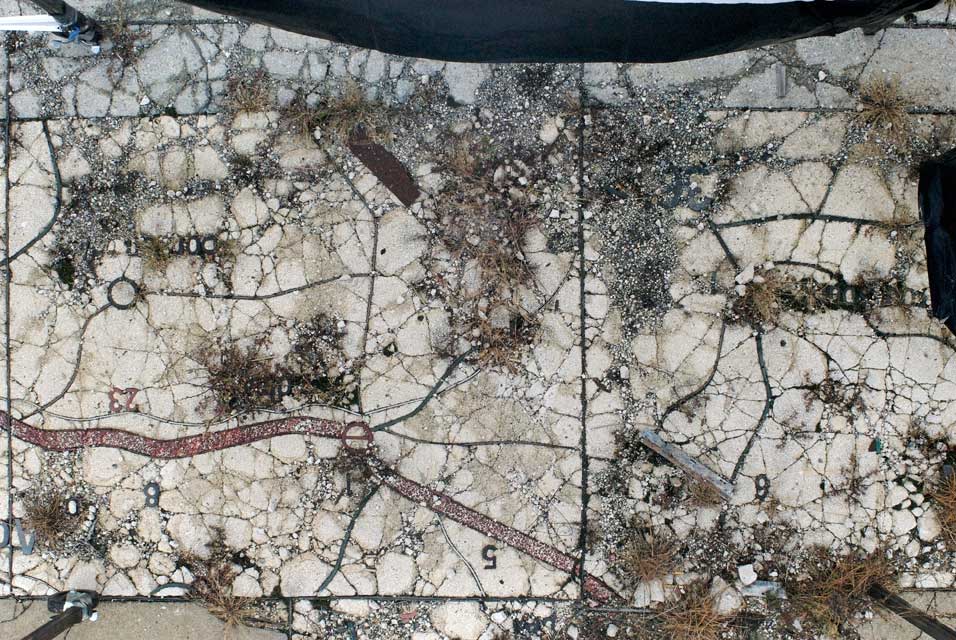