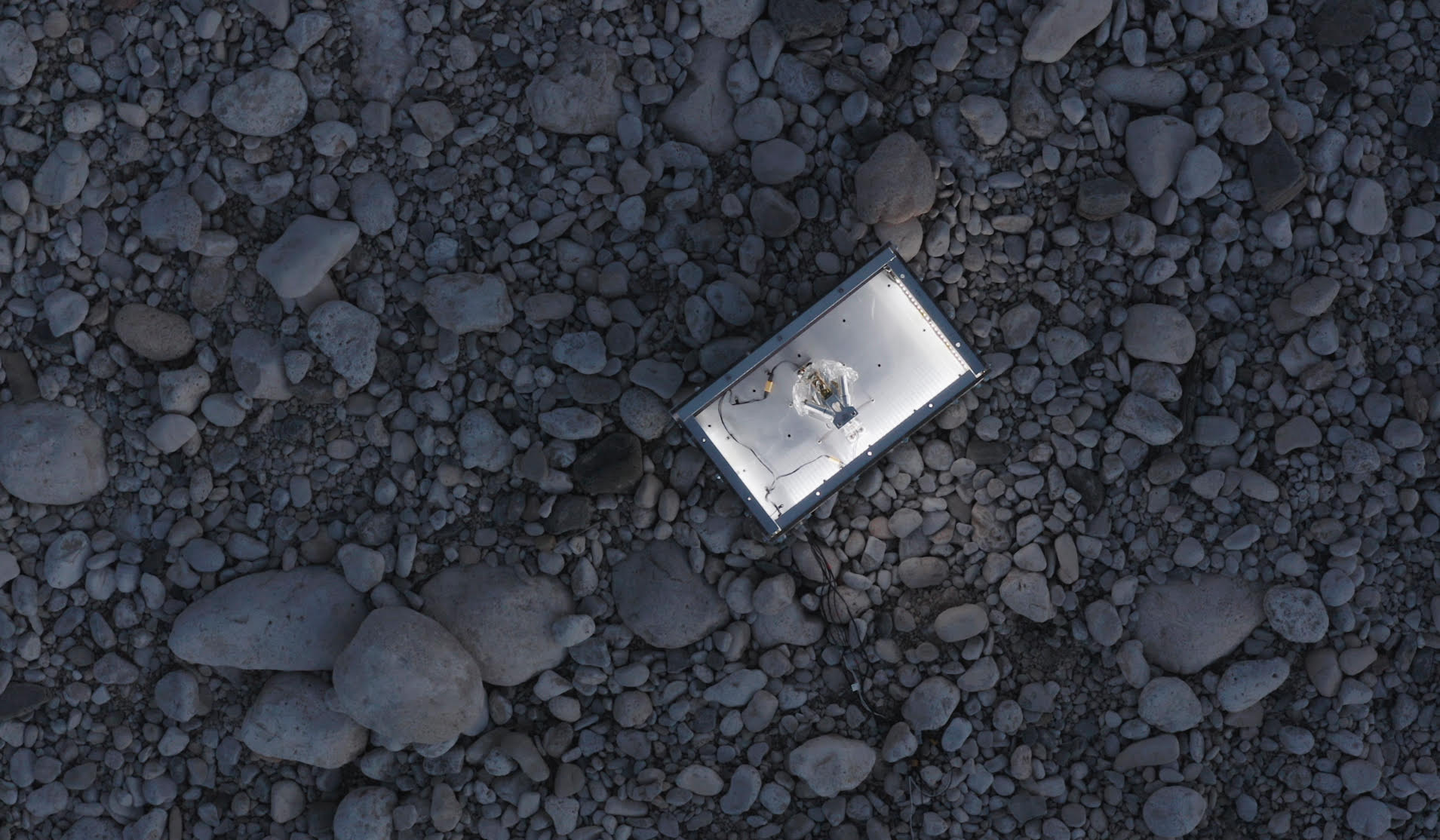 Xin Liu is an artist and engineer, whose research-based projects range from performances, apparatus, installations to scientific experiments and academic papers. Living Distance is a fantasy and mission in which a wisdom tooth was sent to outer space and came back. On May 2nd, a robotic sculpture carrying the artist’s wisdom tooth was launched into suborbital space on-board a Blue Origin New Shepard flight.

The Living Distance film weaves the tooth’s journey together with the artist’s personal inquiry on land. It mixes documentary footage of the methodical but contingent unfolding of the launch with imagery of the artist performing underwater and in the Texas desert. In her pursuit, Living Distance explores both spatial distance in the most literal sense, and the spiritual distance between one’s relatively small and wholly unique role in this universe.

Xin Liu is an artist and engineer. Xin creates experiences and artifacts to measure and modify the distance and tension between personal, social and technological spaces. They are moments of re-organization, creating ripples in the fabric of subjectivities, common experiences and beliefs.  Xin is currently the Arts Curator in Space Exploration Initiative in MIT Media Lab, a member of New INC in New Museum and a resident in Queens Museum Artist Studio program. She is the recipient of numerous awards and residencies, including the Van Lier Fellowship from Museum of Arts and Design, Huayu Youth Award Finalist, Queens Museum studio program and Pioneer Works Tech Residency. Her projects have received awards in SXSW, FastCoDesign, Core77 and her academic publications were nominated for best papers in ACM conferences. She has shown her work internationally at events and venues including Ars Electronica, Boston MFA, Sundance Film Festival, The Walker Art Center, OCAT Shanghai, and Mingsheng Art Museum, Beijing. As a researcher, Xin has worked in institutions including Microsoft Research NYC & Asia and Google ATAP.

Xin Wang is an art historian and curator based in New York. Past curatorial projects include artist Lu Yang’s solo debut in New York: Arcade (2014, New York), THE BANK SHOW: Vive le Capital and THE BANK SHOW: Hito Steyerl(2015, Shanghai), chin(A)frica: an interface (2017, New York), and Life and Dreams: Photography and Media Art in China since the 1990s (2018, Ulm, Germany). Her writing has appeared in E-flux journal, Artforum, Kaleidoscope, Hyperallergic, and Leap. Currently pursuing a PhD in modern and contemporary art at Institute of Fine Arts, New York University, Wang also works as the Joan Tisch Teaching Fellow at the Whitney Museum of American Art and manages the discursive archive on Asian Futurisms at afuturism.tumblr.com