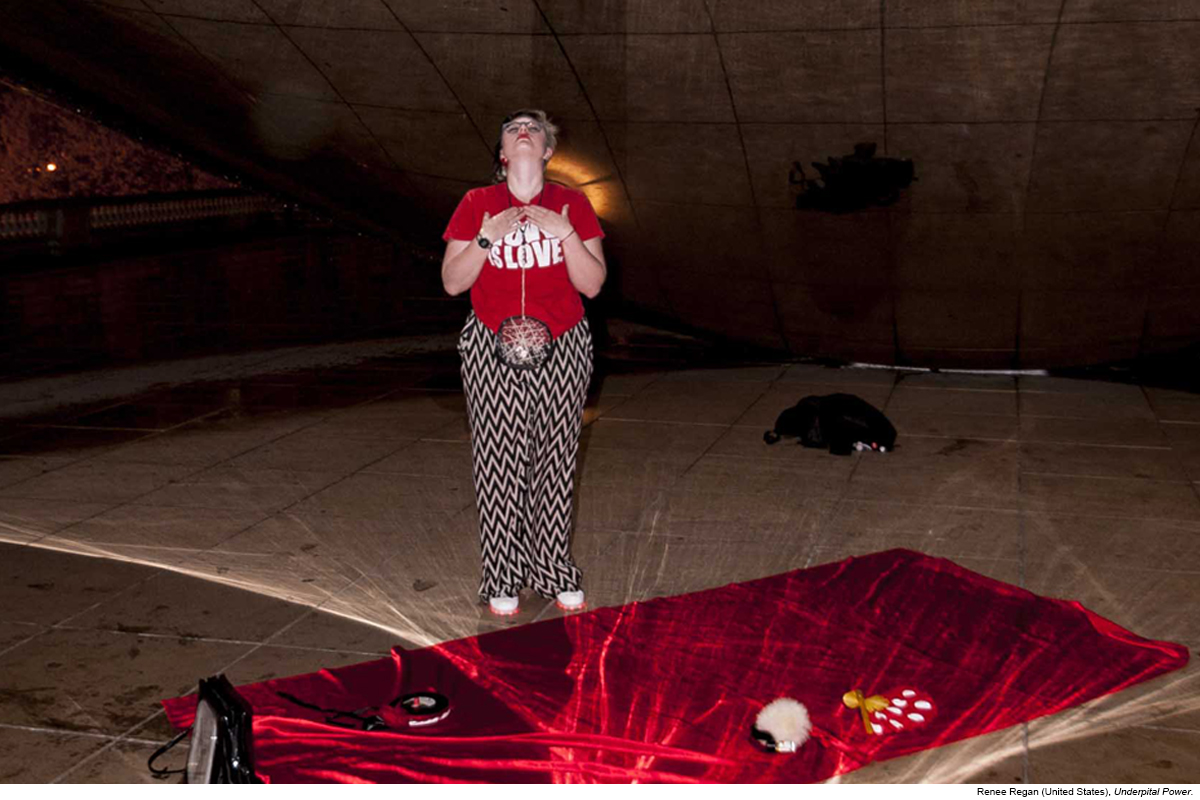 ITINERANT, the annual Performance Art Festival of NYC (May 17-25. 2018), invites the public to a week of Live Action Art in different boroughs in New York City.

This year’s program, directed and curated by interdisciplinary artist, Hector Canonge, focuses on works that explore, treat, and propose new alternatives to binary constructions regarding gender, nationality, identity, religion and/or ideological structures. Departing from the current socio-politico-economic transformations around the globe, and the questioning of habitual norms about race, gender, sexuality, and origin. ITINERANT 2018 will feature performance art works by local, national and international artists coming from Europe, Latin America, Asia, and North America.​

The week-long festival opens with the exhibition “Entanglements” on Thursday, May 17 at the artist-run space EOArts in Bushwick, and a performance program on Friday, May 18 at Last Frontier NYCin Greenpoint. ITINERANT’s program is hosted at QUEENS MUSEUM (Saturday, May 19), STATEN ISLAND ARTS(Sunday, May 20), BRONX ACADEMY OF ARTS ANDDANCE, BAAD(Tuesday, May 22), SMACK MELLONin Brooklyn (Wednesday, May 23), andBMCC Tribeca in Manhattan (May 24). The festival will host the Symposium “Bodies that Matter” at La Guardia Community Collegein Long Island City (May 21), and Public Interventions in Flushing Meadows Corona Parkin Queens (Saturday, May 19). The closing event of the festival will be hosted at Knockdown Center(Friday, May 25). 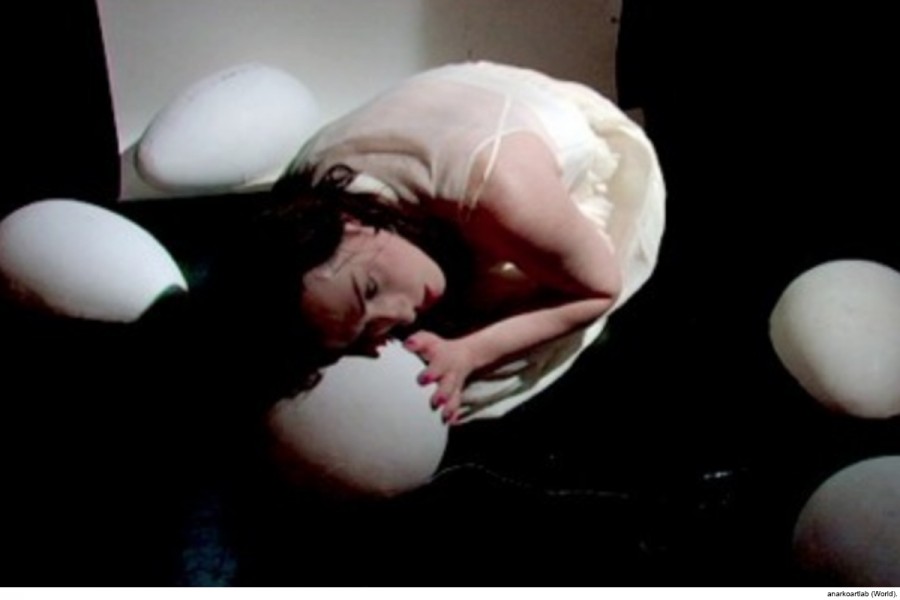 anarkoartlab was formed by a group of artists of various nationalities across a variety of media—visual, performance, video, music, poetry, dance—to create a space where boundaryless anarchist artists can work together and inspire each other, that is free from the white male supremacy capitalist bourgeois economy of the art world. At the core of our proposal is to return to the process, the investigation—direct participation in the collective imaginary-creation-action free from hierarchies. Our ancestors and references include the Living Theatre, the Theatre of the Oppressed, Artaud, SOMA, Fluxus, futurism, Dada, the Situationists, among others. 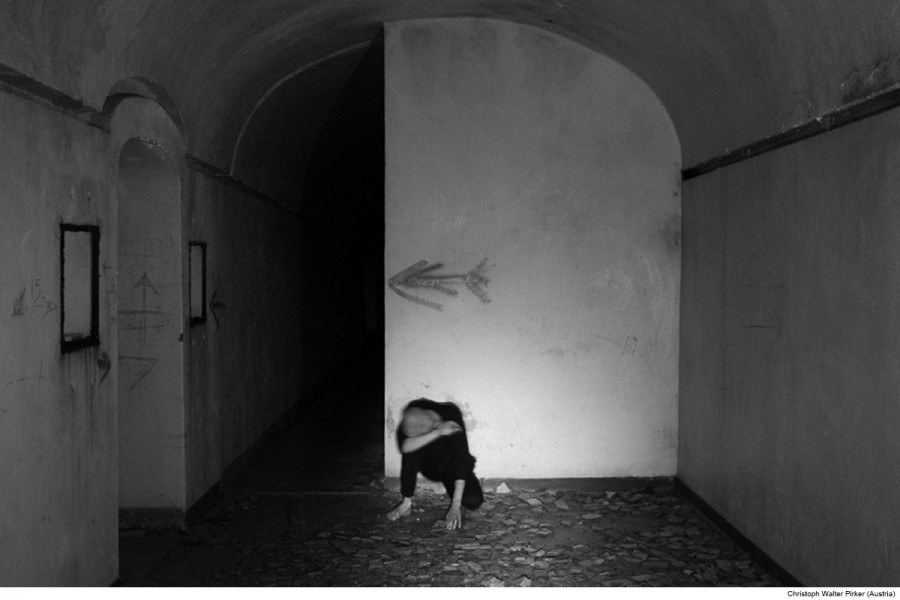 Christoph Walter Pirker is a performance artist and theorist, working within drawing, music, dancing, and writing. He graduated from Graz University of Technology with a degree in architecture, after having studied at the University of Music and Performing Arts Graz and the Royal Danish Academy of Fine Arts in Copenhagen, Denmark. He has widely performed and exhibited his work. Highly engaged in practices of performative research, he is currently working on his dissertation (supervised by Milica Tomić) entitled “Visual ontologies of the indefinite—Scores of a new spatial construction”. His research focus lies on the development of performative approaches to spaces of warfare, politics, and ideology, the investigation of the human and the non-human in architecture, and the re-definition of the visual. He is Assistant Professor at the Institute for Architecture and Landscape at the Graz University of Technology, unfolding contemporary landscapes, environments, and ecologies. Most recent publications include “Exulting Matters: On the Spatial Doxology of Alpine Sounds”, to be published in the Graz Architecture Magazine in spring, 2018. 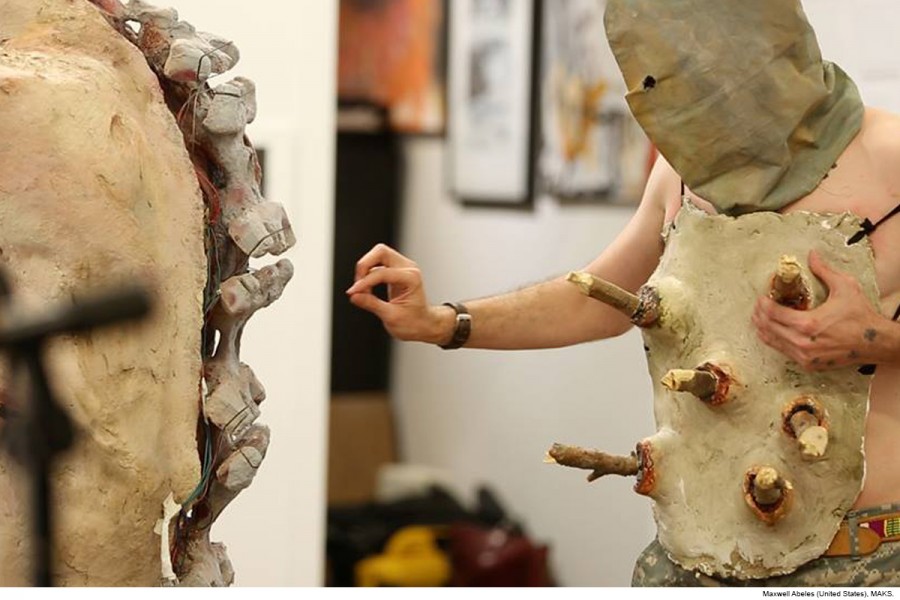 MAKS (Max Abeles) was born in Boston MA. Originally trained as a painter (BFA from Art Institute of Boston) and composer (New School of Music, NYC) he slowly discovered theatre as a way to combine diverse disciplines. When he is not making work as MAKS he is usually working with other artists as an engineer, puppeteer, or theatre assistant.

Amy Finkbeiner is a Brooklyn-based multidisciplinary artist from Little Rock, Arkansas, whose work explores sexuality, religion, gender, and identity. Finkbeiner recently participated in “F*ck U! In the Most Loving Way,” a timely exhibition organized in conjunction with a reunion of the participants of Womanhouse by the Northern California Women’s Caucus for Art. She has also performed in “Period Piece,” a celebratory menstrual revue series created by Christen Clifford at Dixon Place in New York. She has exhibited and performed at other New York venues such as LaMaMa Galleria, Projekt722, Panoply Performance Lab, A.I.R. Gallery, Grace Exhibition Space, Abrons Arts Center, and Smack Mellon Gallery; at The Situation Room in Los Angeles; at Washington and Lee University Gallery, in Lexington, Virginia; and Galleri Niklas Belenius in Stockholm. She has participated in the Brooklyn International Performance Art Festival and ITINERANT Performance Art Festival, curated by Hector Canonge. Finkbeiner received a BFA from the Kansas City Art Institute and a MFA from the School of Visual Arts in New York. Among her favorite artist/activist experiences she counts her participation in “Crying: A Protest,” a 2015 feminist action with No Wave Performance Task Force, instigated during DIA:Beacon’s Carl Andre retrospective in order to very clearly express the wish that Ana Mendieta was still alive. 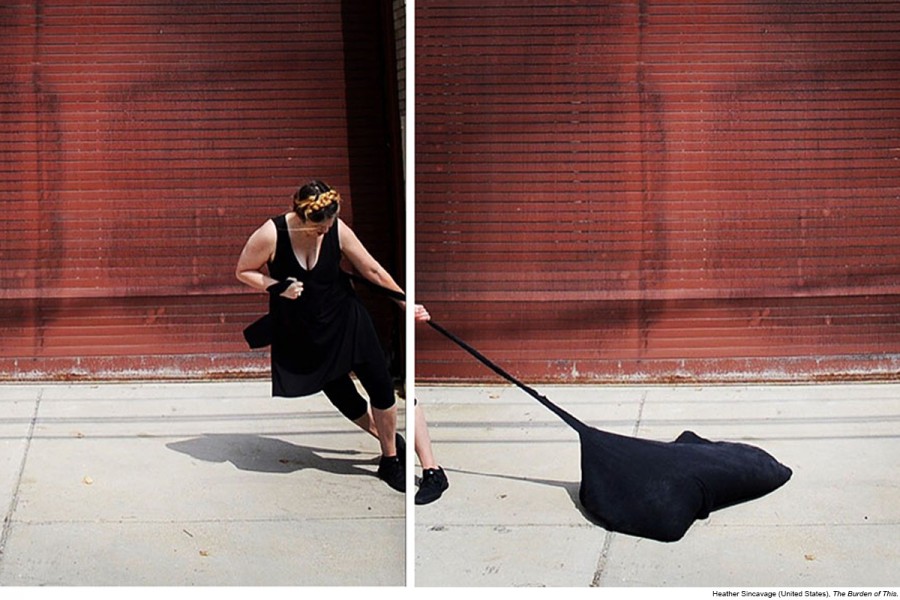 Heather Sincavage is an interdisciplinary artist using drawing, sculpture, installation and performance as part of her studio practice. Originally from Southeastern Pennsylvania, she received her BFA from Tyler School of Art, Temple University in Philadelphia, Pennsylvania and her MFA from School of Art, University of Washington, Seattle, Washington. She has exhibited both nationally and internationally in over 40 solo and group exhibitions. She was a fellow at Can Serrat International Art Center, El Bruc, Spain; Arteles Creative Center in Hameenkyro, Finland; Artix Creativo Espacio in Zaragoza, Spain, Hospitalfield House, Arbroath, Scotland; and Vermont Studio Center in Johnson, Vermont. She has also attended the NES Artist Residency in Skagastrond, Iceland and SIM Artist Residency in Reykjavik, Iceland. Heather currently is the Director of the Sordoni Art Gallery at Wilkes University and Assistant Professor of Integrative Media Art and Design. 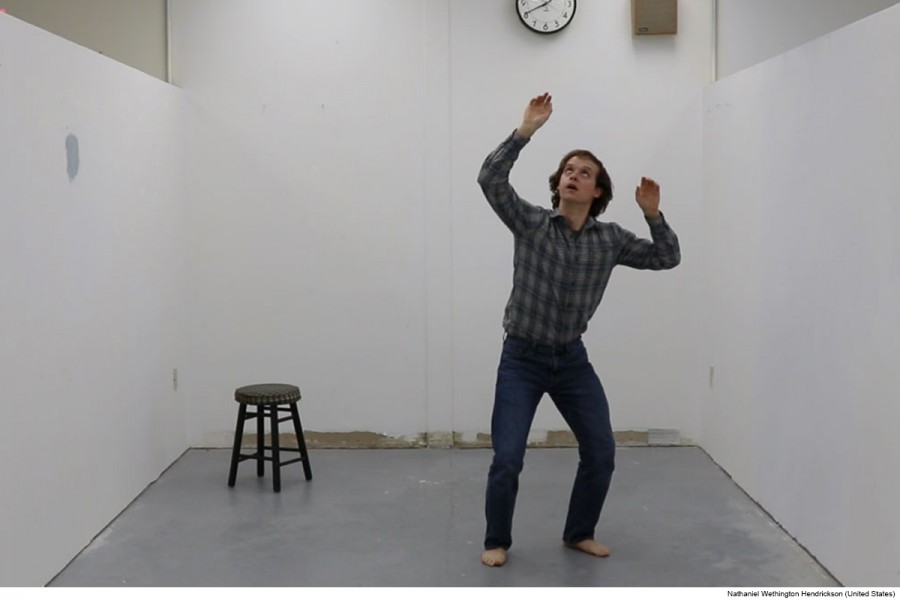 Nathaniel Hendrickson lives and works between Tallahassee, Florida and Louisville, Kentucky as a performance artist, carpenter, painter and set designer. He has performed solo performances at festivals in Europe, New York, and Miami as well as interventional performances in New York City; Tallahassee, Florida; and Venice, Italy. Most recently he participated in the Diverse Universe Scandinavian Summer Tour 2017, “Made in China, Died in Venice” an interventional performance at the venice biennale 2017, The ITINERANT Performance festival in Queens, New York 2017, and the New Horizons Performance festival in Tallahassee, Florida 2017. Since 2015, Hendrickson has been pursuing his master’s research at Florida State University where he studied dance, theatre, shamanic ritual and performance.

Renée Regan is a contemporary artist with a background in Fine Art Photography. She graduated from the Corcoran College of Art + Design in Washington, DC and spent her college years learning the ins and outs of traditional and digital photography. Her career as a professional photographer with the Smithsonians, Hispanic Heritage Foundation, and Artex Fine Art Services has allowed her to fine tune her craft. In the past 8 years she has participated in over 30 art shows in the DMV area. Including performance art at the Transformer Gallery, Meridian House, and National Portrait Gallery and visual art at the Smithsonian Ripley Center, Willow St. Gallery, and most recently Martha Spak Gallery. She is a current member of the DC Arts Center’s Sparkplug program which acts as an incubator for artists. Her artwork is expressed through photography, drawing, performance art, and sculpture. The consistent thread in her work is the appearance of decontextualized objects, images, or even emotions to form alternative and sometimes contradictory perspectives. These highly crafted moments focus on compositional elements as well as the theatrical in an effort to test the limits of our reality and ignite our imagination.