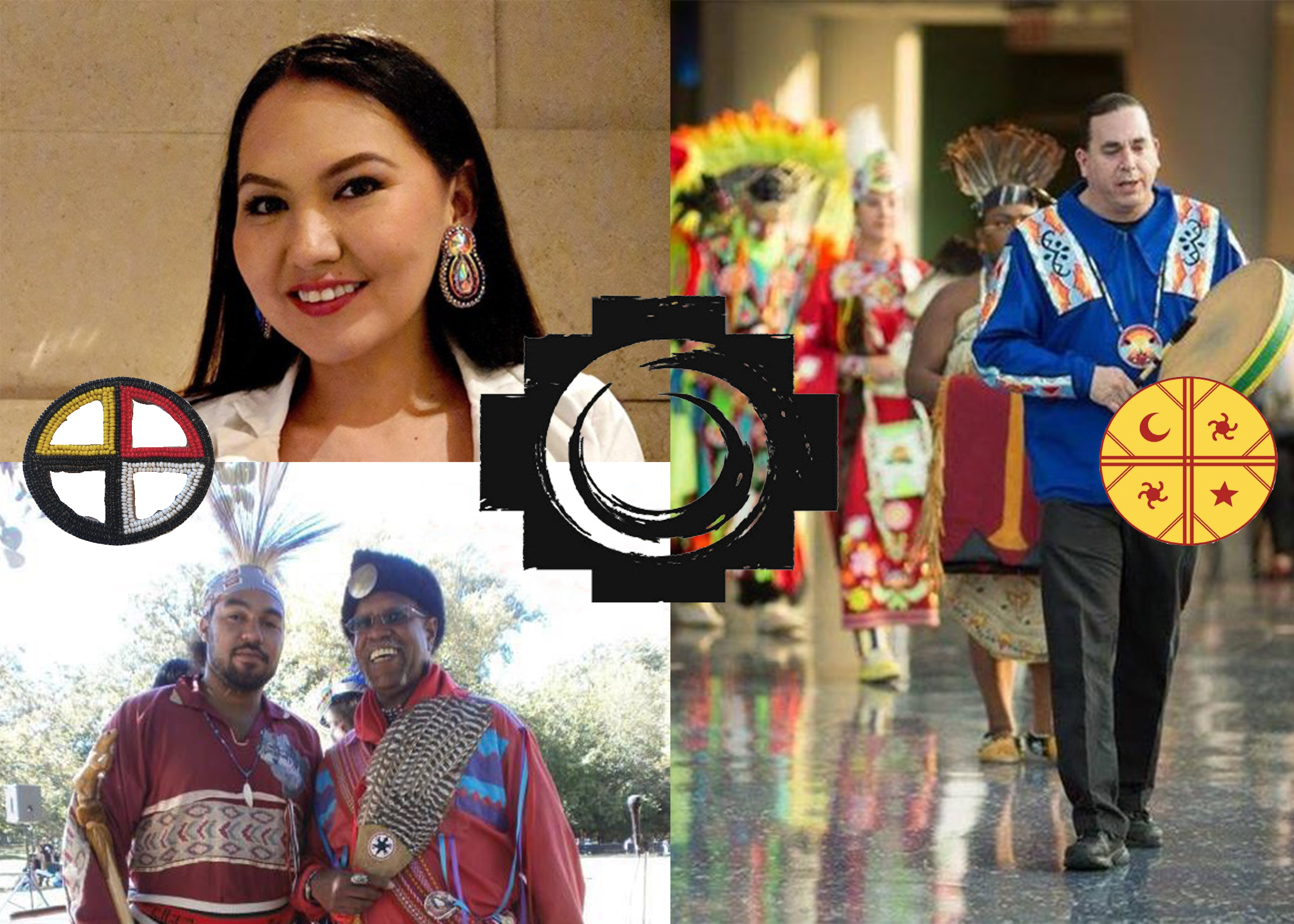 Please join us on Sunday, October 14th to celebrate Indigenous People’s Day with a series of educational presentations from the Matinnecok, White Apache and Passamaquoddy Tribes and the premier of the dance performance KIWE/UAQUE choreographed and directed by Cristina Cortés and Donna Ahmadi, an artist talk with Queens International artist Camille Hoffman in conversation with Ramapough Lenape tribal member Two Clouds, and a hammock weaving workshop with ArtBuilt Studio in the Park Artist in Residence Liene Bosque.

Indigenous Peoples’ Day is a holiday that celebrates the Indigenous peoples of America. It is celebrated across the United States, and is an official city and state holiday in various localities around the country. In South America is called “Día de La Raza” and it is a national holiday on  October 12th.

PROGRAM of Educational and Artistic Presentations:

Workshop: History of the ARAWAK people and Knotted Netting Hammock with Natural Fibers with ArtBuilt Studio in the Park artist in residence Liene Bosque (outdoors, Mobile Studio on the lawn in front of museum)

This workshop will pay homage to the origins of the hammock made by the Arawak or Taino people of South America and the Caribbean. Participants will learn from the history and ethnology of the mainland and Arawak islands, analyzing what kinds of natural fiber were available such as cotton, manila, sisal, among others. Using these fibers, participants will make a Knotted Netting Hammock, obtaining strands, making rope, and netting knots to compose hammock beds.

The result of an artistic laboratory created by New York based choreographers Cristina Cortés and Donna Ahmadi, inspired by the cosmic concept of the circle that Indigenous peoples of Americas have kept for millennia, this work honors those who have preserved traditions and keep us attached to this creative exchange in modern times.

The piece was inspired by the Indigenous worldview of life being a circle rather than linear and illustrates the Native concept of inclusivity of all peoples, cohabitation with each other with Indigenous methods to solve conflicts and reconciliation meeting the challenges of our current environmental struggles. An ancestral holistic approach that recognizes the interconnectedness of body, mind, emotions and spirit as a unit has been an indigenous tradition applied to education and to all aspects of life, which in modern times has been associated with the influence of East in West, the deep meaning of circle and spiral and of number four, a cultural and metaphysical belief that natural events occur in fours.

The circle and the quadrant of 4 is a constant in all Aboriginal Tribes in all of the Americas: We see it in North America with the Medicine Wheel, in South America with the Chakana in cultures of Inca/Kechwa descent and the Kultrun on the ancient Mapuche Culture. It symbolizes and resembles the cycles in the natural world: the shape of the earth, the sun and the moon, the circling of the wind, the circling of the birds when they make their nests, and so on. Likewise, the metaphysical 4 corresponds to the four elements, earth, air, wind and fire; the 4 seasons, 4 directions, 4 human races, 4 chambers of the heart, 4 moon phases, 4 quadrants of the body, 4 sections of the brain. Four puffs are taken when the ceremonial tube is smoked, water is poured four times onto the hot rocks of the ceremonial sessions of the Sweat Lodge or sacred ceremonies in South America.