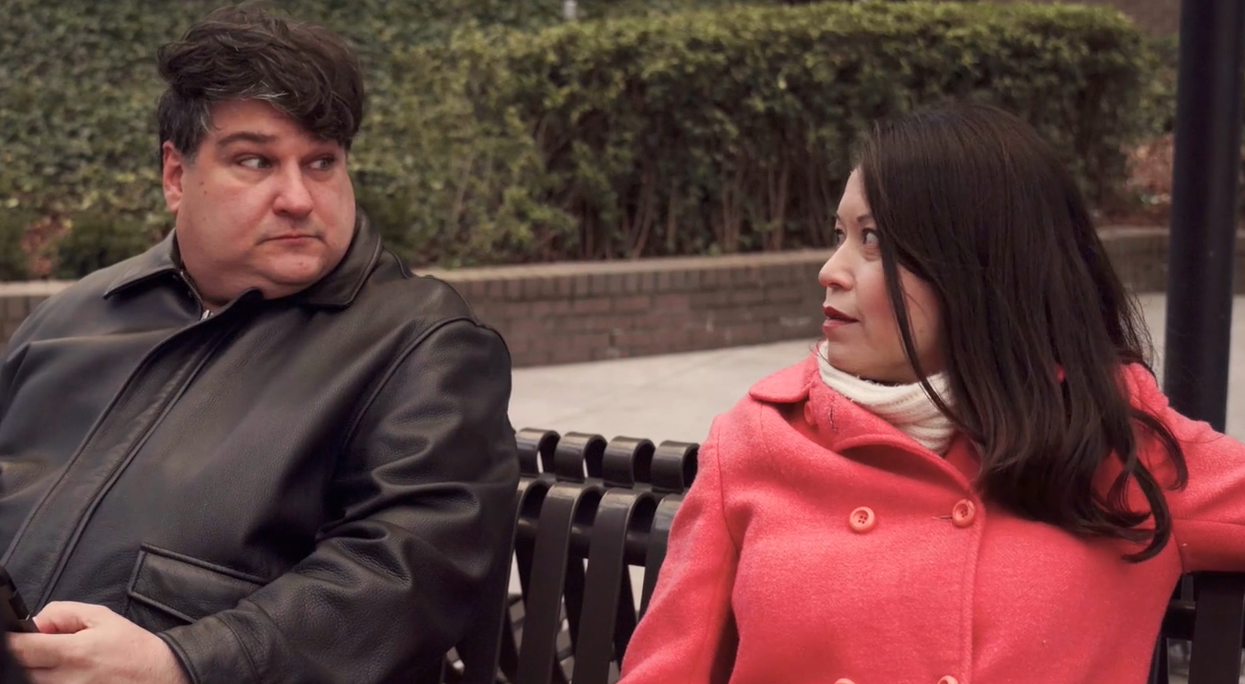 This year the festival is partnering with several organizations including the Queens Library Forest Hills Branch will be hosting five days of special screenings, presentations and workshops, all free and open to the public. Here at the Queens Museum we are thrilled to host two days of film programming presented by non-profit organizations ArteEast and the Asian American Film Lab, on August 4th and August 10th respectively.

Please join us on Saturday August 10th, for Race, Sex & Hold the Mayo! A Special Presentation by The Asian American Film Lab.

Can comedy be used to make us laugh at racism?  Sexism? Xenophobia? The Film Lab thinks it will not only do that but raise awareness about important issues in an easy, refreshing way!  Their recent gender bias comedy series enjoyed screenings, readings and shout out’s from CBS (read more here and here) and will now screen at the Festival of Cinema NYC, along with their series, “SOS,” a series of micro-comedy sketches.

Come prepared to laugh, learn and have an open dialogue!  The fun is part of a larger event about Film Lab’s use of the power of entertainment media to effectuate positive social change and raise awareness about important societal issues.  The screenings will be followed by a panel addressing the effectiveness of entertainment – particularly comedy – in addressing societal issues like gender bias and xenophobia. Panelists include TV network representatives and Film Lab management, along with cast and crew.

Find out more about the Film Lab at www.film-lab.org and YouTube.com/AsAmFilmLab