The Queens Museum is thrilled to be a venue partner for the New York City Artists Corps.

This major new initiative joins a number of other efforts currently underway to support the city’s cultural community while bringing the arts back to New York in the aftermath of the pandemic. The City has dedicated grant funding to collaborate with thousands of local artists, working across disciplines to reflect the full breadth and depth of New York City’s cultural community.

We are excited to host a vast selection of these artists in our showcase, who will be presenting their art, poetry, performances, film screenings, and a workshop on October 16, 2021, 12-5pm.

All events are free and open to the public. Weather-permitting part of the program will be outdoors on the museum lawn. Please note, all guests 12 years of age and older must present proof of Covid-19 vaccination for entry to the Queens Museum (more information about our visitor policies can be found here).

We are also thrilled to announce a special offsite program on Sunday Oct 17th:
Book Launch for Paolo Javier’s O.B.B. 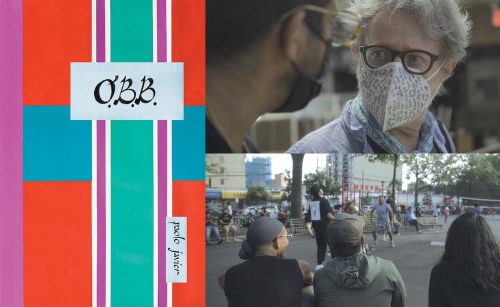 Please join us on Sunday, October 17, 2pm to celebrate the publication of O.B.B. a.k.a. The Original Brown Boy, by Paolo Javier, and the debut of Lynne Sachs’ short video, Swerve, which adapts poems from the book. The reading will take place at the Moore Homestead Playground in Elmhurst, Queens—a neighborhood park and location of Sachs’ video—and Javier will be joined by Stephen Motika, Aldrin Valdez, and the cast and crew members of Swerve—Emmy Catedral, ray ferreira, Inney Prakash, Jeff Preiss, Juliana Sass, and Priyanka Das. Swerve will be playing as a video installation inside of HK Food Court, located across from the park at 8202 45th Avenue, from 12 to 6 pm. Subway directions from Queens Museum to this event can be found here.

Please join us for an art-making workshop to kick off the day of programming. The workshop will take place outdoors or inside the museum, depending on the weather conditions. 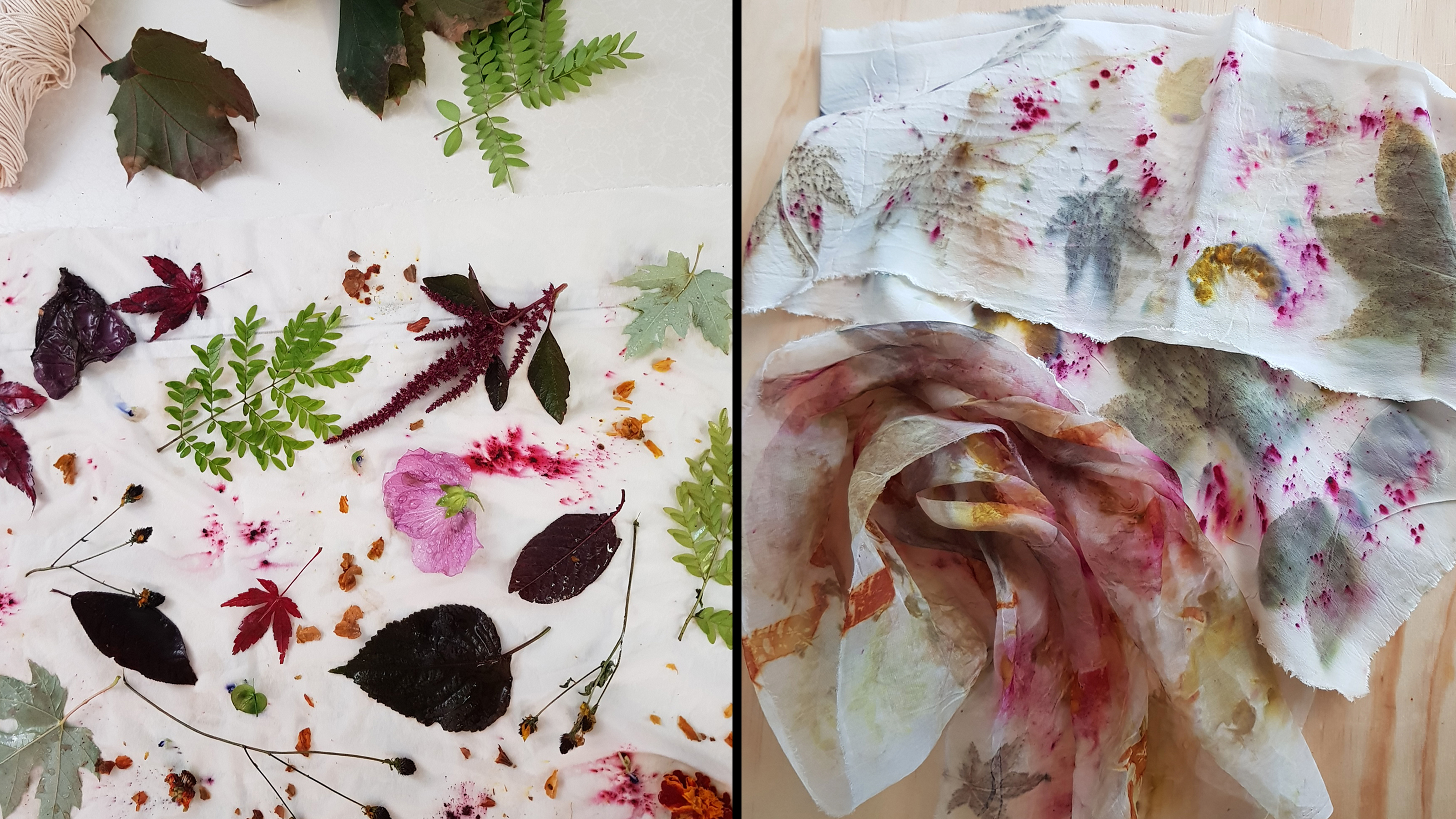 Introduction to Eco-printing is a 2.5hr workshop by Dani C. Song

All materials are provided. Registration is required (please RSVP here) and participation is capped at 15 people.

Introduction to Eco-printing: How did people color their clothes before the invention of chemical dyes? Organic matters such as plants and insects were used to dye fabrics. Natural minerals were also used to create beautiful colors. “Eco-printing” is a form of natural dying technique, where plants are used in order to “print” on fabric.  When the botanical materials, such as leaves and flowers are laid out on fabric, bundled together and then steamed, they transfer their colors onto the fabric. Results are the watercolor-like images of leaves and flowers on the fabric. During the Eco-printing workshop, each participant will create his or her own eco-print on silk fabric.

Dani C. Song is a Queens based artist and a founder of an indie design label, XSILK. Since 2011, her fiber focused art practice has evolved into textile dyeing, apparel and accessory making.

Please join us for the Outdoor Series of Performance on the museum lawn. (In case of inclement weather this program will take place inside the museum.)

1PM: Music and Open Drawing with the Michael Gallant Trio 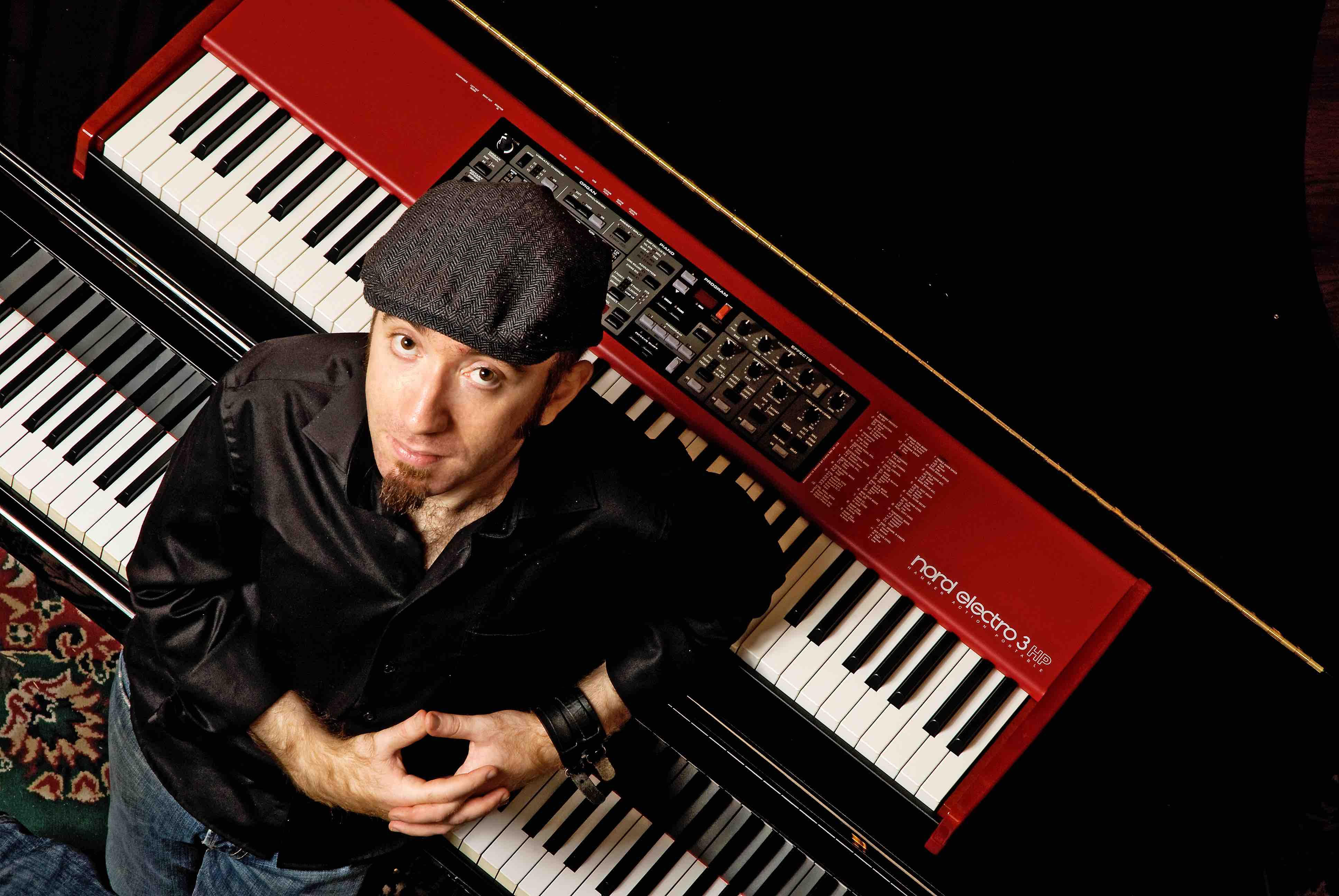 The critically acclaimed Michael Gallant Trio will share an hour-long set of original music that blends elements of propulsive rock, improvisational jazz, and Romantic harmonies. As audience members listen, they will have the opportunity to create their own visual art in response to the music, and the band will feature the resulting works in an upcoming video.

Michael Gallant is a New York-based musician, composer, writer, and entrepreneur. His credits include performances at Carnegie Hall and Lincoln Center, a solo piano rock album released on the Steinway & Sons label, and the Michael Gallant Trio’s critically-acclaimed debut recording Completely, which earned four stars from DownBeat and was described by the magazine as “infectious and captivating.” 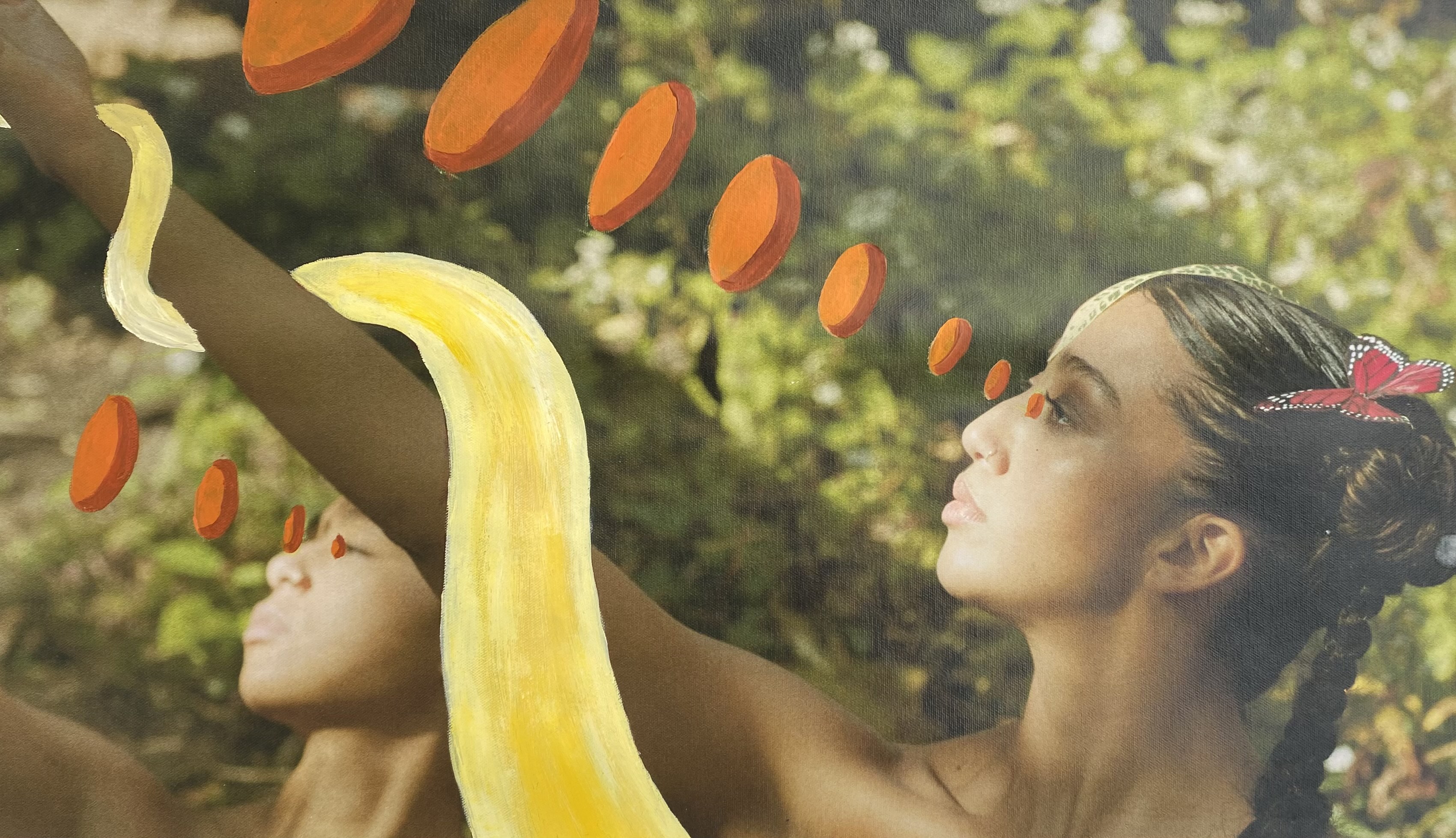 Manuela Agudelo of Kaleidospace will perform a 1 hour solo excerpt from the production Legado Dorado Afro Indigenous Colombian dance fusion telling the stories of her female ancestry. Kacia Flórez will sing Andean music, she will read poetry about Divine femininity, and Mother Nature. Mark Saldana and Kelly Arrango will be showcasing artwork about unheard stories within families of color.

Kaleidospace is a Queens-based collective focused on the intersection of art, activism, and community. We create platforms for Black, Brown, AAPI, and LGBTQIA+ creatives to bring their talents to our community by providing spaces for education and cathartic healing. We heal, find strength, and provide comfort through the collective ritual of sharing and receiving; in this sacred exchange between artist and audience, we mobilize a transformation in our borough, our city, and ultimately, our world. 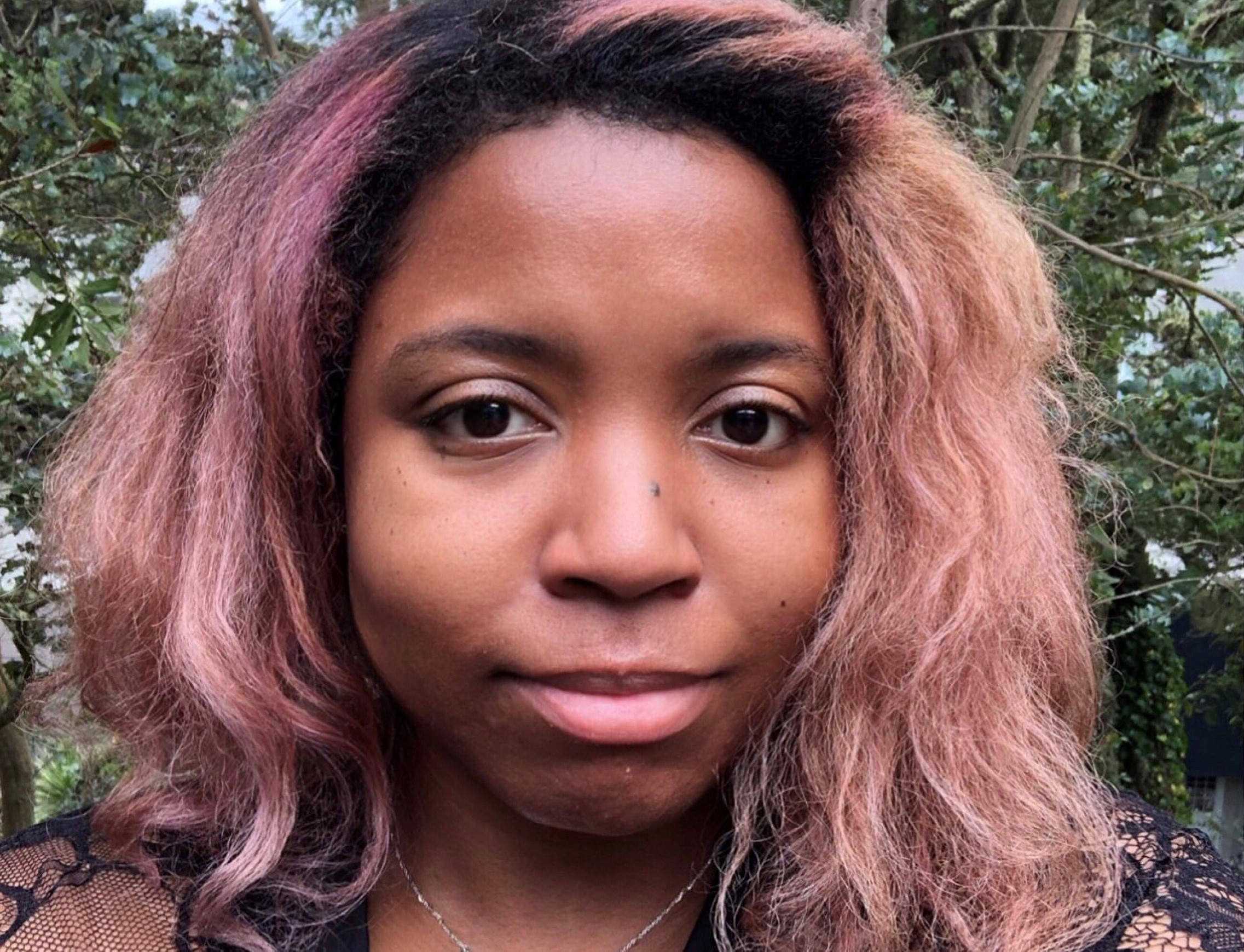 Kimberly Reyes will read from her upcoming book of poems Vanishing Point (Omnidawn 2023). Her set will include work on identity, ecology, and sexualiy.

Please join us for the Indoor Screening Series featuring a selection of 8 short to full length films and video art projects. Each screening will be followed by a Q&A with the artists. 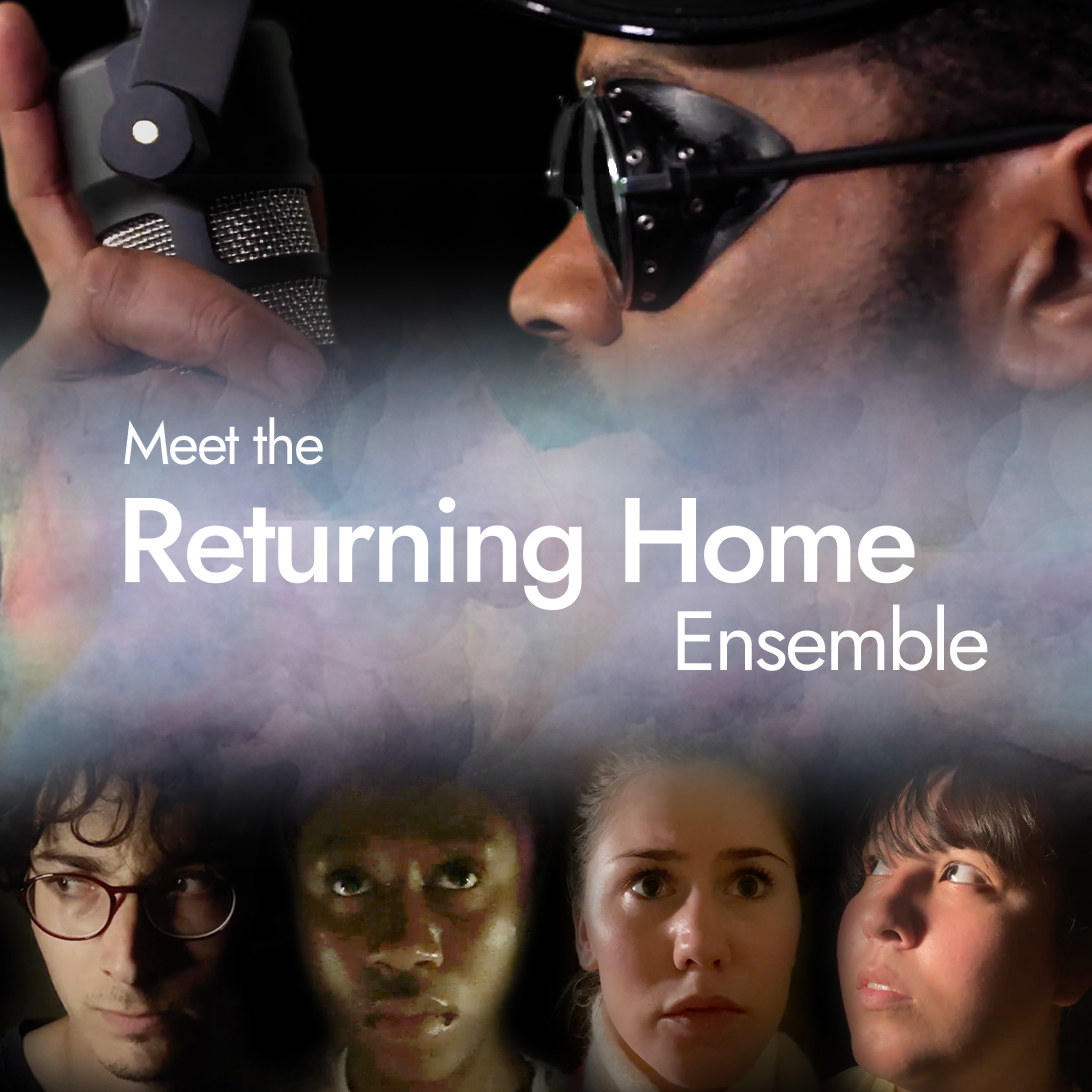 Duration: 42 minutes, followed by talk back with Todd Townsend

Returning Home is an experimental, virtually crafted film devised by artists from across the country. Designed through multiple genres and mediums, and based on true stories of emotion and struggle, we are taken on a journey with six characters exploring what it can feel like and mean to be human, bringing us closer to home and hope.

Jamie Lazan is a Queens-based artist, educator and community builder, using her creativity to foster meaningful connection, impact and shape perspective. In her efforts as a creative visionary, Jamie founded The Human Arts Collective, an organization amplifying creative expression and person-centered storytelling to empower the human condition. She holds a Bachelor of Arts in Human Services from SUNY New Paltz and is a graduate of the Self-Generative Theatre Program at Stella Adler, and is grateful to share Returning Home with you. To learn more about her and her incredible teammates, visit The Human Arts Collective’s Website. 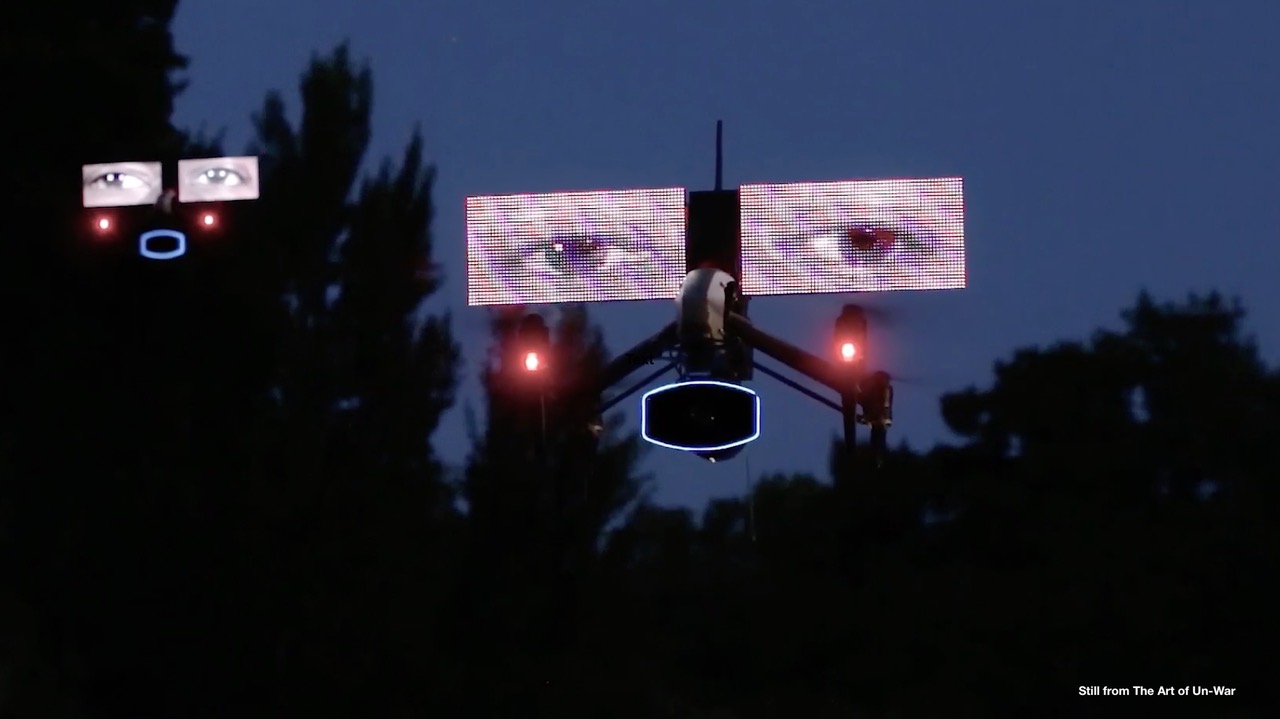 Maria Niro is a New York City-based artist, and filmmaker whose work crosses several disciplines: film, video, photography and sound. Her moving image work includes long form documentary, and experimental shorts. Her films weave together found sound, images, and poems, to create a collage of aural and visual prose.  Her recently completed film The Art of Un-War is a feature-length documentary exploring the political urban interventions of the internationally renowned artist Krzysztof Wodiczko. The film is made possible by the New York State Council on the Arts with the support of Governor Andrew M. Cuomo and the New York State Legislature. Niro’s films have screened and exhibited in festivals and gallery spaces worldwide. 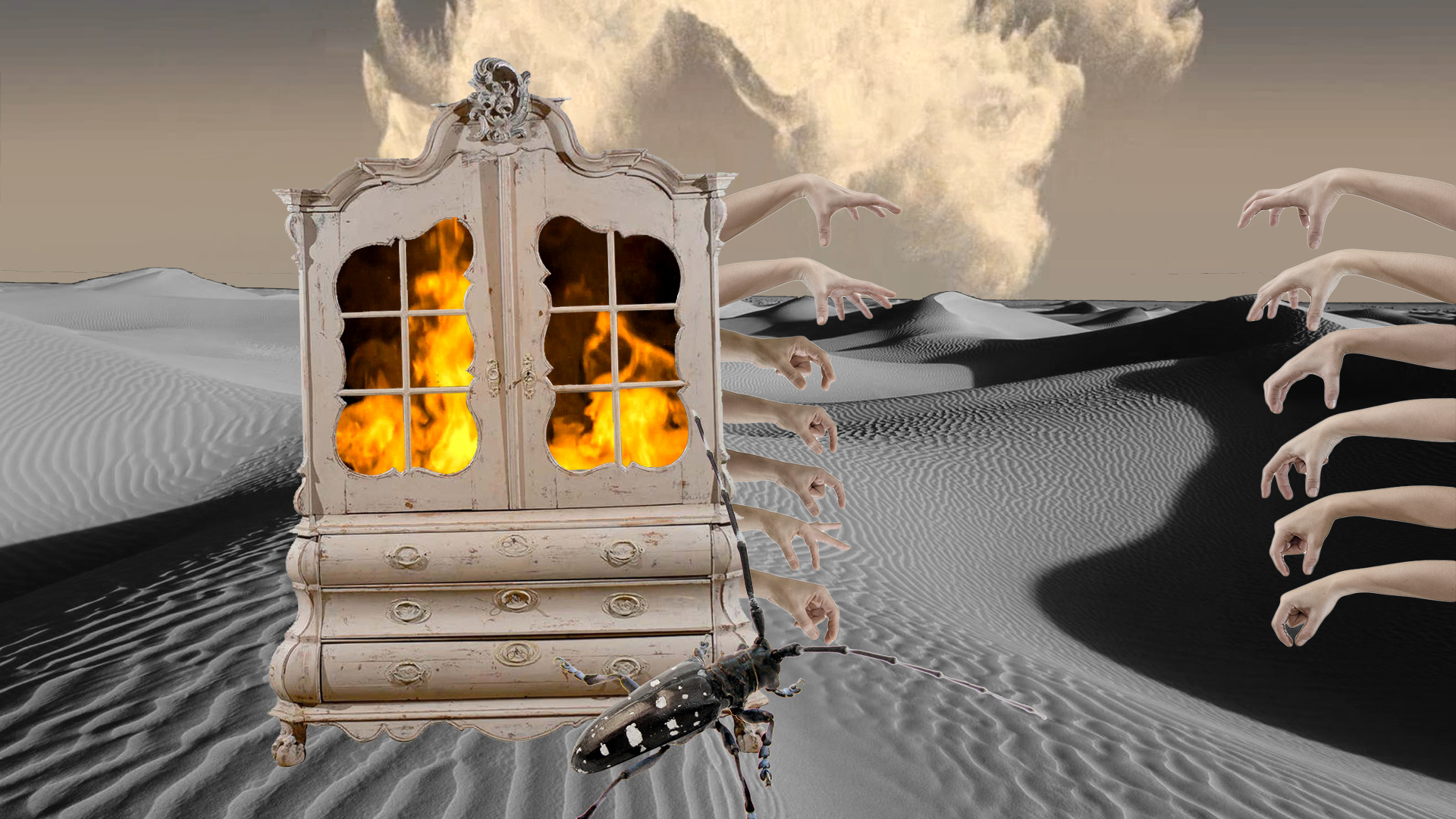 Bone and Air is an audience participatory visual and sound installation inspired by the idea of the juxtaposition of bone conduction (within the human body) and air conduction (receiving sounds via the ears). The audience members are invited to make certain sounds through the piece according to the graphic score as an ensemble to create a spontaneous heterophony that is unique each time.

Facilitated with unconventional sound and found visuals, Tansy Xiao creates theatrical installations with non-linear narratives that often substantiate the ultimate inadequacy of language and extend beyond the fourth wall. As a flâneur who traveled extensively in different continents prior to her relocation to New York, the multiplicity and poetics of her work also echo those journeys. 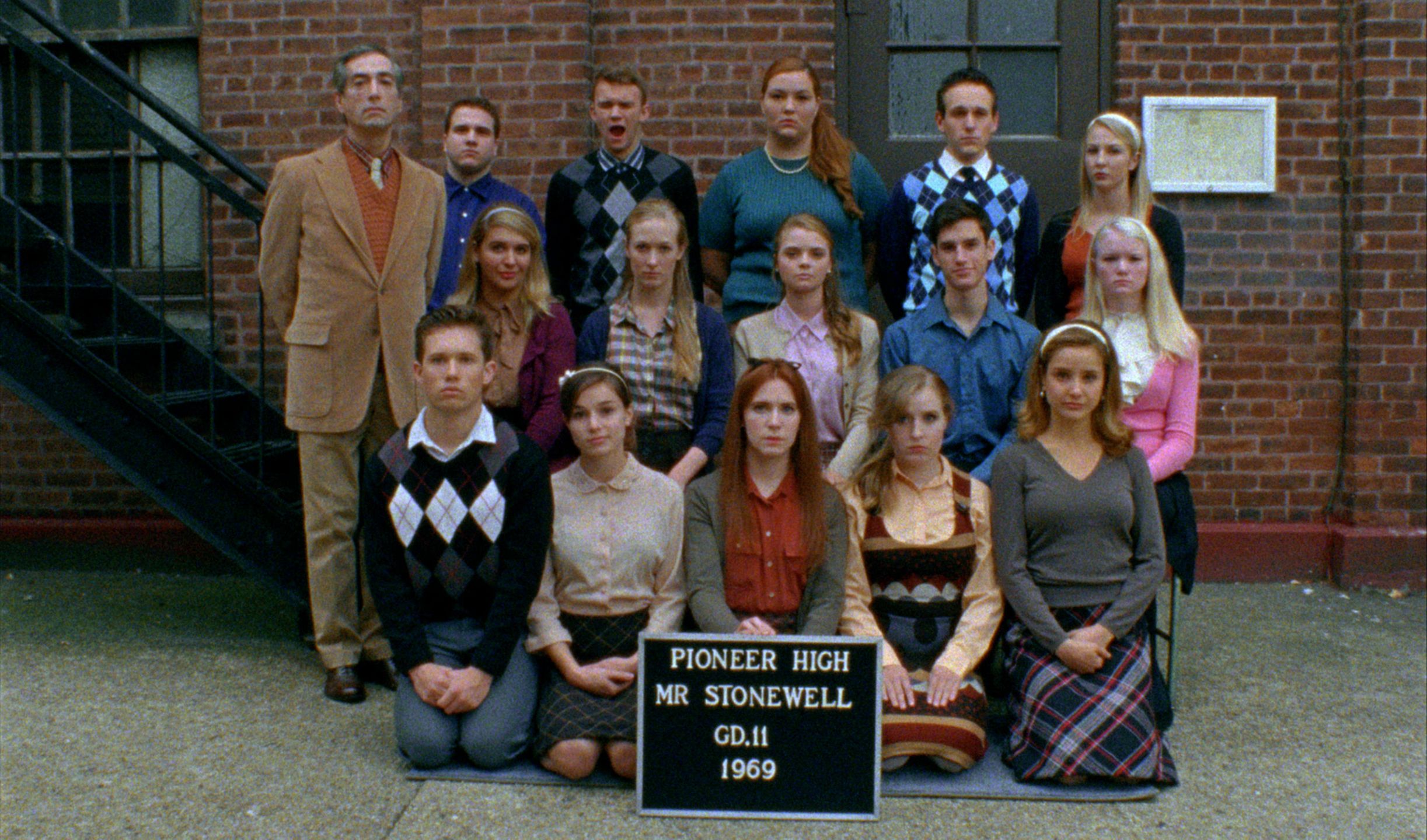 In 1969, Hala emigrated from Palestine to Michigan and attended a high school that prohibits girls from wearing pants. With her limited English, Hala, an unsuspecting rebel, repeatedly disobeys the rule. A revolution brews as the teacher loses control of his classroom to the new girl’s influence.

Suha Araj creates films that explore the displacement of immigrant communities. The Cup Reader, shot in Palestine, screened at the Tribeca Film Festival and was awarded The Next Great Filmmaker Award at the Berkshire International Film Festival and Baghdad International Film Festival. Araj followed with Pioneer High. She has received support for her work from the Sundance Film Festival, Torino Film Lab, Independent Filmmaker Project, Berlinale Talent Project Market, Center for Asian American Media and Cine Qua Non Lab. She is the 2018 recipient of Tribeca/Chanel Through Her Lens production funding for her new film Rosa, now on HBO Max. 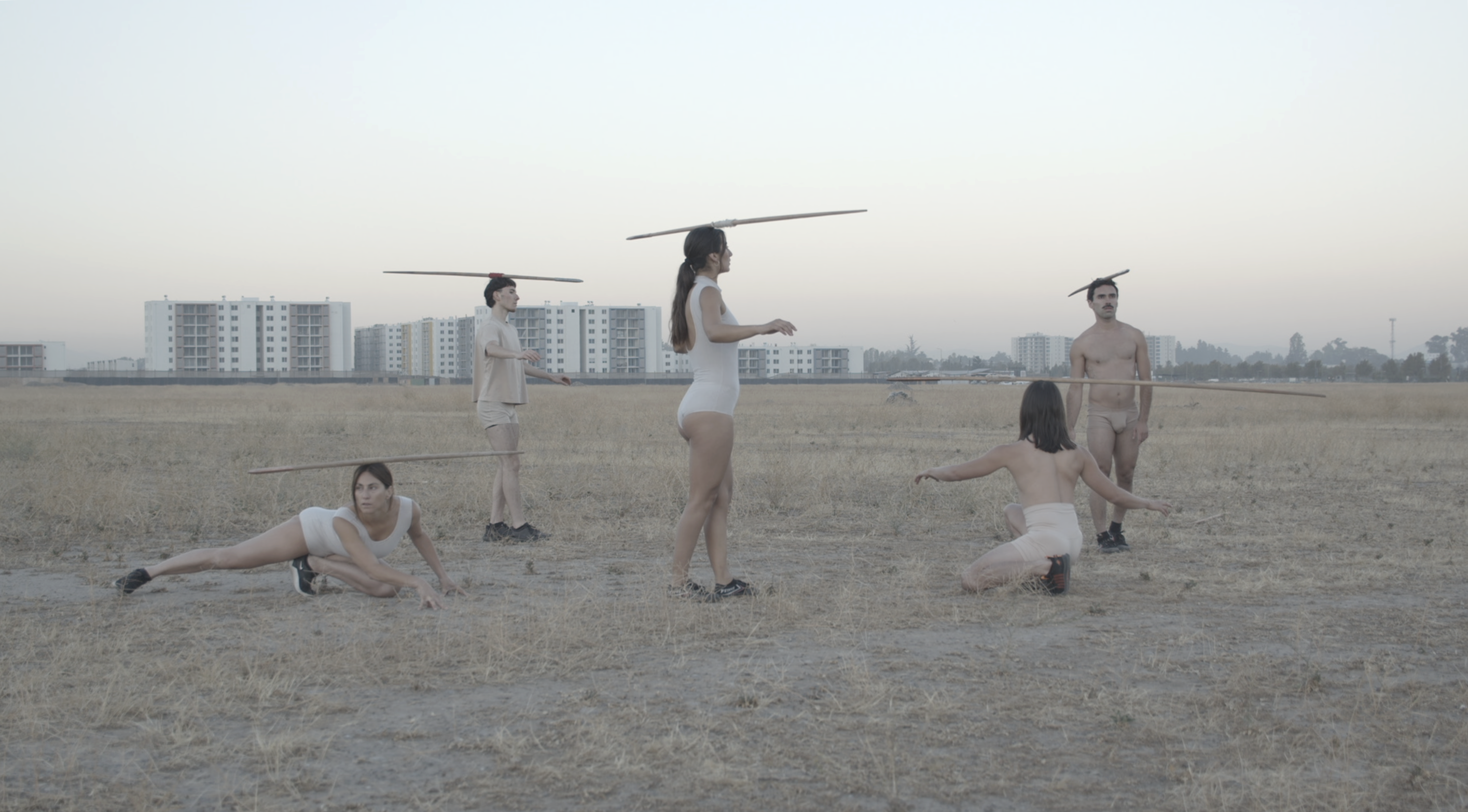 The Javelin Project consists of a 30-minute ritual-performance that explores the concepts of immigration, resistance and freedom from the history of the ancient spear to the contemporary professional javelin. Inspired by the throwing of the javelin in ancient Greece, the project seeks to reflect on issues of power and patriarchy through a choreography based on movements from the early aboriginal cultures to the capitalism system we inhabited.

The music and architectural composition invites us to think about a constant and continuous journey, interspersing elements, spaces and perceptions such as wind, waves, survival, nomadism, writing, search, translation, isolation, confinement and the sense of community. The choreography presents different temporalities and balance changes, following a journey that seeks an infinite cosmological space. The javelin gravitates in the air, opening up new narrative possibilities as it falls into the ground.

María Verónica San Martín is a Chilean New York-based artist and educator who explores the impacts of history, memory, and trauma through prints, artist books, installation, sculpture, and performance. San Martín was a fellow at the Whitney Museum’s Independent Study Program and a scholar at the Center for Book Arts. Her work is in more than 50 collections including the Centre Pompidou (Paris), the Metropolitan Museum (NYC), The Museum of Memory and Human Rights (Santiago) and the Walker Art Center (Minneapolis). She has exhibited nationally and internationally including The Immigrant Artist Biennial in New York, and has been awarded two New York Foundation for the Arts (NYFA) and three National Chilean grants (FONDART). 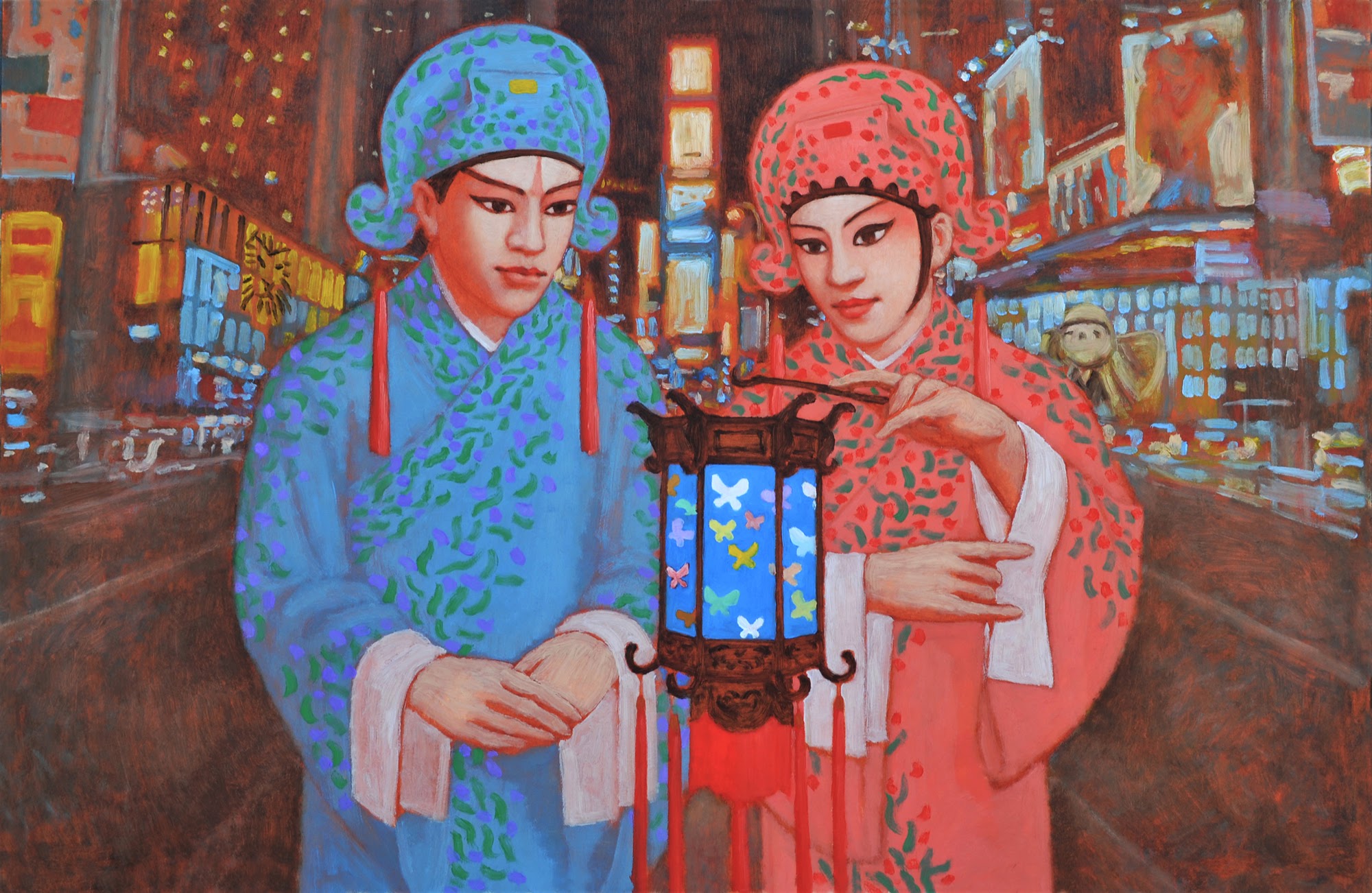 4:15PM: I Tried to Write a Love Letter with my Body by Priyanka Das 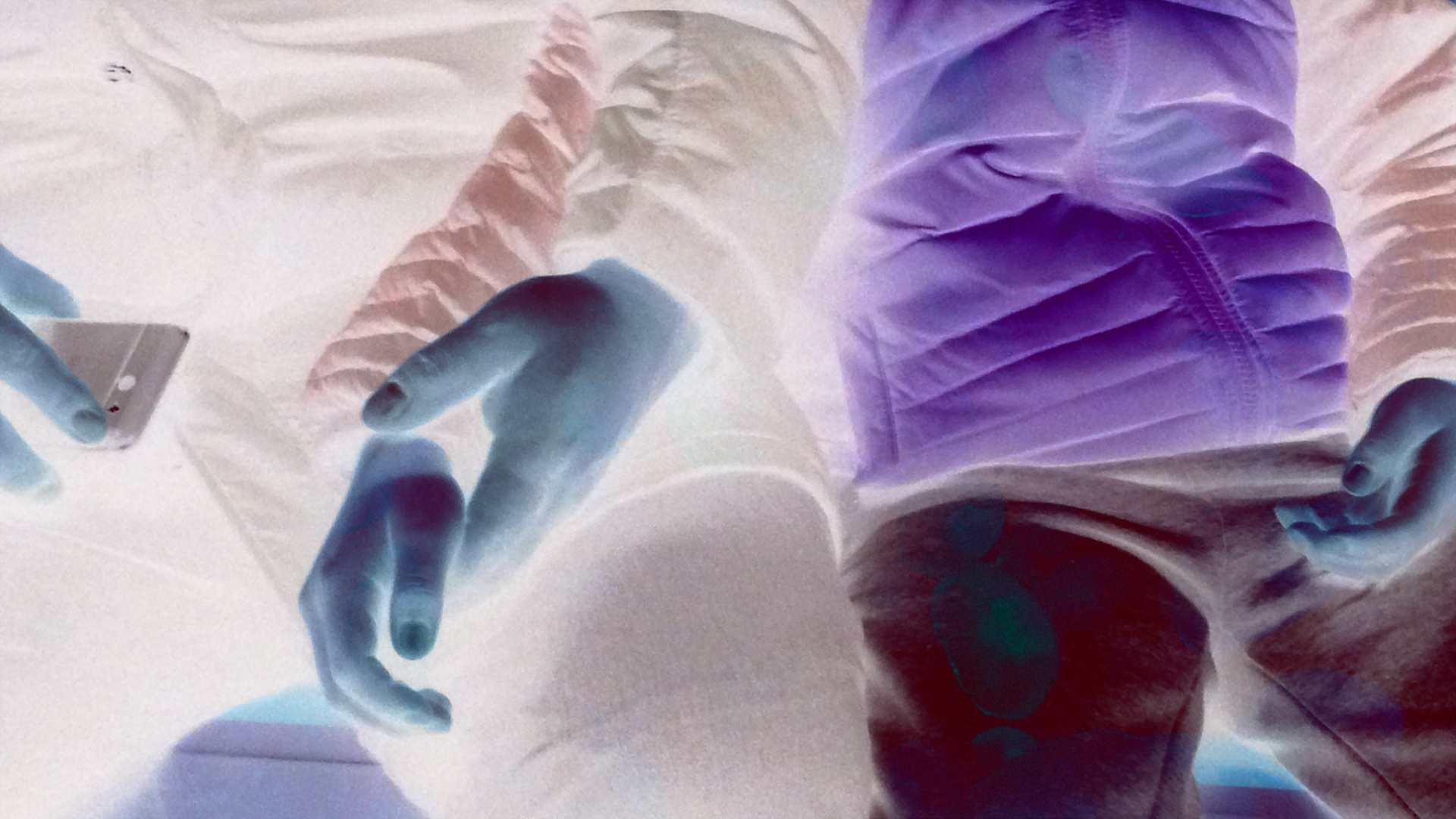 A personal letter written in the “feminine voices”, desires, struggles, conflicts, and assertive in its senses, feelings, and emotions permeates our daily existence. 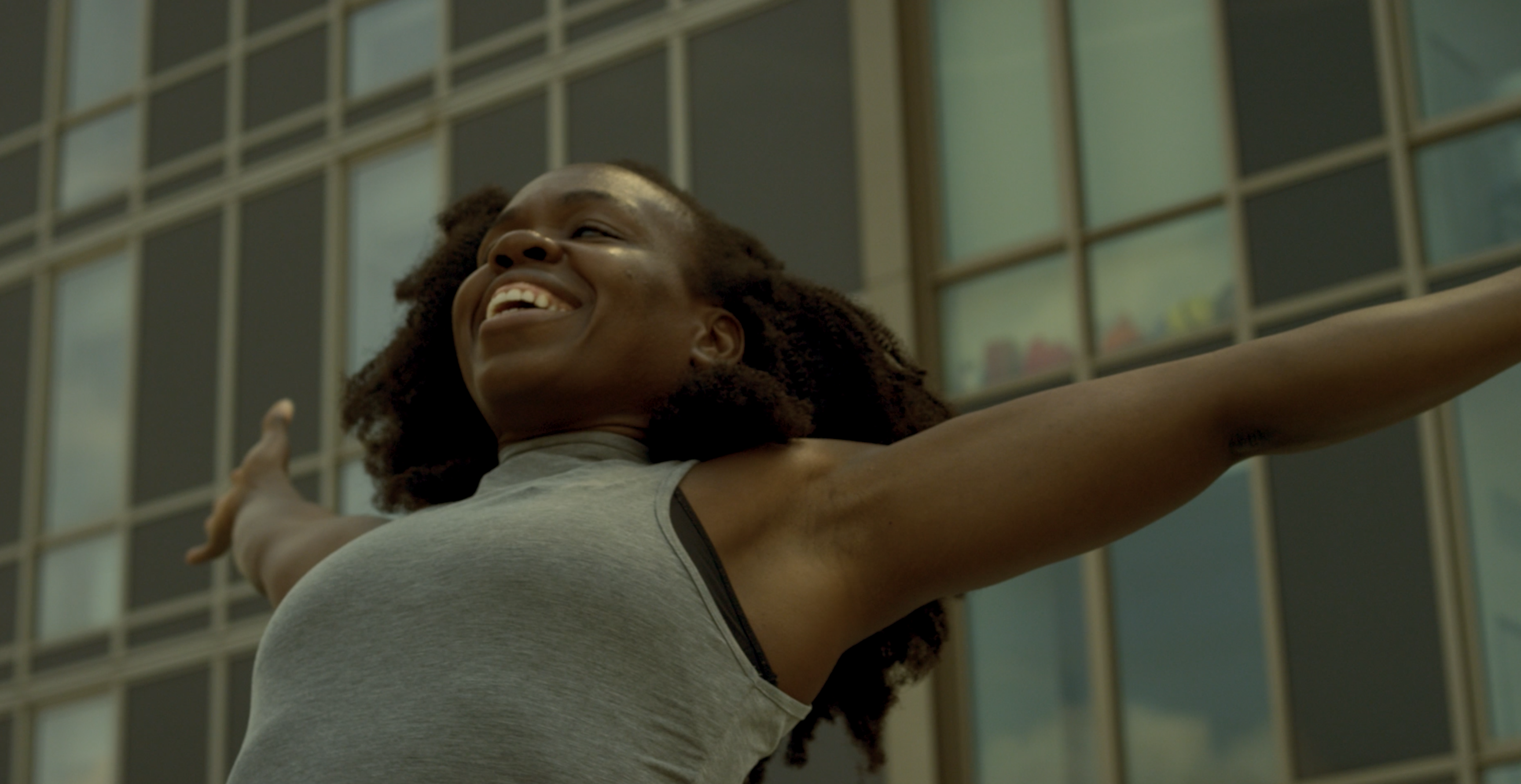 Playwright and actress Ngozi Anyanwu (GOOD GRIEF) takes us to the neighborhoods and theatres that have been part of her NYC journey, in this short film made in collaboration with filmmaker Alfonso Johnson.

Alfonso Johnson is an award winning filmmaker from Queens, NY. Alfonso was an alumni of the HBO Directors Access Program, FILM INDEPENDENTs FAST TRACK and SCREENWRITERS LAB. In September 2021, Alfonso will participate in the SUNDANCE’S CATALYST Program, an invite only program that connects Filmmakers and their producing teams with financiers in hopes of assisting them in bringing the story from script to screen. He’s in post production on two of his latest short films, MAYBE DORORTHY WAS RIGHT that follows the NY experience of artist Ngozi Anyanwu, and SOMETHING IN THE TREES, that examines the life and nefarious circumstances surrounding the death of Dominique Alexander, a 27 year old Black man who was found hanging from a tree in Fort Tryon Park in the Washington Heights section of Manhattan. He is currently in development for his debut feature film (THE LEGEND OF) MAN-CHILD KENNY.