The first program dedicated to the discussion and exploration of various themes in Performance Art, TALKaCTIVE, begins the Fall 2017 season series with the presentations of “Performance as Exploration.” This month’s conversation focuses on aspects of explorative creation, experimentation with body embodiment, corporeal manifestations, and exploration of performative actions in today’s socio-political climate. Featured artists investigate, reference, and explore modalities of the performative. The presentation of documentation of works will be followed by a panel conversation and Q&A with attending audience. 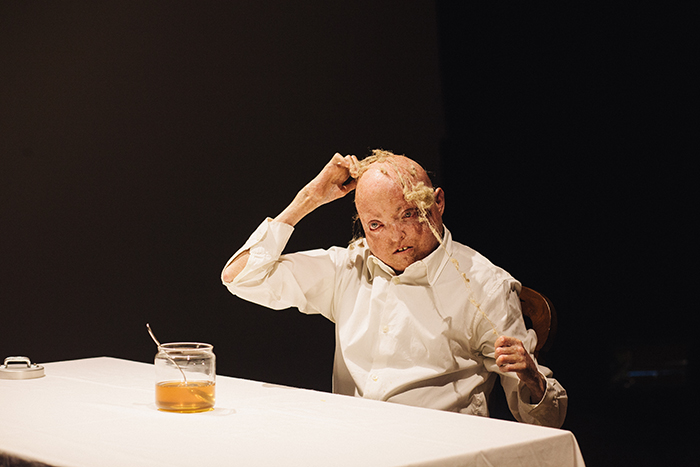 NICOLA FORNONI was born in Brescia, Italy.  He has been working in Performance Art since 2013. This year he performed in Italy and participated in the 4th International Performance Art Weekend of Berlin at Luisa Catucci Gallery (Berlin, DE). He won the Roman Premio Adrenalina in the silver category of performance art. His performances address and reference body themes inherent to the artist’s life and social issues. Fornoni challenges himself to corporeal endurance tasks considering Performance Art as a natural remedy, and source of freedom. Fornoni uses other modalities of performance such as Video Art as documentation and expression of his actions. His intent is to be able to change society by affecting people’s perceptions while showing the force of the body without remorse. His works have been exhibited, and he has performed in Tactile Bodies, at the Sensorium Space of Nicosia, Cyprus; he was featured in the the 3rd Venice International Performance Art Week in Venice, Italy, as well as in the Festival Muscopio-Video Arte Itinerante de Mexico, Mexico City, and in PAS, Festival de Performance Art de Bogotà, Colombia. His artistic practice has taken him to present work in many cities in his home country: Rome, Milan, Ferrara, Pescara, and abroad: Jakarta, Belo Horizonte, Ciudad de Mexico among others. 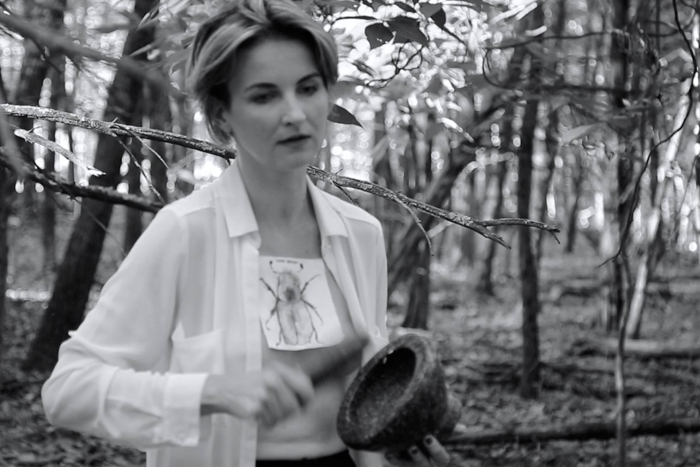 KAROLINA KUBIK, daughter of Bogumiła, sister of Katarzyna, granddaughter of Irena and Czesława, born in Poland, is a visual performance artist, poet, activist. She performs in between definitions, checking what a counter-culture and poetic terrorism means for her, creating installations, video-art, drawings and workshops. In her art she concentrates on the changing subjectivity of the spectator and the artist, when the latter noticeably becomes a spectator of the spectator. The ever present use of history, both in individual and collective experience, tries to connect dialog forms with the inexpressible; democratising the practice of art. Examining the axis between the human body and geopolitical nature of things. A crucial element of her performance lies in time and embarrassing situations, which verify the attractiveness of norms and experiences. A graduate and PhD candidate in the Academy of Fine Arts, University of Fine Arts in Poznan; she has participated in projects, collective exhibitions and performance art festivals in Poland and abroad (among others, in Bratislava, Belfast, Berlin, Edinburgh, Kaunas, London, Lviv, Madison, New York, Istanbul, Jerusalem/Tel-Aviv, Skopje, Tartu, Zagreb). Between 2010-2013 she worked as a Graduate Assistant at the Studio of Spatial Activities with prof. Miroslaw Balka at the Academy of Fine Arts in Poznan 2010/11 and at the Academy of Fine Arts in Warsaw 2011/13. She is based in Zelow and Poznan, where she works as a Graduate Assistant in the University of Arts Multimedia Department. As the recipient of the Fulbright U.S. Student Grant, she is currently attending Pratt Institute (Brooklyn). 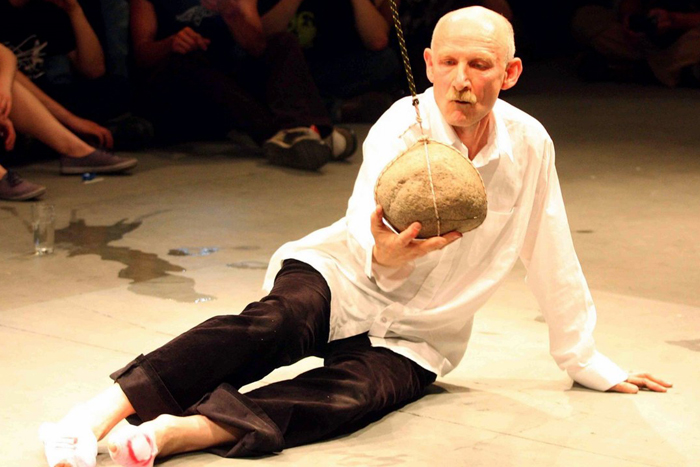 ANTONI KARWOWSKI is a Polish lyrical abstraction and neofiguration painter and performance artist. Karwowski was raised in a small town in Eastern Poland, and grew up in a multigenerational family under the strong influence of his father and Russian grandfather, Szymon Zub. His father gave him his first drawing lesson, and his grandfather was also creative, writing poetry and singing old Russian songs. His later work was influenced by Polish and Russian culture and traditions, as well as a childhood surrounded by the wilderness that encouraged his sensitivity and strong feelings of individualism. After graduating high school Karwowski started painting more and experimenting with different forms of art. He worked as a miner while conducting his search, and later joined the Fine Arts Faculty at the Nicolaus Copernicus University in Toruń, where he developed his talents and became a professional artist. In early 80s Karwowski and Zbigniew Oleszynski started a Polish performance group known as “Group A”. From that time on, Karwowski has been heavily engaged in performance art, both as an organizer and a participant. Since 2003 he has been organizing the International Performance & Intermedia Festival in Szczecin.

HECTOR CANONGE (creator and curator of TALKaCTIVE) is an interdisciplinary artist, curator, media educator and cultural entrepreneur based in New York City. His work incorporates the use of new media technologies, cinematic narratives, Live Action Art, and Social Practice to explore and treat issues related to constructions of identity, gender roles, psychogeography, and the politics of migration. He has exhibited and presented broadly in the United States, Latin America, Europe and Asia. As cultural entrepreneur, Canonge created and directs the annual Performance Art Festival of NYC, ITINERANT.  Among his cultural and artistic initiatives, he started the programs: ARTerial Performance Lab (APLAB), an project to foster collaboration among performance artists from the Americas, PERFORMEANDO, a program that focuses on featuring Hispanic performance artists living in the USA, NEXUSURNEXUS a virtual platform for Live Action Art, and PERFORMAXIS, an international residency program in collaboration with galleries and art spaces in Latin America. After living abroad for almost 3 years, Canonge returned to the USA in late 2015 to continue with his projects, exhibitions, and presentations: TALKaCTIVE, performance art series, CONVIVIR, international residency program at his new space, MODULO 715 in Jackson Heights, Queens, and LiVEART.US a program focusing on featuring artists exploring live art . The artist is currently at work for his upcoming presentations in the city.