PERFORMEANDO, the platform for Hispanic, Latin/a/o Performance Artists presents the program Reflections a series of public interventions at Flushing Meadows Corona Park.  Reflections questions the appropriation of public space and the representations of body politics in urban recreational settings. PERFORMEANDO was created and is organized by artist, Hector Canonge.

Camila Cañeque (pictured above) was born in Barcelona, Spain. She is a conceptual performance artist whose practice consists of the construction and incarnation of characters, a time-based work that frequently affects her biography and vice-versa, dwelling in the grey area between fiction and fact, role-play and self. The different personas, as social and aesthetic objects, are the main tool for each specific research, where she toys with the nuances of authenticity and challenges the parameters of subject/object and public/private, generating a maze of mirrors where it is difficult to discern between the purely real and the deliberate representation. She has performed in a variety of venues what she considers to be the essence of the long durational narratives, pieces that repeatedly involve a circular time, with no beginning or end but a permanent standby, a pause ad nauseam stating non-action as the only possible action. 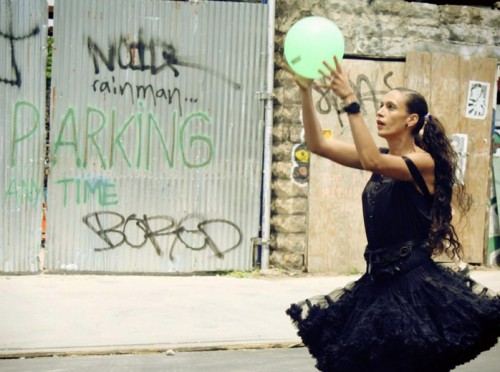 Claribel Jolie Pichardo was born and raised in NYC. Her artistic background is multi-faceted drawing from visual arts, performance and writing. She was trained academically in the arts, and likes to describe her performance work as nomadic, using personal experiences to set the stage for spontaneous interactions with live audiences. Pichardo’s work was featured by Exit Art’s Trickster Theater, Grace Exhibition Space, Panoply Performance Laboratory, Glasshouse Project, and in programs such as Bushwick Open Studios for Spread Art, and Performance Anxiety.  Pichardo has been presenting in PERFORMEANDO since the program was initiated in 2013. 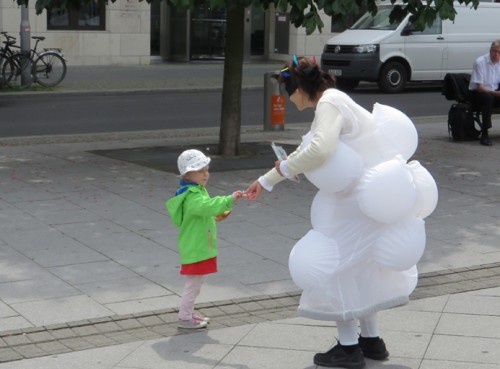 Angela Freiberger was born in Rio de Janeiro, Brazil. While still living in Brazil, she embarked in numerous adventures and journeys, producing performances, videos and interactive works in different places in the world, from Macapá in the Northeast of Brazil to New York City, and later France, England and other countries in Europe. For the past twelve years Angela has been living in New York City where she obtained a Masters in Fine Arts at the State University of New York, Stony Brook (2007). In 2009, Freiberger performed with Marina Abramovic at her solo exhibition, “The Artist is Present,” at the Museum of Modern Art in New York. In 2010, Angela received the Senior Fellowship from Terra Foundation for American Art in Europe (Giverny, France). In 2012, she participated at a residency in Hasselt, Belgium, “Hotel de Immigrantes 2, Cosmopolitan Stranger,” which paralleled Manifesta 9. Freiberger has been presenting in PERFORMEANDO since 2014 participating in the program’s European version during Month of Performance Art Berlin in 2015. 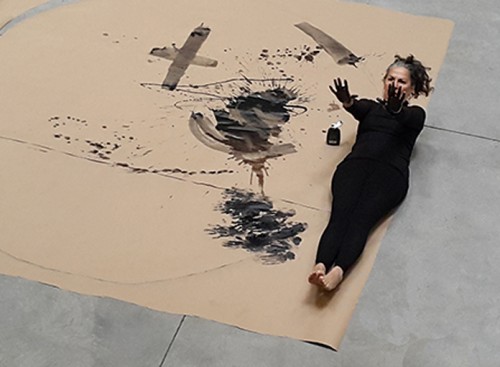 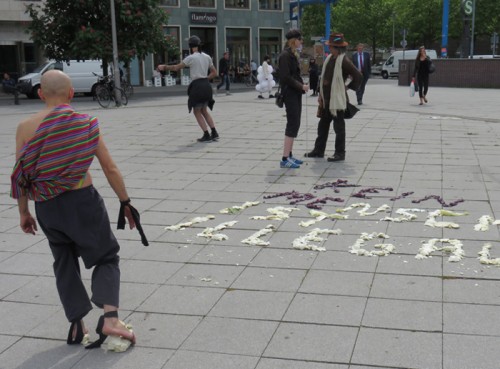 Hector Canonge (Founder and director of LiVEART.US and PERFORMEANDO) is an interdisciplinary artist, curator, media educator and cultural entrepreneur based in New York City. His work incorporates the use of new media technologies, cinematic narratives, Live Action Art, and Social Practice to explore and treat issues related to constructions of identity, gender roles, psychogeography, and the politics of migration. He has exhibited and presented broadly in the United States, Latin America, Europe and Asia. As cultural entrepreneur, Canonge created and runs the Annual Performance Art Festival NYC, ITINERANT, started ARTerial Performance Lab (APLAB), an transcontinental initiative to foster collaboration among performance artists from the Americas, and directs his independent programs: PERFORMEANDO, a program that focuses on featuring Hispanic performance artists living in the United States and Europe, NEXUSURNEXUS a virtual platform for Live Action Art, and PERFORMAXIS, an international residency program in collaboration with galleries and art spaces in Latin America. After living most of his life in the United States, Canonge returned to South America in 2012, and lived abroad for almost 3 years. The artist returned to New York City in late 2015 to continue with the development and execution of new projects, exhibitions, and initiatives such as ITINERANT, Performance Art Festival NYC, taking place in the 5 boroughs in the city. He also launched TALKaCTIVE: Performance Art Conversation Series, CONVIVIR, the international residency program at MODULO 715, his new space in Jackson Heights, Queens. In 2016, Canonge initiated the Performance Art program LiVEART.US hosted at the Queens Museum, started teaching Performance and Media Arts at City University of New York, and continue with his program PERFORMEANDO, the performance art program that focuses on featuring works by latino/a artists in the USA. Canonge is currently working in his new project “A Home of Our Own” as resident artist for Residency Unlimited.