ITINERANT, the annual Performance Art Festival of NYC (May 21-25. 2019), invites the public to a week of Live Action Art in different boroughs in New York City.

This year’s program, directed and curated by interdisciplinary artist, Hector Canonge, focuses on works that explore, treat, propose, and consider somatic (re)constructions and (re)presentations regarding gender, nationality, identity, and civil status. Departing from the current social, political, economic transformations around the globe, ITINERANT will feature performances by local, national as well as international artists from Europe, Latin America, Asia, and North America.

The festival opens in Manhattan at GRACE EXHIBITION SPACE with the screening of video performance and live action (Tuesday, May 21). Program of performances will follow at SMACK MELLON (Wednesday, May 22), BRONX ACADEMY OF ARTS AND DANCE, BAAD (Thursday, May 23), GRACE EXHIBITION SPACE (Friday, May 24), and at QUEENS MUSEUM and FLUSHING MEADOWS PARK (Saturday, May 25). The closing event is scheduled for Saturday, May 25, 8-11pm at LAST FRONTIER NYC in Greenpoint, Brooklyn. 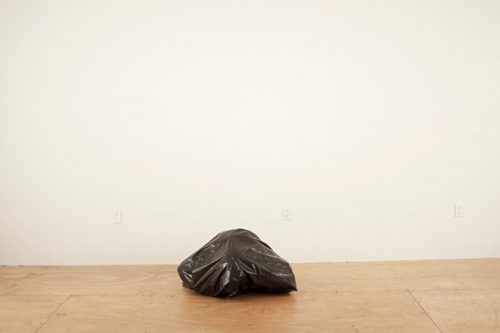 Ivana Larrosa (Spain) is a visual artist who works primarily with video installation and performance.  Larrosa is interested in conceptual strategies that have to do with the body as a medium to approach memory and trauma.  Her work has been shown at at Art venues and Museums including Anthology Film Archives, International Center of Photography, Espacio Aglutinador of Havana, and Galeria Sicart, among others. Ivana holds a MFA at Bard College-ICP, where she currently teaches video installation and performance. 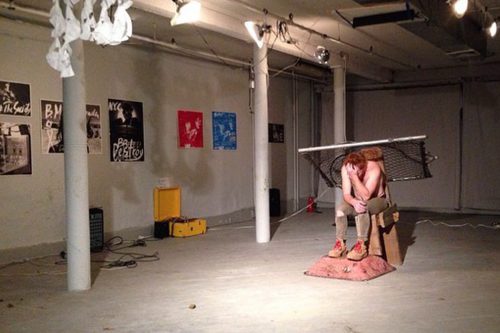 Joseph Sledgianowski (United States) was born in NJ, lived in Boston, MA for 10 years, now resides in Brooklyn, NY. As a performance and sound artist with much regards to equality, mental & physical stability of humans, disability and reflections over the conundrums of life, standard blurring over our current formality and continuous presumptions of humanity. Much of this is based from harshness and complexities to live on, including health and mental situations, misconceptions, disability and brain surgeries. To live on past multiple stages and turning points throughout a life is just a changing of set and new adaptation we must discover. His capability to adapt is the release and translation through the art world. 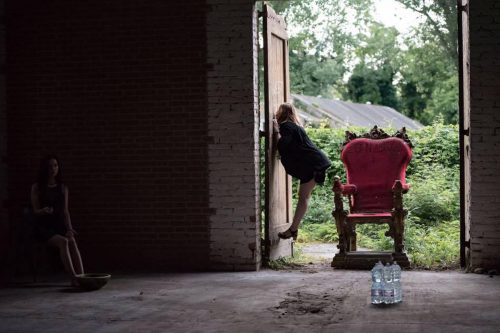 Jeanette Joy Harris & Julia Claire Wallace (United States)
Jeanette Joy Harris is a Houston-based artist, writer, curator and speaker. She has shown works in London, the Netherlands, Venice (IT), Brindisi (IT), Los Angeles, San Francisco, Portland, Miami, Chicago, and Houston. Joy regularly speaks about performance art at universities and scholarly and community organizations. She currently writes a column on art and politics for Political Animal Magazine and is on the management committee of Experimental Action Performance Art Festival. Joy completed her MscR in history of art at University of Edinburgh College of Art.

Julia Wallace is a Houston-based artist, curator, community facilitator, and director of Experimental Action, Houston’s performance art biennial. She has performed in Houston, Austin, Chicago, and Leipzig (GR). Julia served as a facilitator to Performance Art Lab and was one of the founding members of their guerilla flash dance project sexyATTACK. She is the creator and curator of Houston’s Performance Art Night and a founder and former facilitator of the social sculpture Continuum, She was a co-director of Lone Star Explosion 2014 and Experimental Action 2017. She was the director of Experimental Action 2019. She received her BFA in painting from the University of Houston in 2009 and her MA in Arts Leadership at the University of Houston in 2018. 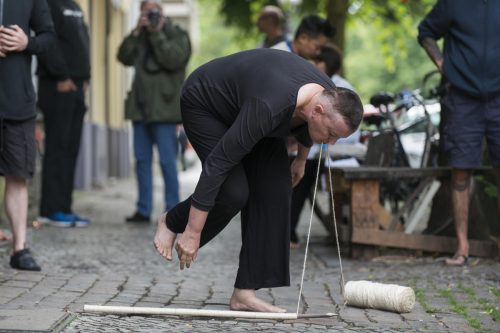 Beau Coleman (Canada) is a multidisciplinary artist and curator who whose artistic practice is one of continual movement, encompassing the mediums of performance art, intermedia, site-specific performance, theatre, dance, video and installation. She has made work for a diverse range of locations and contexts, whether situated in galleries, festivals and/or site-specific locations. As a performance artist. Beau has received solo and group exhibitions across North America and Europe, and in Africa, South America, Asia and Oceania.  Recent performances include: Breaking the Silence, Zero Gravity International Performance Art Festival (Edmonton, Canada, 2019), Rompiendo el silencio, AUSTRAL Performance Art Festival Buenos Aires (Buenos Aires, Argentina, 2019), Sisters Academy (30-day durational), Den Frie Centre for Contemporary Art (Copenhagen, Denmark, 2017); Walking Kindness, Unpack Studio (Havana, Cuba, 2017); Path of Longing, Luissa Catucci Gallery (Berlin, Germany, 2017); Let Me Tell You That I Love You (Distant Islands), Fluid States North (Copenhagen, Denmark, 2015); Culture House (Torshaven, Faroe Islands, 2015); Nuuk Art Museum (Nuuk, Greenland, 2015); Nuit Rose/Artscape (Toronto, 2014) and These Are Not My Mother’s Hands, Trinity Square Video (Toronto, Canada 2013).  Beau is the curator of the Zero Gravity International Performance Art Festival in Edmonton Canada.  She is on faculty at the University of Alberta, where she specializes in contemporary performance and interdisciplinary creation and is Coordinator of the MFA Directing Program and Co-Director of the new Faculty of Arts’ Signature Area in Research-Creation. 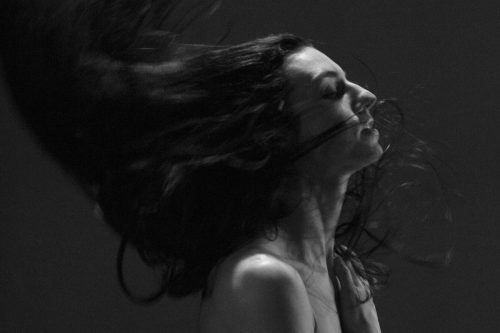 Alex Clair (United States is a graduate of Booker T. Washington High School for the Performing and Visual Arts. While in high school, she performed works by Complexions Contemporary Ballet, Andy Noble, Jessica Lang, and Takehiro Ueyama. During her high school career, she was also a member of the Dallas Youth Repertory Project, and has since continued to teach and set work on the ensemble. In 2018, she graduated with a B.F.A. from the Conservatory of Dance at Purchase College (SUNY) in New York. As a member of the Purchase Dance Company, Alex performed works by Doug Varone, Martha Graham, Kimberly Bartosik, and Sarah Mettin. In 2016, Alex was one of 12 students chosen to perform with Doug Varone and Dancers in the world and New York City premiere of Varone’s new creation “in the shelter of the fold”. Alex has trained both internationally and nationally including Springboard Danse Montreal, Batsheva Summer intensive (Israel), Sidi Larbi Cherkaoui’s Eastman (Belgium), B12 (Berlin), Spellbound Contemporary Ballet (Rome), Dance Italia , San Francisco Conservatory of Dance (USA), LINES Contemporary Ballet (USA), and Complexions Contemporary Ballet (USA). Alex has also had opportunity to train from phenoms such as Tom Weinberger, Omri Drumlevich, Zina Zinchenko, and Bobbi Jene Smith. In 2018, Alex premiered a solo work in New York created in collaboration with Guy Shomroni and Yaniv Abraham titled “Clair”. Alex is also a founding member of Emerging Dancers of Dallas and on faculty with Moving Forward Dance Project, both mentoring/teaching programs for the upcoming young artists of Dallas, Texas. In the soon-coming months, Alex will perform at the Met Cloisters with choreography by Troy Ogilvie and direction by Kevin Newbury, and she will also perform at Jacob’s Pillow for the Inside/Out series with Bombshell Dance Project (USA). 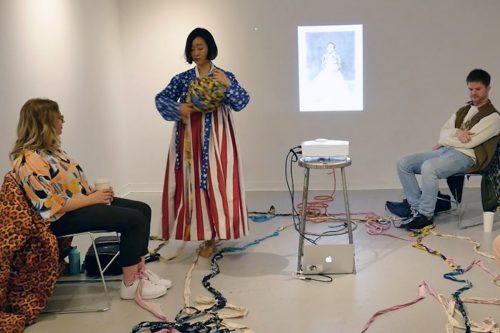 Lariel Joy (South Korea) creates durational performances and immersive installations that involve one-on-one interactions. Working with the idea that decolonization is metamorphosis, and considering the correlation between decolonization, body, and desire, her goal is to articulate queer/feminist theories that start from the queer femme body. Her works have been shown in Leroy Neiman Gallery, 062 Gallery, Links Hall (Chicago), Queer Feminist Film Festival (Athens), and Outdoor Vision Fest (Santa Fe). She is currently an MFA candidate in performance at the School of the Art Institute of Chicago. 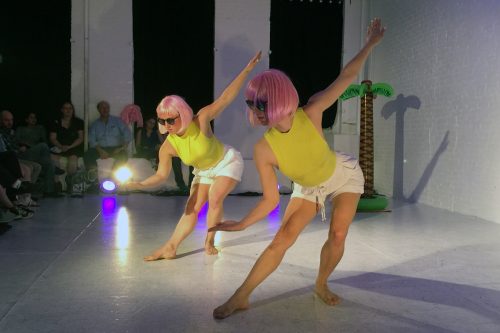 Katelyn Halpern (United States), is a multidisciplinary artist and performer from Austin, Texas. Her eclectic body of work ranges from interdisciplinary performance to life-sized installations to cut-and-tape zines to concert dance, and is frequently constructed around the idea clusters of interiority/intimacy/reflection, strangeness/humor/freedom, and the lived experience of moving through the world in a feminine body. After graduating summa cum laude from the University of Houston with a B.A. in English Literature and a minor in Dance, she moved to the east coast where she has created work including two evening length productions with her company, Katelyn Halpern & Dancers: JUICE (June ‘17) and Loose Heart (December ‘17), and the immersive visual art installation Heartstrung (created with Talita Cabral, October ‘18). Her creative work is supported by the New Jersey Performing Arts Center’s Jersey (New!) Moves Fellowship, The Iron Factory, and the Exchange Place Alliance; past support has come from chashama, the Hambidge Center for Creative Arts, DANCENOW Silo, Avaloch Farm, and the 2017 Choreographers in Residence Program (CHIRP) at Jersey City’s County Prep High School. Her work has been performed throughout New York and New Jersey, including concerts at the Brooklyn Academy of Music, the Knockdown Center, White Eagle Hall, and Triskelion Arts, and across the country at Omaha’s Under the Radar Festival, Houston’s Talento Bilingue, and San Francisco’s Switchboard Presents. She holds a New Jersey teaching certificate for high school English, is a 2012 Teach for America New Jersey corps member, and is the owner and artistic director of SMUSH Gallery, an art space dedicated to creative and community work in Jersey City, NJ. 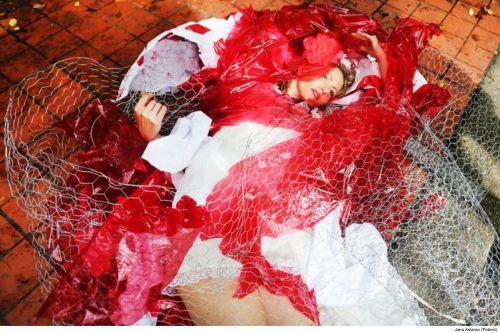 Jana Astanov is a multidisciplinary artist, living in New York. Born in Poland she studied anthropology, philosophy and linguistics in France, and arts in the UK. Her work includes photography, poetry, performance, new media and installation. She performed since 2003 influenced by the 59Rue de Rivoli community in Paris. She describes her performance art practice as “mythology vs ideology” referring to her two main interests the political & economic foundations of our civilization and mythological/ religious values. In her work she utilizes elements of hypnosis, occult, spirituality, dance movement derived from the Grotowski technique, sound art, ritualistic theatre. Jana merges poetry with performance practice and sound art. She has started two feminist performance groups Red Temple (also a publishing house) and W.I.S.E. encouraging other women to create and write their own stories that she often includes in her performances with an aim to portray the female world. She published four collections of poetry: Antidivine (Undergroundbooks.org), Grimoire, Sublunar, and Birds of Equinox (Red Temple Press). She is a founder of CREATRIX Magazine: www.creatrixmag.com.

Maija Rutkovska is a New York-based choreographer and performer from Latvia. She received a BFA in Dance from the Riga Teacher Training and Educational Management Academy in her native country of Latvia. She moved to Paris (France) to study Martha Graham technique, taught by Maggie Boogaart. She also trained at the Martha Graham School of Contemporary dance and was the first Latvian to graduate from the Professional Training program and Teacher Training program in New York. Maija has taught dance in Latvia, France, and the USA. Naming few, Maija has performed with Elina Breice company ‘Ritms”(Latvia), was a dancer with the Maggie Boogaart (France), as well as Jean-Paul Goude productions (France). She has also danced in the  Maher Benham CO “Coyote Dancers”, Dance Group “Rituals” formed by living dance legend Vija Vetra(USA/Latvia), Brighton Ballet Theater. 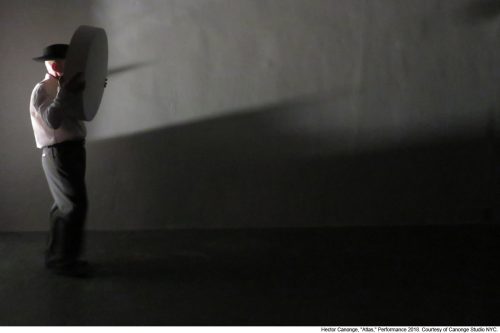