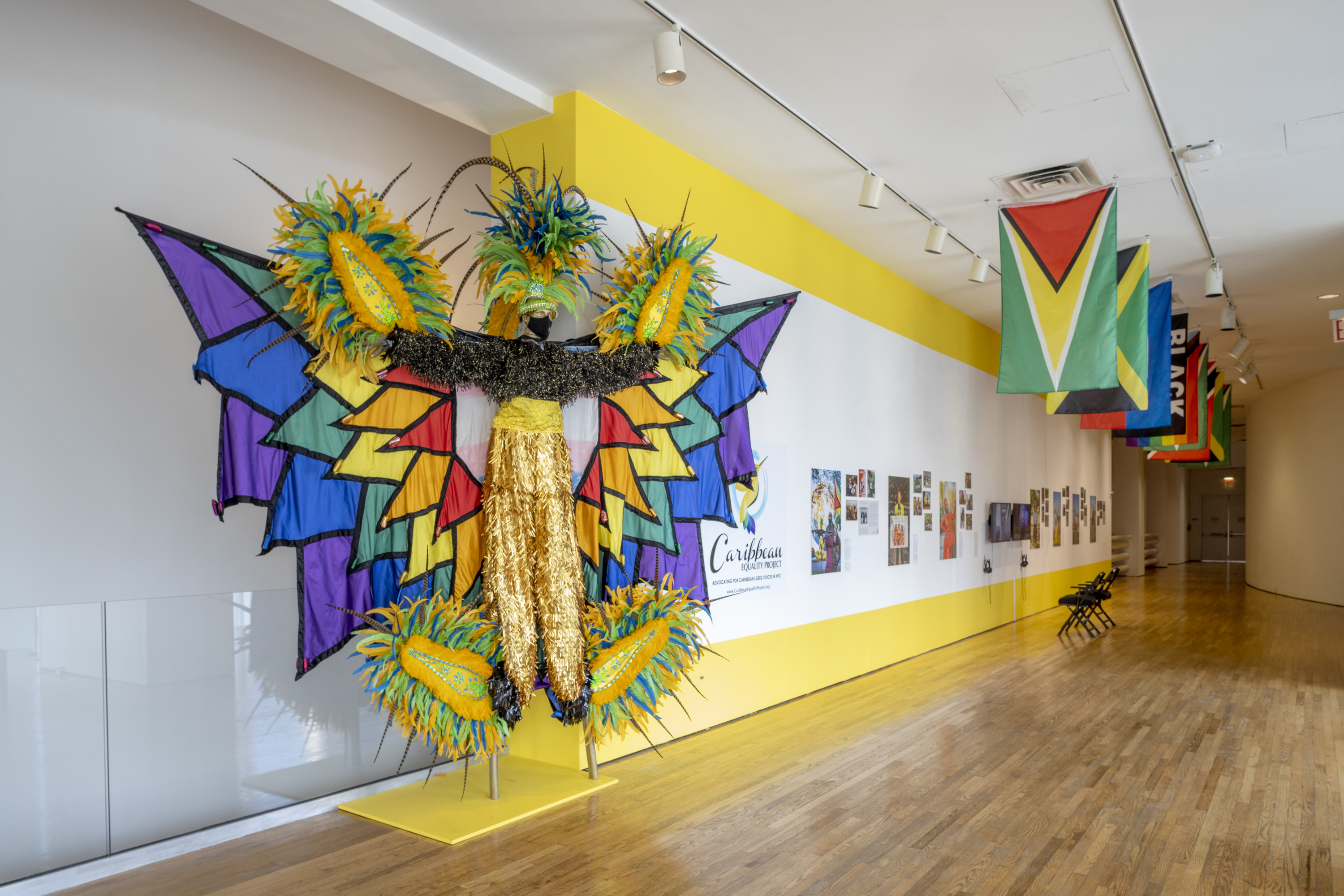 Live Pridefully: Love and Resilience within Pandemics is an interdisciplinary exhibition presented by Year of Uncertainty Community Partner, The Caribbean Equality Project. The exhibition celebrates queer and trans Caribbean resilience through a racial justice lens, while fostering critical conversations related to pride, migration, surviving colliding pandemics, and coming out narratives. Caribbean diasporic immigrant rights, gender justice, and trans rights advocates live at the intersections of outdated immigration policies, anti-black violence, racism, homophobia, transphobia, gender-based violence, xenophobia, and misogyny in the United States and throughout the Caribbean region.  Since the beginning of the COVID-19 pandemic, queer and trans immigrants of color have lived in a constant state of fear and isolation, from food insecurity, a lack of access to equitable healthcare, and rising rates of anti-Asian violence and police brutality against Black bodies. In a year of uncertainty, Live Pridefully reimagines and affirms undocumented Black and Brown LGBTQ+ immigrants and asylum seekers as essential workers, creatives, and contributors to the cultural diversity of New York City.

If you would like to read extended texts about the exhibition, the Moko Jumbie and the project participants, you may do so here.

Caribbean Equality Project (CEP) is a Queens, New York-based 501(c)3 non-profit organization that empowers, strengthens, and represents the marginalized voices of black and brown, lesbian, gay, bisexual, transgender, gender non-conforming, and queer+ people of Caribbean origin and descent in the greater New York City area. The Caribbean Equality Project’s mission is to serve the local LGBTQ+ Caribbean population through advocacy, community organizing, education, cultural, and social programming. Since being founded in 2015, by Mohamed Q. Amin in response to anti-LGBTQ+ hate violence in Richmond Hill, CEP has been the only education-based agency serving the Caribbean-American LGBTQ+ immigrant community in the greater New York City area and acts as a liaison between our most vulnerable community members and government agencies and elected officials.