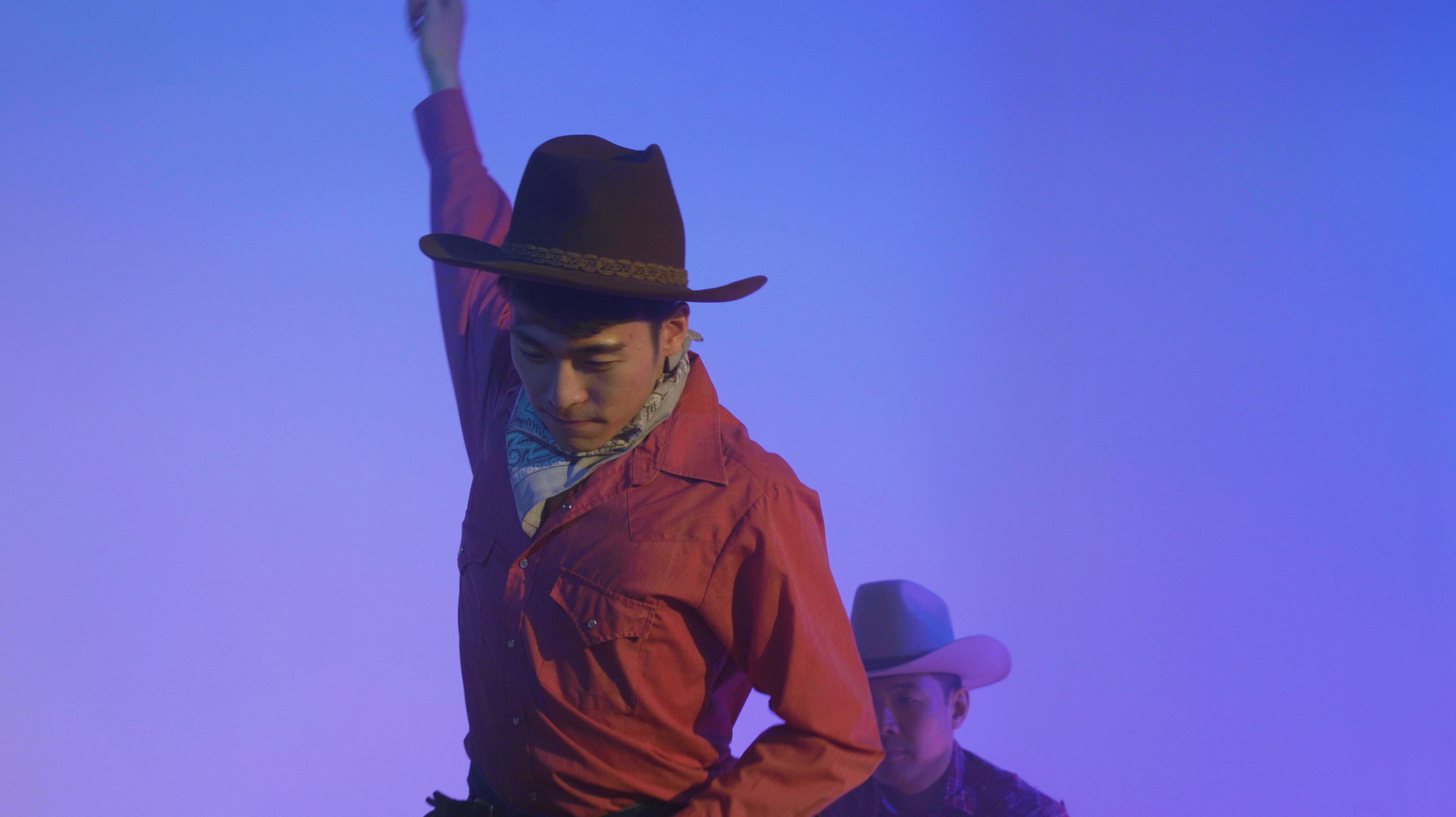 From June 1 to June 30, 2021, a segment of artist Kenneth Tam’s video, Silent Spikes, will be playing nightly in Times Square between 11:57pm and 12:00am as part of Times Square Arts’ Midnight Moment program.

The figure of the cowboy looms large within the American popular consciousness and continues to function as shorthand for a kind of idealized white Western masculinity. “By having Asian men step into this role, I pose the question of who has access to embody these characters and the larger ideas they represent,” says Tam. Using the power of cinema and the iconography of the Western film genre, Silent Spikes inserts Asian American men into a space from which they’ve traditionally been excluded, and asks viewers to question how mythologized conceptions of America’s past continue to shape ideas about the performance of race and gender today.

Silent Spikes is presented in partnership with the Queens Museum, where Tam’s solo exhibition of the same title is on view through June 23, 2021. Organized by Queens Museum Assistant Curator Sophia Marisa Lucas, Kenneth Tam: Silent Spikes features new video and sculpture work that reflects upon the entangled histories of Westward expansion and immigration in the U.S. by working collaboratively with contemporary subjects of the Asian Diaspora. This work was made possible by the Queens Museum with support from the Asian Art Circle at the Solomon R. Guggenheim Museum, New York.

Kenneth’s Midnight Moment is also presented in partnership with limited edition print platform Absolut Art. As part of the presentation, Absolut Art will offer two signed, limited edition prints by Kenneth Tam on absolutart.com and donate $2,500 to Heart of Dinner, a nonprofit collective selected by Tam, which works to fight food insecurity and isolation experienced by Asian American seniors throughout New York City.