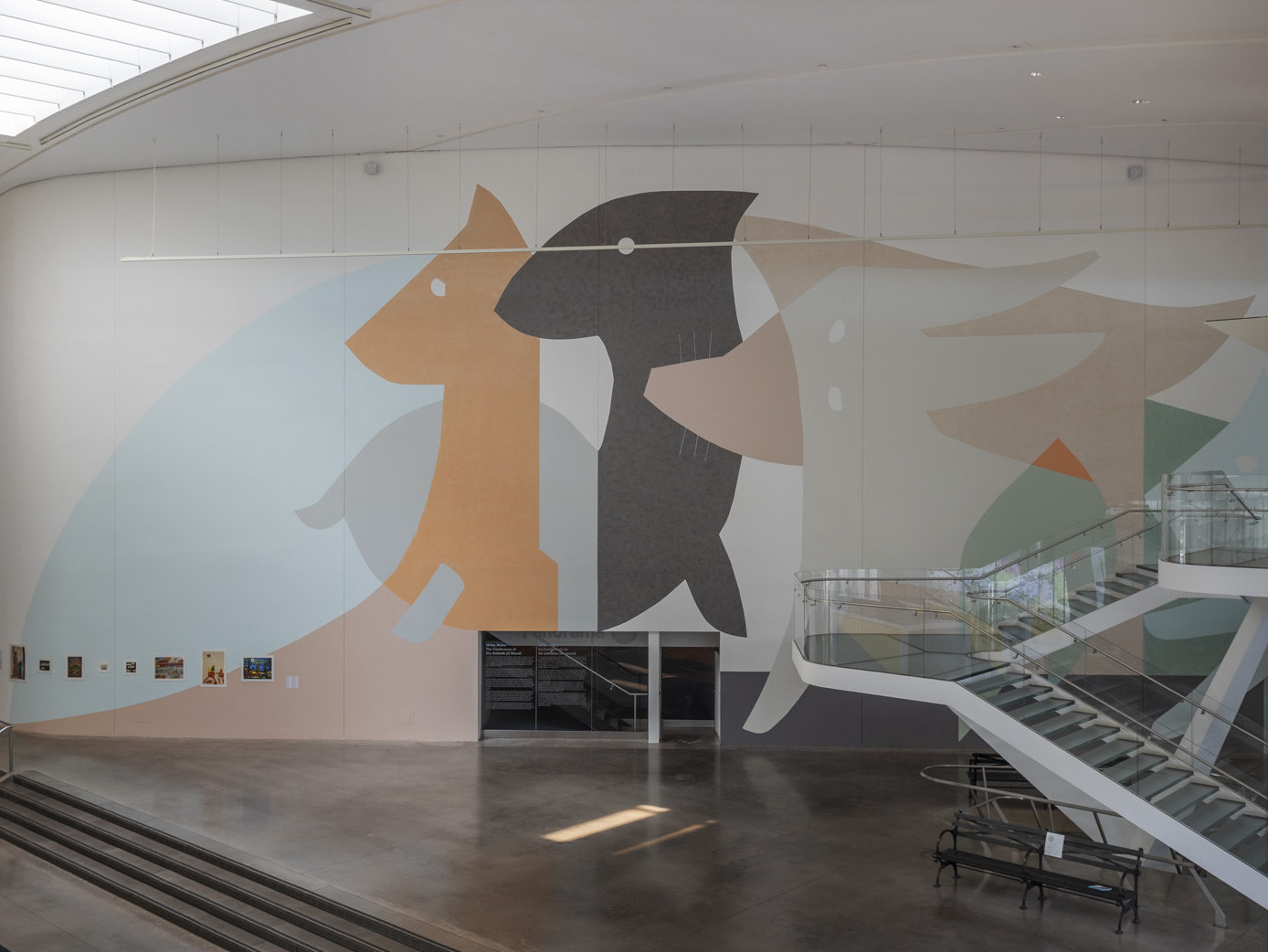 Ulrike Müller
The Conference of the Animals (A Mural)

As a painter,  Ulrike Müller’s seemingly abstract vocabulary of colors and shapes is emotionally and politically charged and encourages figurative readings. In past installations, Müller has used colored walls to act as backdrops for her enamel paintings, woven wool rugs, and works on paper. In The Conference of the Animals (A Mural), she foregrounds the painted wall with giant animal-like shapes. Their muted palette and monumental scale draws on histories of public art and muralism before and after World War II.

The project’s title comes from German writer Erich Kästner’s children’s book The Animal’s Conference (1949), a political satire about a group of animals frustrated by the inefficacy of human international conferences, who convene to save the planet. While conceiving of the mural, Müller became interested in artwork by children, specifically how scale and perspective shift our understanding of ideas, spaces, and ourselves. She invited curator Amy Zion to realize an exhibition in the adjoining gallery. Both the exhibition and the mural were conceived as site-specific projects hugging the 45-foot-high wall that encircles The Panorama of the City of New York, and referring to the building’s history as host to the United Nations from 1946-50.

A selection of cityscapes by children reproduced from Zion’s exhibition was installed on the surface of Muller’s mural, inviting closer inspection, along with three collagraph prints by Müller. Taking seriously the creative production of children, alongside that of a professional artist, The Conference of the Animals foregrounds perspectives that have been sidelined, overlooked, or silenced and draw attention to art’s role in the formation of political representation.