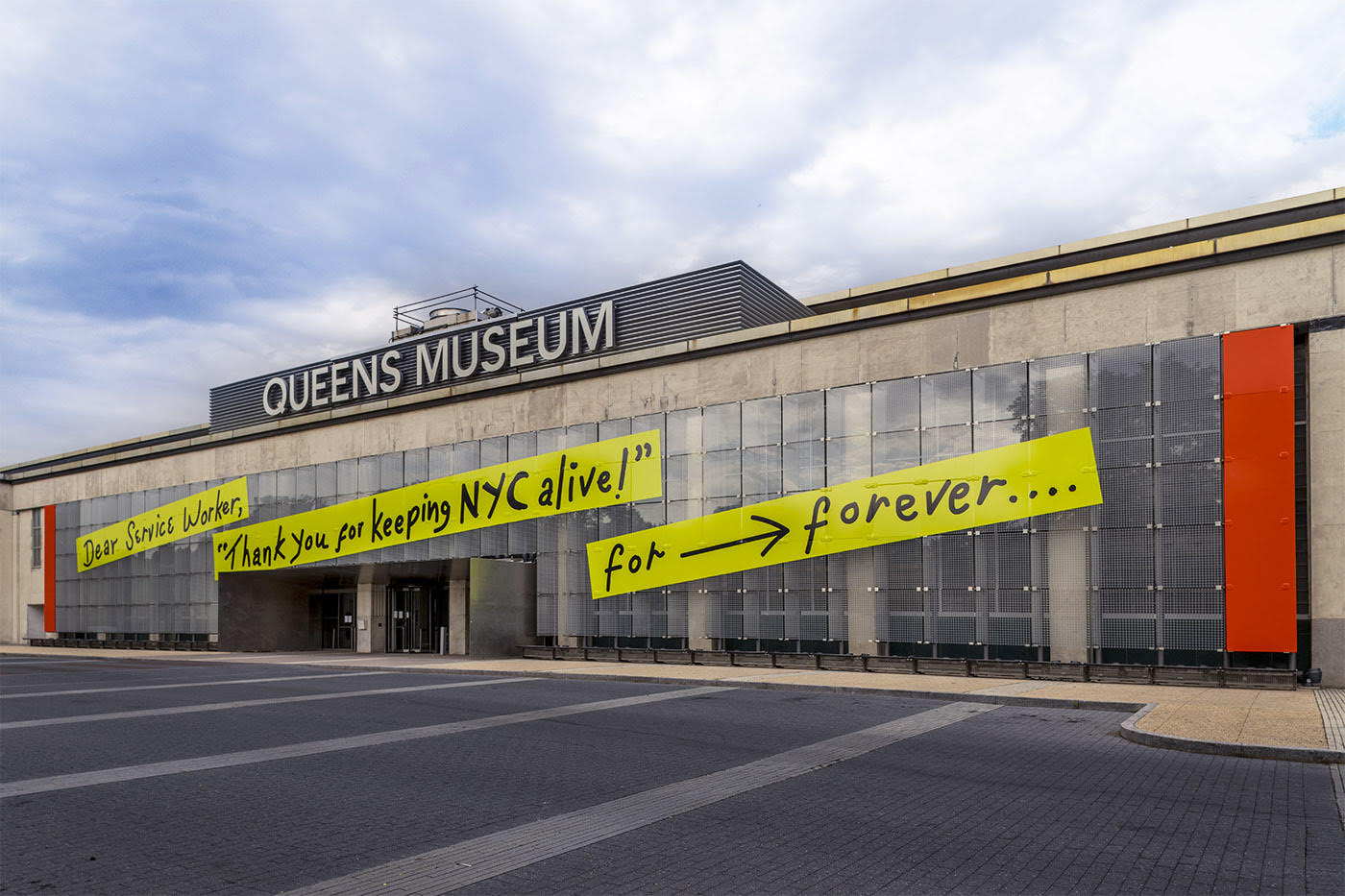 This gesture of gratitude via a direct address to New York City’s public service employees, in particular infrastructure workers – including sanitation and transit workers – who are sustaining the city through the COVID-19 pandemic. The message, written in the artist’s hand, is framed by the vibrant colors of safety green and emergency red/orange. The resounding message is viewable throughout a network of locations designed to reach our city’s public service workers – from transit and sanitation workers in Times Square to essential workers continuing their daily commute. Many of these workers travel to and from Queens, one of the boroughs hardest hit by the pandemic. For ⟶ forever… aims to commemorate the efforts and undertakings of public service workers, specifically during the last few months.

For ⟶ forever…’s presentation at the Queens Museum is made possible with the support of the Shelley & Donald Rubin Foundation. Special thanks to the New York City Department of Parks and Recreation and Panny Chayapumh for her design work across the three sites.