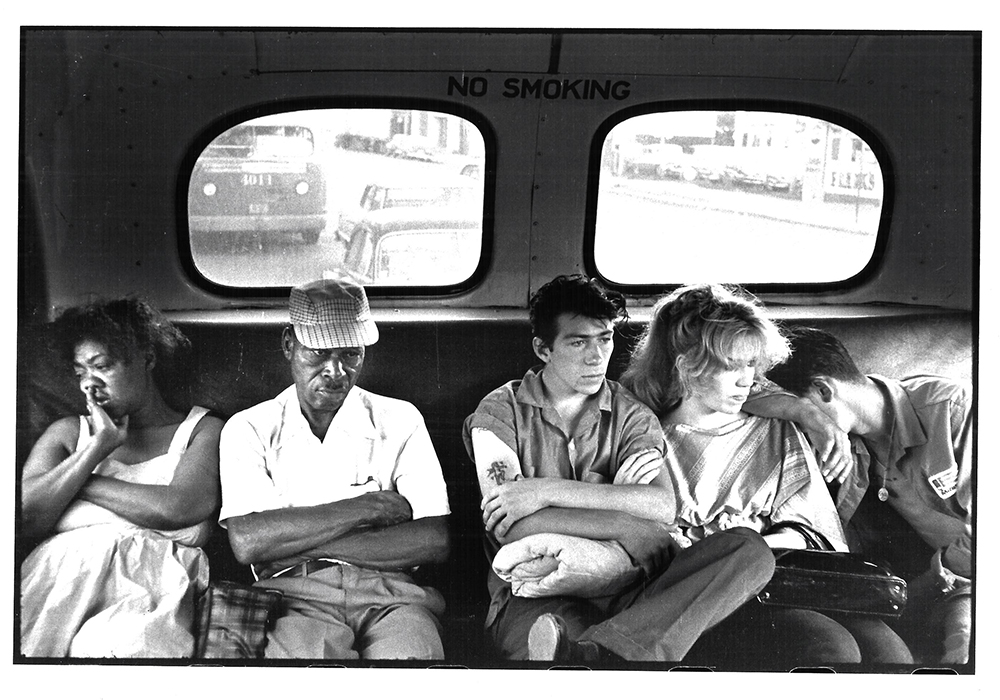 Bruce Davidson:
Outsider on the Inside

Throughout his career, Davidson has used his camera to record the stories of communities at the periphery of mainstream society, more often than not hostile to outsiders. In the historic Brooklyn Gang (1959), East 100th Street (1970), Subway (1980) and Central Park (1995) photo-essays, the American photographer demonstrates his readiness to shape behind-the-lens relationships with his subjects into unapologetically honest depictions of human nature. Davidson’s devotion to the everyday stories of idiosyncratic figures is rooted in trust and mutual understanding, two principles that allow him to avoid voyeuristic documentation.

Bruce Davidson: Outsider on the Inside focuses on the photographer’s depictions of New Yorkers engaging with their immediate environment, oftentimes extending the boundaries of their private spheres into public space. As personal moments seep their way into subway cars, parks, street corners and other shared grounds, Davidson observes them with the diligence of an artist-ethnographer while capturing the tenderness and lightness embedded in these ephemeral interactions.Bruce Davidson: Outsider on the Inside highlights intangible memories of metropolitan life, reminding us of how photographs shape our experience of reality, and help us understand how and why we exist the way we do.

Bruce Davidson: Outsider on the Inside is organized by Benjamin Mendez, Exhibitions and Archives Fellow 2019 – 2020. Audio tour and interpretation by Amy Raffel, Ph.D.

About Bruce Davidson
Bruce Davidson (b. 1933) was born in Oak Park, Illinois and moved to New York City in 1957. French photographer Henri Cartier-Bresson (1908–2004) invited Davidson to join Magnum Photos in 1958, when he was only 23. In 1962, Davidson received a Guggenheim Fellowship and photographed the civil rights movement, which formed his series Time of Change. By the mid sixties, his career had gained traction in both the art world and in mainstream magazines. In 1966, he had a solo show at the Museum of Modern Art, Bruce Davidson, and many of his early photographs were published in Life, Vogue, and Esquire magazines. Today, Davidson is one the most famous documentary photographers in the U.S., well known for his intimate portraits of mundane life across the country.