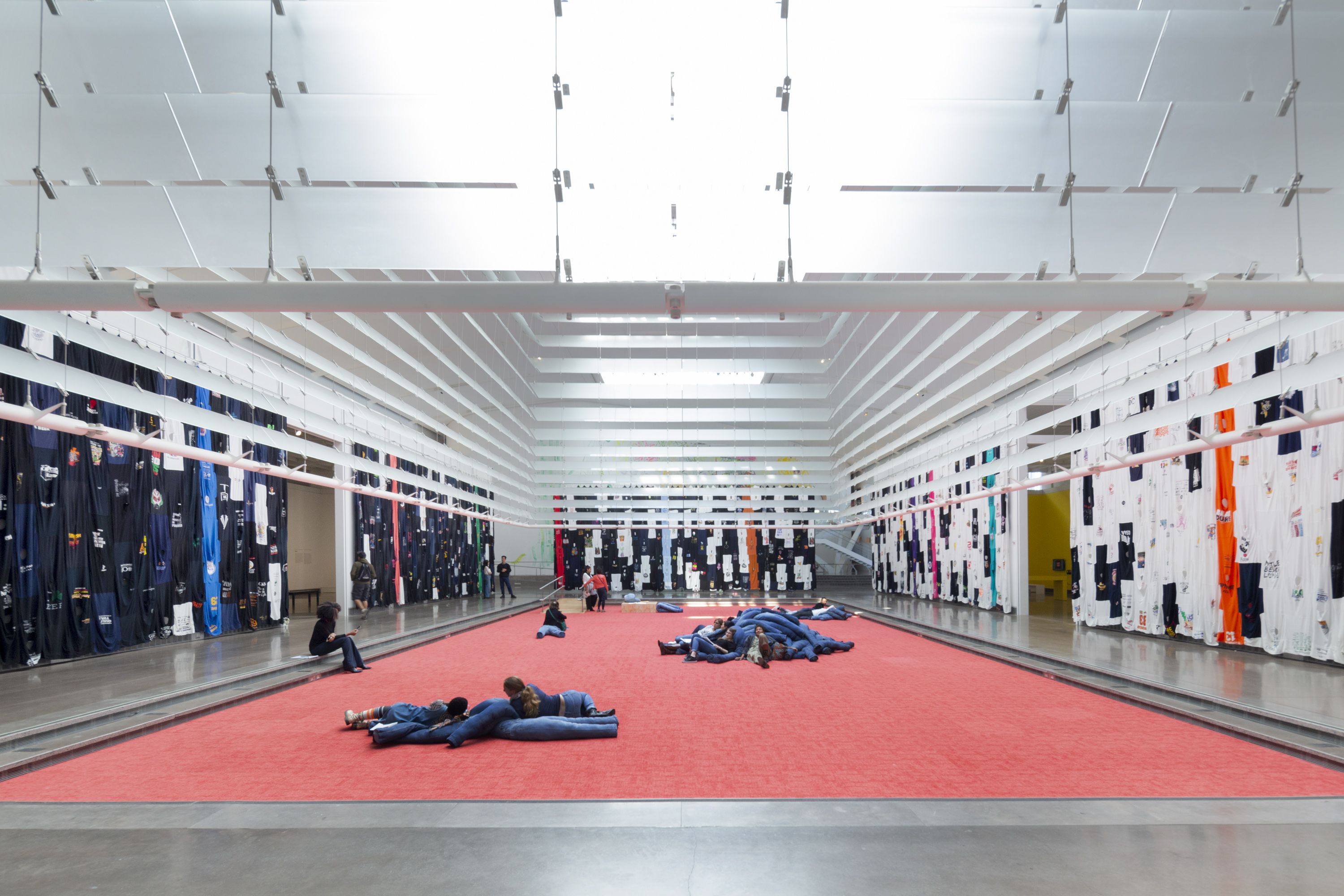 Pia Camil’s work uses textile, sculpture, and performance to create environments which confront the politics of global consumerism through the language of theater and retail. Recently, Camil has begun to recycle and alter textiles to reflect the larger socio-political forces which inform their production and distribution. In several of her works, hundreds of secondhand t-shirts with wildly different logos are sewn together into massive curtains that illustrate a shared cycle of consumption. Inspired by the open-air markets of Latin America, particularly Iztapalapa in Mexico City, the artist comments on a cycle in which shirts designed in the U.S. are manufactured in Latin America or Southeast Asia, worn and discarded in the United States, and then sent back to Latin America to be sold again in second-hand markets, where their logos advocate for causes far removed from local culture. Camil engages the relationship between the Global North and South by re-importing these t-shirts once again into the United States as art so that they may, as the artist says, “haunt” their places of origin.

The highlight of Camil’s upcoming solo project includes Fade into Black (2018), a 341-foot-long curtain of found t-shirts being shown in its third iteration at Queens Museum. Fade into Black was first commissioned by SCAD Museum of Art in Savannah, Georgia, followed by inclusion in her solo exhibition titled Split Wall at Nottingham Contemporary, Nottingham, UK, and now being shown in Queens as a nearly 360 degree viewing experience that will transform the Queens Museum’s central atrium into a place of repose for museum visitors. In a classic pairing, the jeans of Bluejeaneando (2019) join the t-shirts under the museum’s skylight. Like the t-shirts, the denim sculptures import culture and memories with them into their new role.