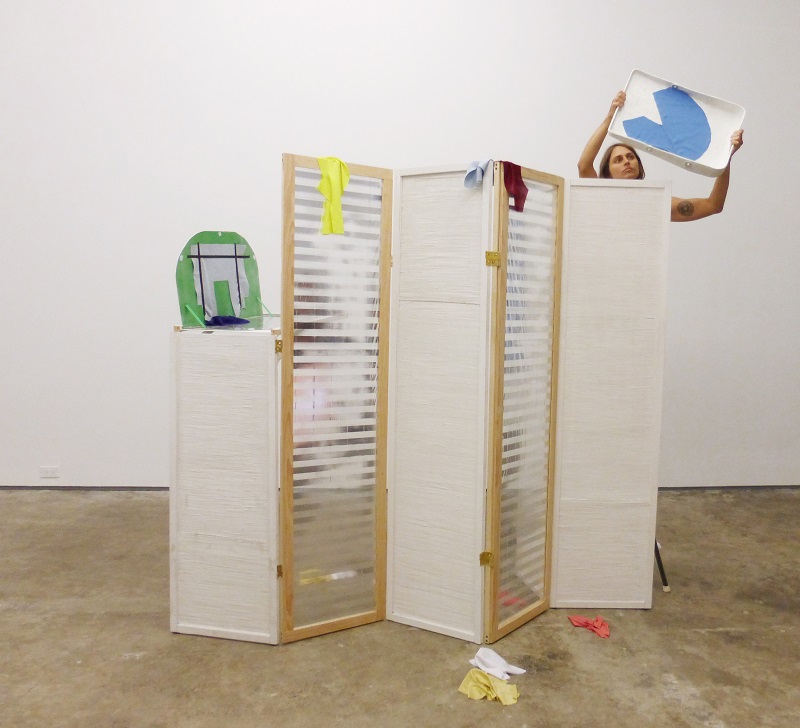 In Selections From Sports Closet, a set consisting of a folding-screen shifts, collapses, and forms to Tenser’s movements. The screen is a nod to the artists video work in which she choreographs herself with made and found objects, essentially animating form with human breath and step. Activating her work in the Queens International 2016 galleries, Tenser will move around the screen performing repetitive actions, or reps, with a series of objects that are reminiscent of fitness and domestic utility. The structure of the screen steers the actions within and around moments of privacy. 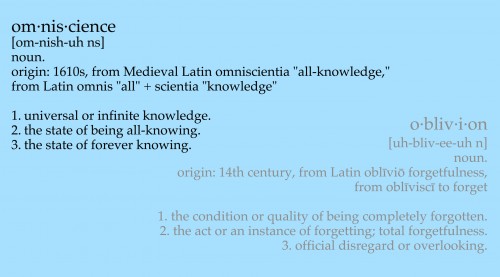 A hearing-accessible reading performance in the Queens Museum atrium draws connections between individual and collective memory through the frequency of word repetition. The performance involves 22 performers who read and sign through a list of words derived from the artist’s sound installation, Omniscience and Oblivion. The words of the text have been ordered in terms of frequency of occurrence, starting with the words just used once to the word used most often (22 times). As the word use increases so do the number of readers, resulting in 22 readers speaking or signing the final word in unison.