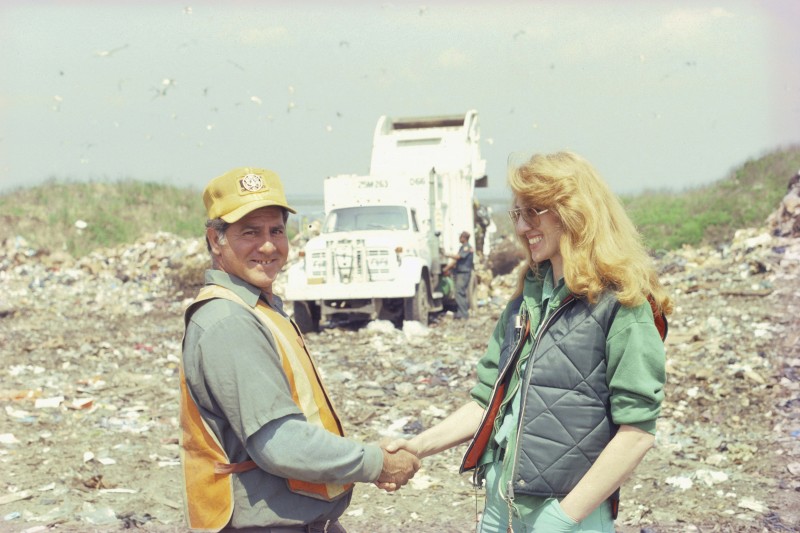 Since the late 1960s, Mierle Laderman Ukeles’ performances, sculptural installations, and writing have explored issues profoundly important today: the role of women in society, cultures of work and labor, and the environment. Her Manifesto for Maintenance Art 1969! laid out the hidden, yet essential role of maintenance in Western society—and the radical implications of actively valuing rather than dismissing or hiding it.

Join us for the opening reception for the first survey of Ukeles’ work, organized by the Queens Museum’s Larissa Harris with guest co-curator Patricia C. Phillips, who initiated the project in 2012. The show spans five decades, from Ukeles’ work as a pioneer of feminist performance to a practitioner of public art through which she invites us to reconsider indispensable urban systems and the workers who maintain them. Ukeles is undoubtedly best-known for her 38+ year role as the official, unsalaried Artist-in-Residence at New York’s Department of Sanitation. Unprecedented when it began in 1978, this residency has now become a model for municipalities engaging with artists as creative agents.

3:30pm: The day kicks off as The Social Mirror, a mirror-clad Sanitation truck, encircles the Unisphere with a procession of sanitation workers. Assemble at the East Entrance of the Museum.

4pm:  Touch Sanitation Performance, 1979-1980, is seen and heard anew in the Panorama of the City of New York. Join curator Larissa Harris and Ukeles as they introduce Ten Sweeps Light Path, 2016 and Trax for Trux and Barges II, 1984/2016.

5:30pm: Join Queens Museum staff at Peace Table, 1997, to learn how to participate in upcoming dialogues on key aspects of Ukeles’ work, including artists embedded in city agencies, the future of garbage in NYC, diverse explorations on the subject of peace, human agency in changing the world, and how care and service work scales from family to city to planet.

Free shuttle service will run in a continuous loop from under the CitiField/Mets-Willets Point 7 Train Station and the Museum from 2:30-6:30pm.