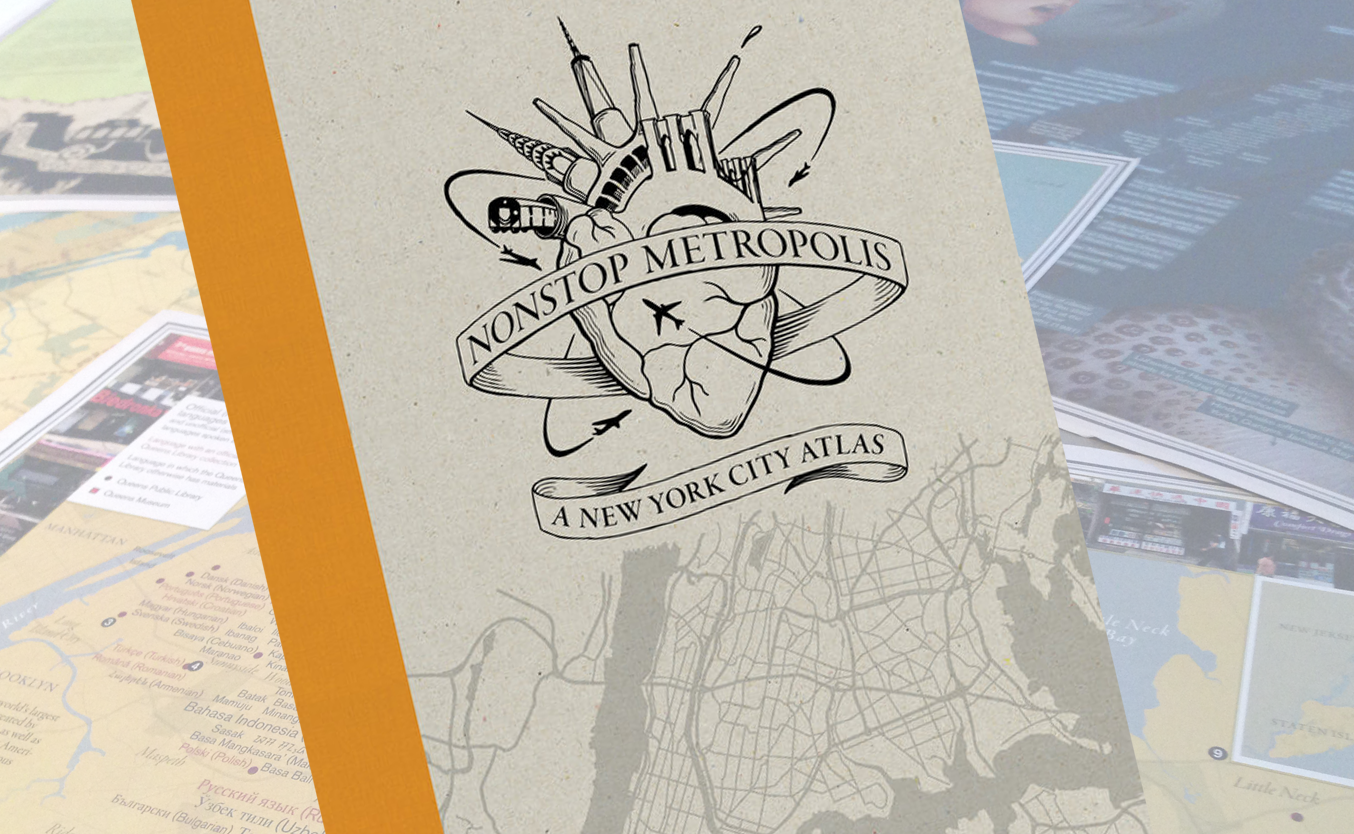 Join the Queens Museum and University of California Press for a celebration for the launch of Rebecca Solnit and Joshua Jelly-Schapiro’s long-awaited Nonstop Metropolis: A New York City Atlas, the culminating volume in a trilogy of atlases, conveys innumerable unbound experiences of New York City through twenty-six imaginative maps and informative essays. Bringing together the insights of dozens of experts—from linguists to music historians, ethnographers, urbanists, and environmental journalists—amplified by cartographers, artists, and photographers, it explores all five boroughs of New York City and parts of nearby New Jersey. We are invited to travel through Manhattan’s playgrounds, from polyglot Queens to many-faceted Brooklyn, and from the resilient Bronx to the mystical kung fu hip-hop mecca of Staten Island.

In the Spring of 2016, the Queens Museum embarked on Nonstop Metropolis:The Remix, a multi-faceted project that featured two newly commissioned artworks by artists Mariam Ghani and Duke Riley inspired by the New York City Atlas, which respectively focused on the linguistic diversity of Queens and water and power. Furthermore, printed broadsides featuring previews of 6 of the maps and essays were released monthly leading up to the book’s launch, and enhanced by public talks, walks, and urban adventures led by the essay writers from the book, artists, and other imaginative thinkers.

This launch party for Nonstop Metropolis will feature:

We strongly encourage you to take public transportation to avoid traffic delays due to The Meadows Music Festival taking place in nearby CitiField.

Queens Museum is grateful to the Lambent Foundation for their lead project support of Nonstop Metropolis: The Remix. Additional support for this exhibition is generously provided by the National Endowment for the Arts, Planned Parenthood of New York City, Alexandra Herzan, Erica Samuels, and the 233 people who supported the project through Kickstarter. Major programming support for 2016 has been provided in part by the New York City Department of Cultural Affairs and the New York State Council on the Arts with the support of Governor Andrew Cuomo and the New York State Legislature.