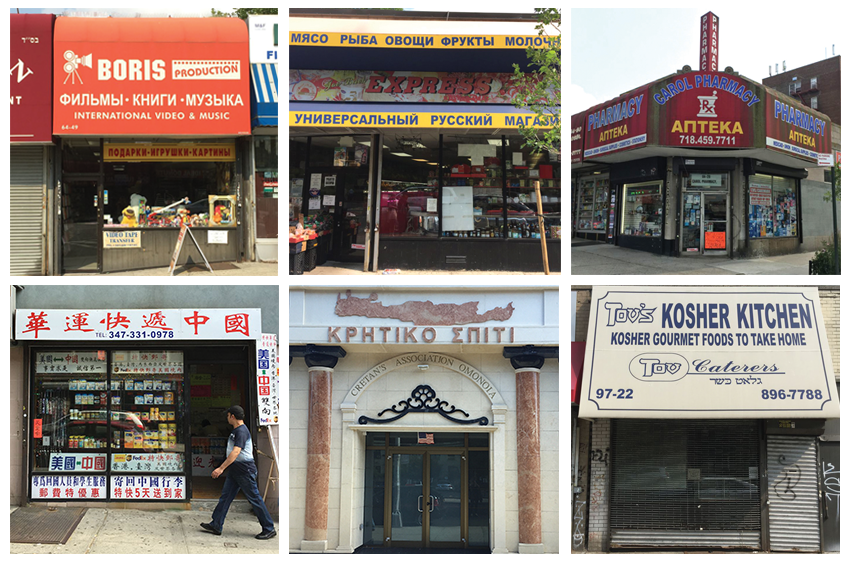 Languages Lost and Found:
A Roundtable

Writers, translators, linguists and practitioners discuss language endangerment, revitalization and multilingualism in both the local context of New York, and the global context of ongoing struggles to maintain linguistic diversity in the face of increasing cultural homogenization. Topics will include: language and identity, migration and loss, translatability, the value of multilingualism, the fight for bilingual education in the NYC school system, and the roles that can be played by art, poetry and music in keeping languages alive.

This event is organized by Mariam Ghani and Daniel Kaufman as an integral part of her project, The Garden of Forked Tongues. It is also part of a series of six programs associated with Nonstop Metropolis: The Remix, leading up to the launch of Rebecca Solnit and Joshua Jelly-Schapiro’s New York atlas Nonstop Metropolis at the Queens Museum in November 2016. Mariam Ghani’s commission for the Large Wall Series, The Garden of Forked Tongues, is inspired by Suketu Mehta’s Tower of Scrabble, one of the 26 essays in the publication, and the accompanying map of linguistic diversity in Queens to which Daniel Kaufman contributed.

Daniel Kaufman is a linguist who has focused on the languages of the Austronesian family for the last decade and a half. In 2008, he founded the Urban Fieldstation for Linguistic Research, with the purpose of initiating long-term language projects in cooperation with immigrant communities in NYC and local linguistics students. In 2010, this work became formalized as the Endangered Language Alliance, a nonprofit organization that has continued to grow since. In 2015, he became Assistant Professor at Queens College, where he is heading the new Language Documentation Lab.

Mariam Ghani is an NYC-based artist of Afghan and Lebanese descent. Ghani earned her BA in comparative literature from New York University and her MFA in photography, video, and related media from the School of Visual Arts. Her work as an artist, writer, filmmaker and curator looks at the intersections of war, trauma, history, memory, identity, language, loss, and reconstruction. Ghani’s exhibitions and screenings have been presented at venues including the Rotterdam, Berlinale and CPH:DOX film festivals, the Sharjah and Liverpool Biennials, dOCUMENTA (13) in Kabul and Kassel, the Secession and CCCB in Europe, and MoMA and the Guggenheim in New York, among others. Fellowships and grants include NYFA, NYSCA, Creative Capital, Art Matters, and the Graham Foundation. She currently teaches in the Social Practice program at Queens College and is a visiting artist at the Schell Center for International Human Rights at Yale Law School.

Bob Holman – The author of 16 poetry collections, most recently Sing This One Back to Me (Coffee House Press), Bob Holman has taught at Columbia, NYU, Bard, and The New School and has played a central role in the spoken word and slam poetry movements of the last several decades. A co-founder of the Endangered Language Alliance, Holman’s study of hip-hop and West African oral traditions led to his current work with endangered languages. His most recent film, “Language Matters with Bob Holman,” takes viewers around the world: to a remote island off the coast of Australia where 400 Aboriginal people speak 10 different languages, all at risk; to Wales, where Welsh, once in danger, is today making a comeback; and to Hawaii, where Hawaiians are fighting to save their native tongue. Holman is currently working with language revitalization centers across Alaska and Hawaii, sponsored by the Ford Foundation.

Kevin Connelly is a linguist who has been working on the description and revitalization of his heritage language, Onondaga, the indigenous Iroquois language of the Syracuse area, for several decades.

James Lovell is a Garifuna musician and educator who has been working to revitalize his language through song and performance. The Garifuna are the indigenous people of the island of St. Vincent and speak the last living Arawak language of the Caribbean islands. Lovell has taught hundreds of Garifuna children in Belize, St. Vincent, and New York City and his performances were featured at the Smithsonian Folklife Festival One World, Many Voices.

Omar Berrada is a writer, translator, and curator. He edited, with Erik Bullot, Expanded Translation – A Treason Treatise, a book of verbal and visual betrayals; and, with Yto Barrada, Album – Cinémathèque de Tanger, a multilingual volume about film in Tangier and Tangier on film. He recently co-curated the ‘Temporary Center for Translation’ at The New Museum and lent his voice to Christian Dior’s ghost in Frédéric Tcheng’s Dior and I. In 2016 he edited The Africans, a book on racial politics in Morocco, and curated group shows centering on the archive of Moroccan writer and filmmaker Ahmed Bouanani, at the Marrakech Biennale and at Witte de With in Rotterdam. Omar is a core member of the bilingual poetry collective Double Change and of the international arts organization Tamaas, and is currently a visiting scholar at NYU.

Kapena Alapai is from Puʻuanahulu Hawaiʻi. He graduated from Ka Haka ʻUla O Keʻelikōlani Hawaiian Language College at University of Hawaiʻi Hilo and recently finished a Master’s degree in Arts and Cultural Management from Pratt Institute.  He is a graphic artist, arts administrator, and cultural practitioner whose passions have always been centered around Art and Hawaiian Studies, and he is always looking for ways to connect these two fields.