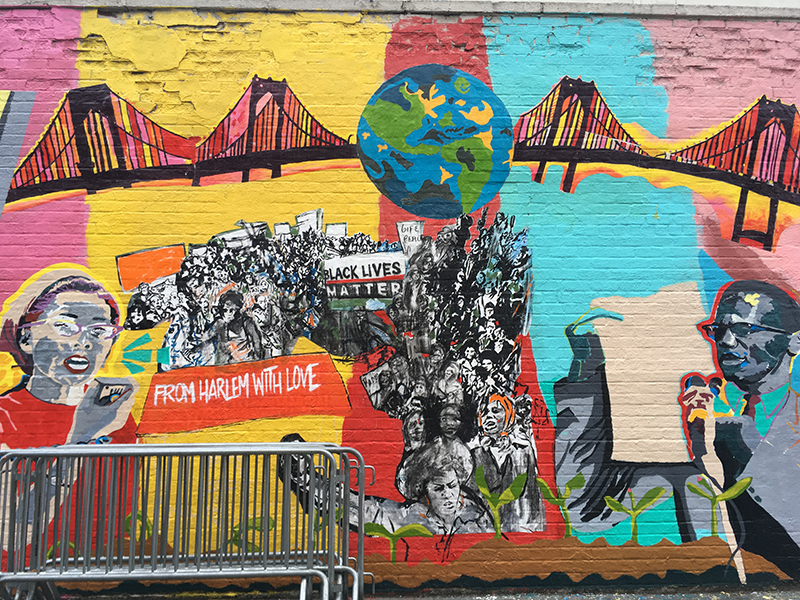 (Offsite) Harlem: A Creative and Political Mecca
A Nonstop Metropolis Walking Tour with Julien A. Terrell

“Garvey’s Black Star Line made only a few voyages . . . The ships ceased sailing altogether in 1922, but they’ve remained a potent symbol of the black pilgrim’s longing for home. “Train to Zion is coming,” the reggae musicians Linval Thompson and U Brown sang in the 1970s, when the call for repatriation was widespread across the black diaspora. ‘Don’t want no one to miss it / It’s the Black Star Liner / It’s going to Zion.’ Black Star Lines continue to crosscut Harlem, the Black Mecca in motion, a place that’s at once departure point, rest stop and final destination . . . Many seekers from the diasporic cosmos have journeyed to and from Harlem in search of all things sacred and secular—Jesus and jazz, Allah and hip-hop, freedom and fame.” – Christina Zanfagna, “Home to Harlem”

Community Organizer and Harlem native Julien A. Terrell,  will lead an interactive walk focusing on Harlem’s past as a local and international hub for political strategy and creative action. Sites will include Hotel Teresa, Lenox Lounge, Malcolm X Outreach Corner, and more. Given the ongoing waves of gentrification and political repression, this walk will also touch upon current cultural organizing efforts such as the Yuri and Malcolm Mural Project and future opportunities to honor the legacy of Harlem.

This event is a part of a series of six programs associated with Nonstop Metropolis: The Remix, leading up to the launch of Rebecca Solnit and Joshua Jelly-Schapiro’s Nonstop Metropolis: A New York Atlas at the Queens Museum on October 2, 2016. Christina Zanfagna’s essay “Home to Harlem” is a jumping off point for the map Black Star Lines: Harlem Secular and Sacred by cartographer Molly Roy; both found in Nonstop Metropolis.

Presented in collaboration with The Laundromat Project’s Field Day.

RSVP REQUIRED, BUT THIS EVENT IS NOW FULL, WE CAN NO LONGER TAKE ADDITIONAL PARTICIPANTS. 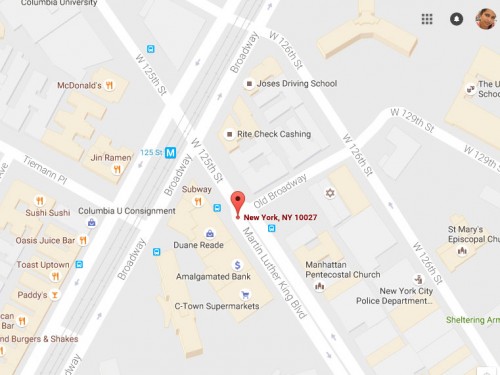 Julien A.Terrell was born, raised and currently lives in the West Harlem neighborhood where he first developed his interest in community and cultural organizing. His social justice work began in Buffalo working with local residents and activists to organize for the clean-up of Brownfield sites in low income communities of color and creating processes based in self determination and creative visioning.

Shortly after returning back to New York City in 2007, he started focusing on gentrification, environmental justice issues and looking at how creative planning principles can be used to preserve communal and cultural spaces that provide opportunities for inter-generational learning. In 2013 after working on solidarity projects in Cuba and Brazil, his commitment to developing youth leadership both locally and internationally motivated him to join The Brotherhood/Sister Sol, working until 2016, with young people to end police control in Harlem. The Brotherhood/Sister Sol is a holistic youth development organization located in West Harlem dedicated to long term development of young people of color as long term critically thinking leaders. He continues to organize and work on community based art projects as part of the Harlem Copwatch Team and is the founder of the Renaissance Chapter of the Universal Zulu Nation.

The Laundromat Project (LP) amplifies the creativity that already exists within communities by using arts and culture to build community networks, solve problems, and enhance our sense of ownership in the places where we live, work, and grow. LP envisions a world in which artists are understood as valuable assets in every community and everyday people know the power of their own creative capacity to transform their lives, their relationships, and their surroundings. For more info visit: http://laundromatproject.org/