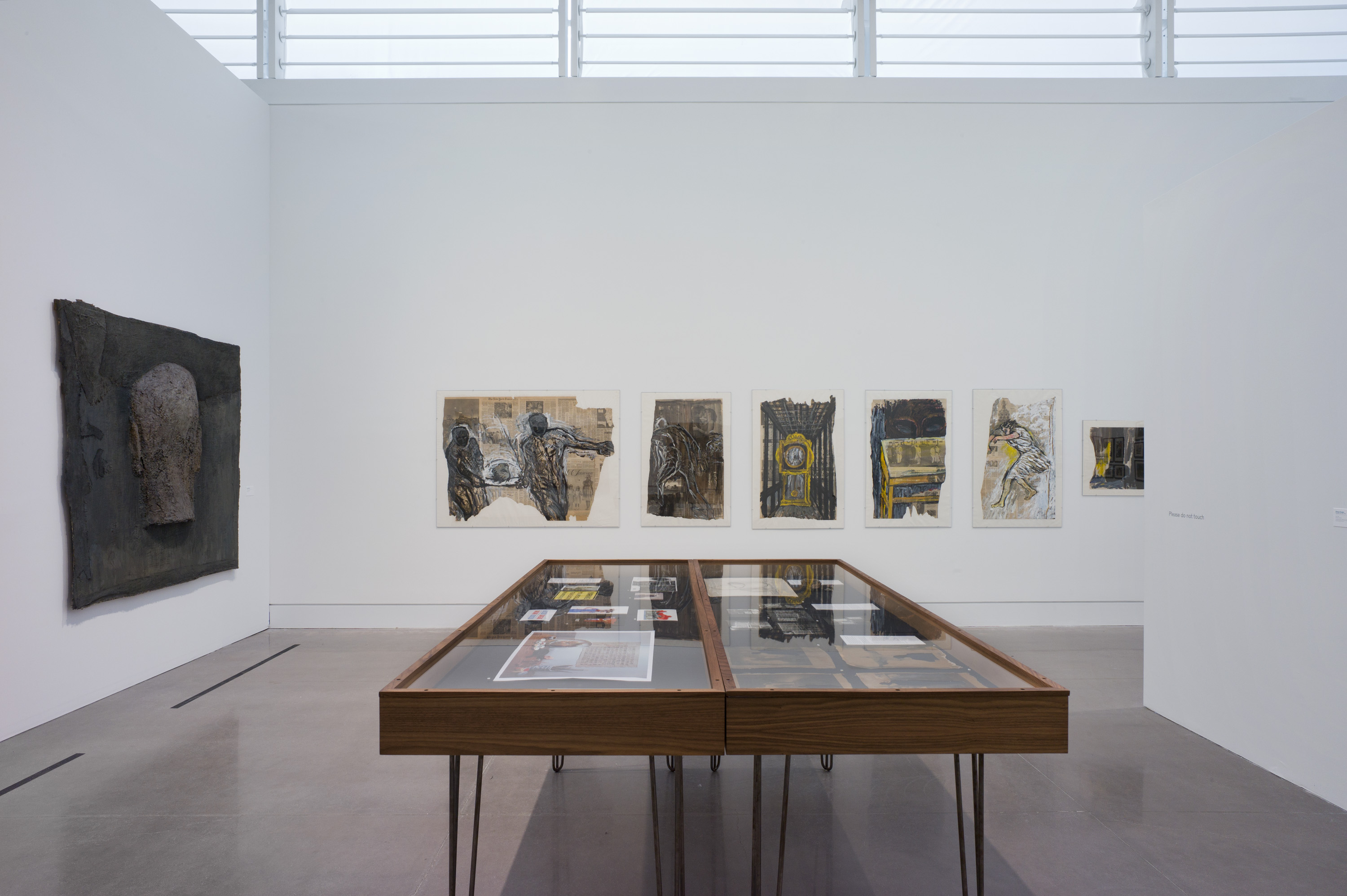 Join us for an intimate exhibition walkthrough and interactive conversation with artist Zhang Hongtu, whose first major retrospective is on view at the Queens Museum until February 28, and invited guest Robert Lee, followed by a QA with Luchia Meihua Lee, Guest Curator.

This program is presented in conjunction with Zhang Hongtu, the first U.S. survey of his work which includes pieces from the late 1950s to the present, chronicling Zhang’s art-making from his early days in China, to his pursuit of artistic freedom in the West.  Zhang has spent the past five decades expanding the ways in which viewers perceive the world around them, skillfully drawing connections between cultures. Originally from mainland China, and New York–based since 1982, Zhang’s subject matter and styles have continued to shift resulting in a vast body of work that has allowed him to show internationally for more than 30 years. By freely trading and juxtaposing East and West, high and low, past and present, Zhang works to liberate his viewers from locally-specific values that he deems outdated, and shift them into new contexts. From interpretations of European artists like Van Gogh and Picasso and remakes of ancient waterscapes of Chinese master Ma Yuan to fusions of historical Chinese iconography with American consumer products, Zhang’s work facilitates unexpected contemplation and proposes universal relevancies.

Robert Lee is the Executive Director & Curator of Asian American Arts Centre, participating in its founding in 1974, and the Asian American Arts Alliance in 1983. Exhibiting contemporary artists for many years, he developed the AAAC Artists Archive embodying currently 1,600 artists from 1945 to the present. Artasiamerica.org – a digital reflection of this professional/educational Archive, makes accessible the beginnings of a visual history of an Asian American creative presence in the US. Robert serves on the Executive Committee of the Cultural Equity Group (CEG) a NYC arts advocacy group, and formerly, on the board of The Association of American Cultures (TAAC) a national advocacy organization for people of color in the arts. He worked on the video about Mr.Ng Sheung Chi, a Tai Shan storytelling folksinger has resulted in a book/CD/DVD, Uncle Ng Comes to America.

Luchia Meihua Lee is the founding Executive Director of Taiwanese American Arts Council. She is a distinguished independent curator, and has curated many exhibitions and events at museums, art organizations, and galleries,  She is co-editor of the book entitled Zhang Hongtu: Expanding Visions of a Shrinking World co-published by Duke University Press and Queens Museum. She was Director and Chief Curator of the Exhibition Department of the National Taiwanese Museum of Art, Cultural Specialist at the Council for Cultural Affairs in Taiwan, and curator at the Chinese Information and Cultural Center Taipei gallery in New York City. Her exhibitions have received international acclaim from leading media venues including the New York Times and Wall Street Journal. Ms. Lee studied Art History at the Graduate Center of the City University of New York and pursued doctoral studies in Critical Art at New York University. She serves as committee member and art consultant for various organizations.