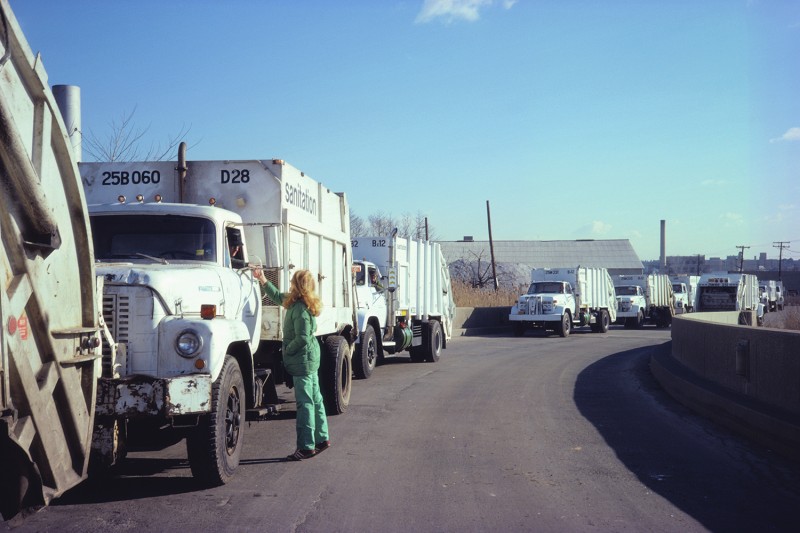 Beyond Mierle Laderman Ukeles’ almost four decade long artist residency within the NYC Department of Sanitation, NYC’s Department of Cultural Affairs has recently initiated artist residencies inside three other city agencies and is working on more. Cities around the country, including Boston, Minneapolis, St. Paul, Kansas City, and Los Angeles, are experimenting with their own versions of residencies within municipal agencies and departments.

Artists In/Of The City convening provides an open space to share and discuss the aspirations and experiences of artists and their city agency partners involved in these kinds of residencies in NYC and across the country. We’ve also invited those in charge of organizing these residencies to share how they initiated and structured their residencies given their local contexts. We hope that these examples will illuminate the best ways moving forward to harness artists’ unique creative and critical contributions to how urban systems work.

The Artists In/Of The City convening starts with a brief examination by Ukeles of the artworks that inspired the event from the Touch Sanitation Show, 1984. Three works originally conceived for Touch Sanitation Show have been reimagined for the Queens Museum, and we will meet in front of One Year’s Worktime II, 1984/2016, a full year of work shifts in the form of clock faces has been silkscreened over a gradient of colors representing the seasons which is installed on the Museum’s Large Wall in the Main Atrium. We will then assemble around the Peace Table, originally commissioned in 1997 by the Los Angeles Museum of Contemporary Art for Ukeles’s installation Unburning Freedom Hall. Made of layers of cobalt blue stained glass and plate glass in the shape of a halo, it will be suspended from 50 feet above the central atrium of the Queens Museum.

Confirmed guests for the convening include: