The Queens Museum of Art presents the first museum retrospective of the work of William Sharp (1900-1961), an artist who fled Nazi Germany and settled in Forest Hills, where he became widely regarded for illustrations that captured the political, racial, and economic tensions of the Cold War era. The Pointed Pen: William Sharp’s Courtroom Drawings, Political Caricatures, and Book Illustrations from the 1930s-1950s brings together more than 250 illustrations, etchings, and lithographs characterized by Sharp’s keen ability to convey emotional truths often masked by political and social conventions. Largely overlooked since his death, Sharp’s drawings of famous trials, political cartoons, and portraits of street life depict historical events and moods from this fascinating period in American history. This exhibition runs from December 15, 2002-March 2, 2003. An opening reception will be held January 12, 2003, 3-6pm.

Born Leon Schleifer in Lemberg, Austria (now part of Ukraine), in 1900, Sharp studied fine art in Austria and Poland before finishing his studies at the University in Berlin in 1918. After serving briefly in the German army at the end of World War I, he stayed on in Berlin and worked as a book illustrator, painter, etcher, and lithographer, and soon focused on courtroom trial sketches and magazine work for the Berliner Tageblatt and Volk und Zeit. In the late 1920s, as Adolph Hitler’s National Socialist Party grew, Sharp, under various pseudonyms, drew political cartoons satirizing the party and its leader in the anti-Nazi press. After being threatened with imprisonment by the Nazis in 1933, Schleifer and his wife Ruth fled the country and arrived in New York the following year. In 1940, Schleifer became a United States citizen and changed his name to William Sharp. The Sharps settled in Forest Hills and stayed in the same apartment until William’s death in 1961 and Ruth’s in 2002.

For his first assignment in New York, Sharp found himself sketching the extraordinary court case of Bruno R. Hauptmann, who stood accused of kidnapping famed aviator Charles Lindbergh’s baby in the “trial of the century.” Reproduced in the New York Daily Mirror and in Hearst-owned papers throughout the U.S., the case perhaps presaged his destiny as the finest courtroom illustrator of his time. Sharp went on to cover some of the most sensational trials of the 1940s and ‘50s, including those of Alger Hiss, the Brinks Robbery, and Tokyo Rose, which are included in this exhibition.

Outside the courtroom, Sharp frequently lampooned American society in the pages of Life, PM, and Esquire magazines. He was deeply concerned with racial injustice and created several series of drawings that addressed the welfare and treatment of African-Americans in the legal system. He also completed a series of works celebrating jazz culture in the ’50s, many of whose key figures lived in Queens. He often addressed the peccadilloes of New York life in Coronet, Colliers, the New York Post, and, for over twenty-five years, The New York Times Magazine. With a cast of characters that ranged from political heavyweight Joseph Stalin to prize fighter Joe Louis, Sharp combined progressive politics and a knack for detail, resulting in unforgettable images that carried unequivocal meaning as well as broad appeal.

The Pointed Pen: William Sharp’s Courtroom Drawings, Political Caricatures, and Book Illustrations from the 1930s-1950s is curated by Valerie Smith, Director of Exhibitions. 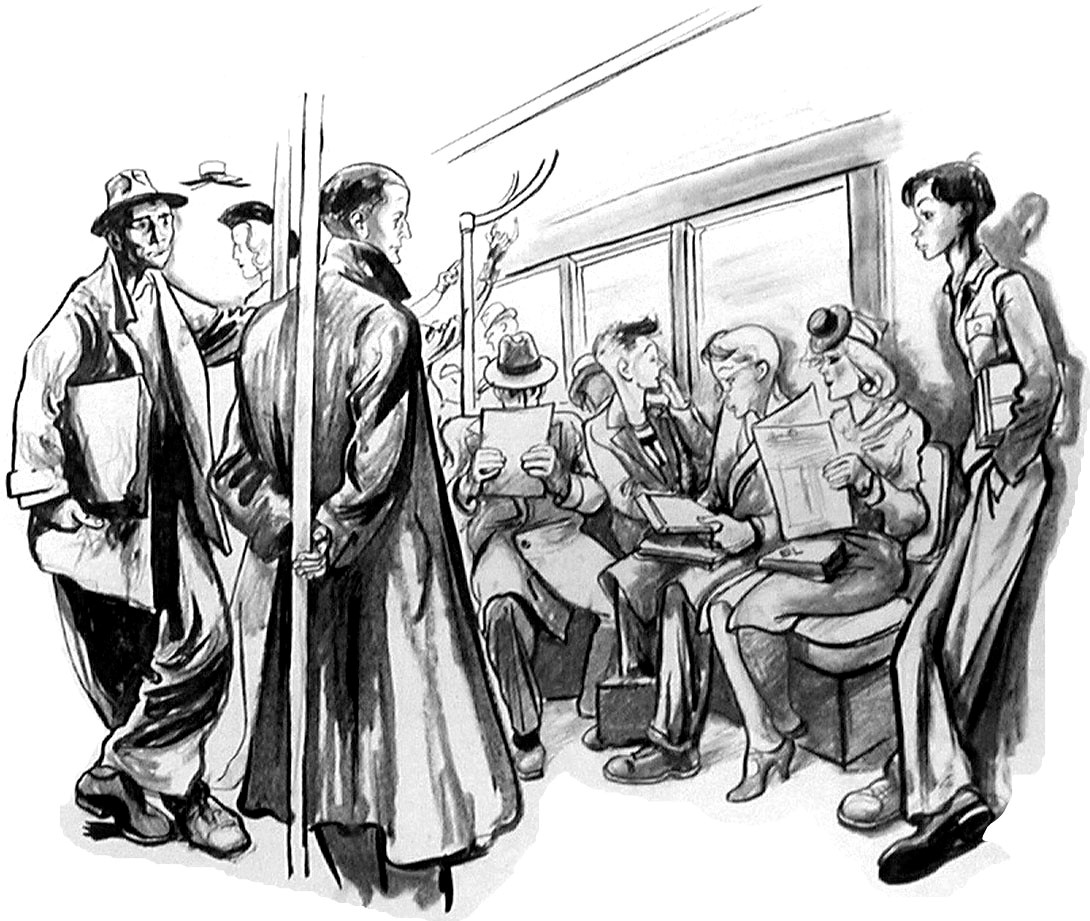