“Something Borrowed, Something New was borne out of my love for Italy and my fascination with and admiration for people who uproot themselves by choice or necessity,” says New York-based photographer Jessica Chornesky. “I have always been interested in seeking out less heard voices-often these tend to be those of women. Working on a project about the experience of Italian women, from the dual perspective of women living in Italy and their counterparts who immigrated to the United States in the years following World War II, provided a unique window into a rich culture and people, and an important aspect of the Italian experience – immigration.”

Using photography and oral histories to explore Italian immigration to the United States from a uniquely female perspective, Chornesky documents and compares the Italian women who immigrated to the United States after World War II to their female counterparts (primarily sisters and cousins) who stayed in Italy. The photographs and stories draw us into the lives of the subjects and prompt us to think about where culture and identity intersect.

Throughout 2003 and 2004, Chornesky interviewed Italian American women about their immigration experience as well as their perspectives on such subjects as money, power, sex and work. She also traveled throughout Sicily and Southern Italy to photograph and interview their female relatives. The stories uncovered were both inspirational and at times quite tragic.

Jessica Chornesky is a New York-based photographer specializing in reportage and portraiture, and is committed to work which looks at the experience of women. Her last exhibit, entitled 70UP Women: New Images of Aging, highlighted older women’s contributions to society and family. 70UP debuted at the Museum of the City of New York in 2003. Ms. Chornesky was the recipient of The Catalyst Institute’s 2004 Arts & Humanities Distinguished Achievement Award for 70UP. Over the past year Ms. Chornesky and the exhibit have toured nationally. She has made presentations to numerous organizations on re-framing the view of women and aging. Ms. Chornesky’s editorial and commercial work has included assignments for clients such as The Guggenheim Museum, The Henry Luce Foundation, Rolling Stone Magazine, Time Magazine and Pfizer Pharmaceuticals. 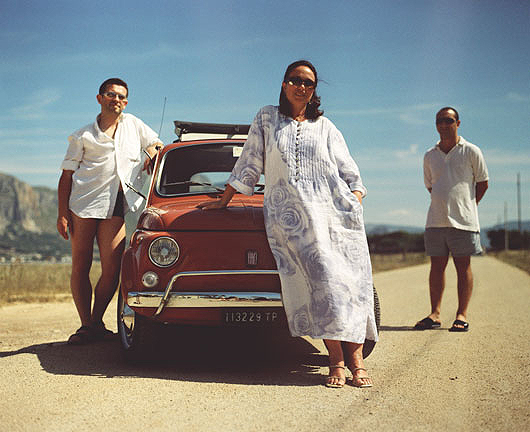