A tradition since 2001, Queens International is the Museum’s biannual exhibition of artists living or working in Queens.  While each iteration has its own curatorial team and vision, what remains constant is the central aim of highlighting and contextualizing the artistic vibrancy of the borough through contemporary cultural productions in all media.

Queens International 2016 characteristically looks to the idea of thresholds, and the way these spaces for transition, contact, and exchange become markers for the complexity of the forces that shape contemporary life. Many of the 34 participating artists, collectives, and partner organizations, use performance-based and site-specific approaches to activate the museum’s architectural and historical context. Ongoing projects in Queens International 2016 include experimental and often participatory events, genre-bending musical concerts, and international collaborations between Queens artists and their global counterparts. The politics of borders and border-crossing are expanded through the exhibition and complementary public programs to include not only the discourse of physical territory and migration, but also the act of transgressing between artistic disciplines, linguistic or ideological divides, digital and human interfaces, and prescriptive narratives of the past, present, and future.

References and source materials used by the artists zoom in and out of visibility from local to global, from micro to macro, and from private to public: the dominance of Western advertising in post-conflict Beirut; the international ubiquity of Mariachi bands; hyper-development in the New York City real estate market; the not-so-anonymous crowdsourced Internet marketplace; and the remixing of artistic identity with a Jazz legend. Queens International 2016 navigates these shifts between the assumed binaries and examines the ways in which these systems regulate our bodies and environments.

Responding to the increasingly intertwined relationship of printed and digital media today, Queens International 2016 features a contemporary model of publishing and distribution that develops into its maturity through post-opening contributions by the participating artists’ interaction among themselves and with external responders.  Conceived in collaboration with designer and creative director Ayham Ghraowi as an integral part of Queens International 2016, an evolving web platform will produce a print-on-demand publication that will incorporate content authored over the course of the exhibition. The website– serving as a living hub for documentation, artist interviews, short-form writing, and guerilla commentary from wide-ranging responders–will in turn comprise a publication that can either be printed on-site at the exhibition via a risograph printer, or accessed as a downloadable PDF. In line with the character of Queens International 2016, the risograph method allows the publication to sit somewhere between a handmade screenprint and Xerox copy, gives digitally formatted  contents a uniquely physical property.

A looped screening in the Queens Museum Theater, A Frame Apart highlights recent short films made in or about Queens. At once intimately local and inexorably intertwined with the tumultuous forces of global capital, these films reveal Queens as both a muse and a battleground, simultaneously a node connecting world cities and a patchwork of insular neighborhoods.

Queens International 2016 is generously supported by Mark & Katie Coleman, LaGuardia Corporate Center Associates, LLC, Blumenfeld Development Group, Leo & Patti Hindery, and Douglas and Sarah Luke. Special thanks to the Foundation for Contemporary Arts Emergency Grant and Espacio Odeón (Bogotá, Colombia) and Frame Visual Art Finland for their support of individual artists in the exhibition. Major programming support for 2016 has been provided in part by the New York City Department of Cultural Affairs and the New York State Council on the Arts with the support of Governor Andrew Cuomo and the New York State Legislature. 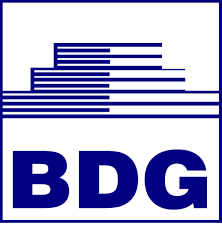 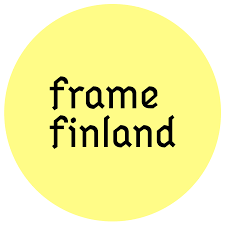