The Queens Museum of Art will break ground later this year on an expansion project that will double the size of the institution and usher in a new phase in the museum’s history. In the period leading up to and through construction, the museum will be embracing our state of flux with Launch Pad, a new multi-year series of artist projects and residencies that utilizes the museum both as a site and a resource to facilitate socially collaborative and community-engaged art programs. Launch Pad offers emerging artists six-month residencies aimed at bringing artists into the fray and having them work with the museum staff and audience to energize the building, the museum’s programming and the audience experience.

Launch Pad was inaugurated in Fall 2008 with Ernest Concepcion’s guerilla-style wall drawings project Queens 20/20, which playfully intervened with the QMA collection exhibition The Gift 2008. Now we are hosting an artist-in-residency with photographer and mixed-media artist O Zhang.

O is a graduate of the Royal College of Art in London and Central Academy of Art in Beijing. She moved to New York in 2004, and since then has been living and working between New York and Beijing. The insightfully selected subjects in her recent photographic series —Chinese girls as the most unwanted population in contemporary China, Western families adopting young Chinese girls, and the rapid globalization of Beijing—speak eloquently about the societal and cultural transitions in China today.

For Launch Pad, O has been closely working with QMA staff members since December 2008, exploring the communities in Queens to produce a new project, Together We Are Stronger (working title). The artist is investigating and identifying the communities in Queens through the active working relationships with the borough’s diverse population that the QMA has established through its wide ranging exhibition schedule, public events and education programs. The artist is interested in hearing real voices from various individuals and communities about their sustaining hopes and community pride in this moment of political and economical shifts, and translating those voices into a visual expression to be shared beyond the existing socio-cultural boundaries.

O Zhang’s residency continues through May 2009. 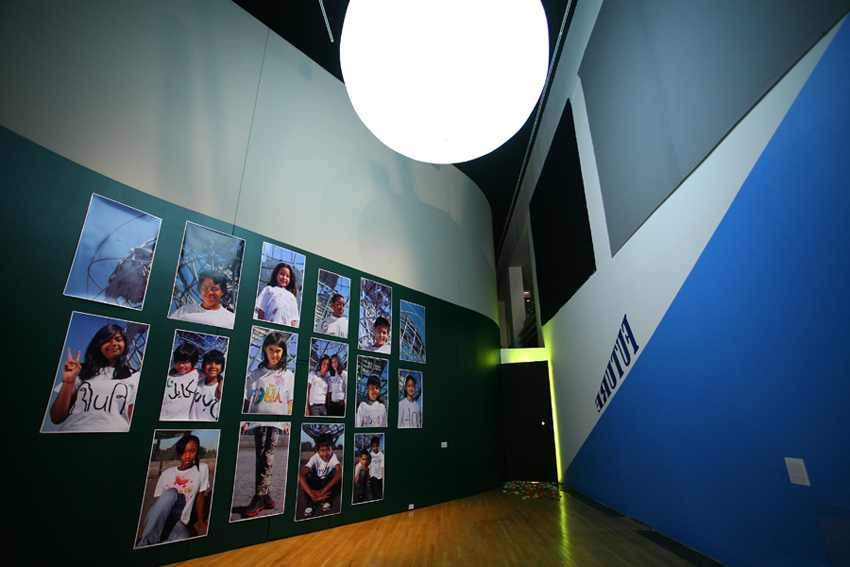 The Andy Warhol Foundation for the Visual Arts, Inc., The Greenwall Foundation, and The Cowles Charitable Trust.