The Queens Museum of Art is pleased to present the first New York museum installation of Egyptian video artist Hassan Khan. Khan’s The Hidden Location (2004) a four-channel video installation, is a 52-minute continuous flow of visual material. The work takes the city of Cairo and its inhabitants as a container in which disparate scenarios and investigations come to life. The camera touches the surface of the city in an attempt to scrape out an invisible space-the hidden location. Composed of sixteen very different sections, from a woman describing a corporate training program to a young couple’s arguing about the economics of their relationship to scenes of Cairo traffic jams, the piece triggers a desire to locate relationships between sections of the work on the one hand, and between the whole and culture at large on the other. The viewer, incapable of watching the four screens simultaneously, becomes an active editor of the piece, constantly shifting between screens as she navigates her location within the installation.

As a finale of the opening of his exhibition on May 22nd, Khan will perform his music set The Big One (2009), a 45 minute piece made up of oscillating juxtapositions of heavy synth-based New Wave Shaabi music with delicately wrought tonal compositions.

In addition, on May 20, the artist will discuss the work on view at e-flux (41 Essex St, New York). In July (Date TBD) a screening of several single-channel works will be hosted at Alwan for the Arts (16 Beaver St., 4th Fl, New York) followed by skype dialogue with the artist.

Hassan Khan (b. 1975, London) lives and works in Cairo. Khan’s practice includes video installations, interventions in printed media, lecture-performances, text works and also music performances. Selected solo shows include Gezira Art Center, Cairo (1999), Galerie Chantal Crousel, Paris (2004), A Space Gallery, Toronto (2005), Gasworks, London (2006), Le Plateau, Paris (2007), Uqbar, Berlin (2008), Kunsthalle St. Gallen (2010), and Galerie Chantal Crousel, Paris (2011). Khan has also participated in the Biennials of Istanbul (2003), Seville (2006), Sydney (2006), Thessaloniki (2007), Contour (2007), Gwangju (2008), and Manifesta 8 (2010) as well as the Triennials in Turin (2005) and Yokohama (2008) amongst other international group exhibitions. He has composed soundtracks for theatre and performed his music in venues around the world. His album tabla dubb is available on the 100copies label. Khan is also widely published in both Arabic and English. Nine Lessons Learned from Sherif El-Azma was published by the Contemporary Image Collective, Cairo in 2009. 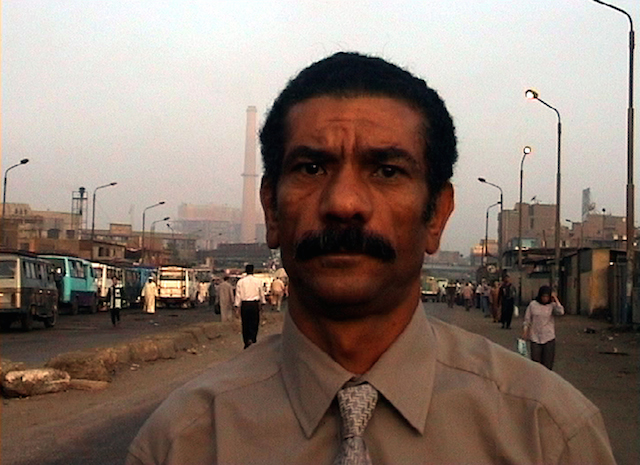 The Edward and Sally Van Lier Fund of the New York Community Trust and The Greenwall Foundation. Additional funding from the New York City Department of Cultural Affairs and New York State Council on the Arts.