Reaching from Flushing Bay on the north side to Kew Gardens on the south, and from the Federal Building on the east side in Flushing to the western entrance gate on 111th Street in Corona, the New York World’s Fair comprised a massive area covering 1,216 acres when it opened on April 30, 1939. The fair broke ground on June 29, 1935 and took over three arduous years to construct, through a nearly miraculous evolution from a salt marsh formerly utilized in the mid to late nineteenth century as a bucolic recreational area and for commercial ventures such as beer gardens and oyster farming. From the turn of the century to 1934, these wetlands were profoundly transformed into the notorious ash dumps of Tammany Hall crony Fishhooks McCarthy’s Brooklyn Ash Removal Company, which were originally introduced into the American vernacular by F. Scott Fitzgerald’s The Great Gatsby.

“…This is a valley of ashes–a fantastic farm where ashes grow like wheat into ridges and hills and grotesque gardens where ashes take the forms of houses and chimneys and rising smoke and finally, with a transcendent effort, of men who move dimly and already crumbling through the powdery air. Occasionally a line of grey cars crawls along an invisible track, gives out a ghastly creak and comes to rest, and immediately the ash-grey men swarm up with leaden spades and stir up an impenetrable cloud which screens their obscure operations from your sight…

The valley of ashes is bounded on one side by a small foul river, and when the drawbridge is up to let barges through, the passengers on waiting trains can stare at the dismal scene for as long as half an hour…”

Mountains of ash almost one hundred feet high (created by the dumping and subsequent burning of over one hundred rail cars per day packed with household refuse, stove ash and animal carcasses) were excavated and moved, then mixed with meadow mat and top soil, to create land fill on the future fairgrounds. This rigorous reclamation of the landscape took one year by teams of laborers working in 24-hour shifts eerily illuminated by Westinghouse Corporation’s “manmade perpetual sunlight:” over three hundred 80’ towers each shining 1500-watts of light, to prepare the land for construction.

Under the stewardship of NYWF Corporation President Grover Whalen, Mayor Fiorello La Guardia and NYC Parks Commissioner Robert Moses, and bookended by the foment of the Great Depression and the commencement of World War II, a fabulously futuristic and harmoniously conceived fair arose in Queens, far away from Manhattan. Beckoning like the magical Emerald City of Frank L. Baum’s 193 work, The Wizard of Oz, the fair’s exuberantly planned utopian vision of “The World of Tomorrow,”as close as a 10 cent train ride, still proved to be financially unattainable to the majority of immigrant populations whose businesses and homes bordered its periphery.

With vintage gelatin silver prints, blueprints and original documents, Future Perfect: Re-Constructing the 1939 New York World’s Fair will illustrate the colossal undertaking that was the creation of the fair. Copies of the original blueprints for Harrison and Fouilhoux’s symbolic Trylon and Perisphere’s steelwork (inspired by the domes of San Marco in Venice) provide the underpinning of this exhibition along with a marvelous cache of photographs ground out on a non-stop basis by the official NYWF Department of Press. Whalen’s publicity machine produced heroic captions for these photographs such as “the 1,216 acre site was made in a 190-day engineering feat of moving nearly 7,000,000 cubic yards of ash “mountain” and meadow mat in a ‘once worthless area’ on Flushing Bay and within a few minutes by rail from mid-town Manhattan…to be a permanent city park after the fair.”

From the fair’s inception, Robert Moses envisioned the remains of the fairgrounds after the closing in 1940 as a people’s park, his “Versailles” for the city as today, Versailles is France’s patrimony, a stately LeVau and Hardouin-Mansart’s design integrated with gloriously landscaped gardens. It wasn’t until much later, after the subsequent 1964-65 New York World’s Fair, that Moses was able to realize much of his original ambitious plans for what is presently Flushing Meadows Corona Park.

The Queens Museum of Art’s permanent home in the New York City Building is one of the very few original structures left standing, and was designed to be the future home of a skating/roller rink. Optimistically touted by the press office as “… a $1,200,000 ‘Glass House’ (permanent) almost ready for the placing of fascinating exhibits depicting modern municipal service to man,” numerous city agencies had exhibits including the NYC Police Department whose “Murder at Midnight,” was a staged re-enactment of a crime scene investigation, the ‘30s version of CSI’s crime detection techniques. The building became La Guardia’s favorite location and the site of his summer office for the two summers the fair was in existence.

Other vintage prints of previously unexhibited scenes from the collection will be on view: Whalen and La Guardia breaking ground on the fair’s future site; fair designers’ scale model of the fair in the making (subsequently shipped to Chicago as La Guardia’s promotional tool for selling the fair to businesses and the masses); clearing the Corona ash dumps; building of sewer, water, roadways and other infrastructure projects; plantings of trees, shrubs and flower beds; the erection of pavilions; aerial views of planes flying over the incomplete steelwork of the Trylon and Perisphere and the New York City building; carpenters and painters building Con Edison’s City of Light; and even vintage prints and original documents relating to Salvador Dali’s notes and construction of his fabulist pavilion, Dream of Venus, realized in the fair’s Amusement Zone. 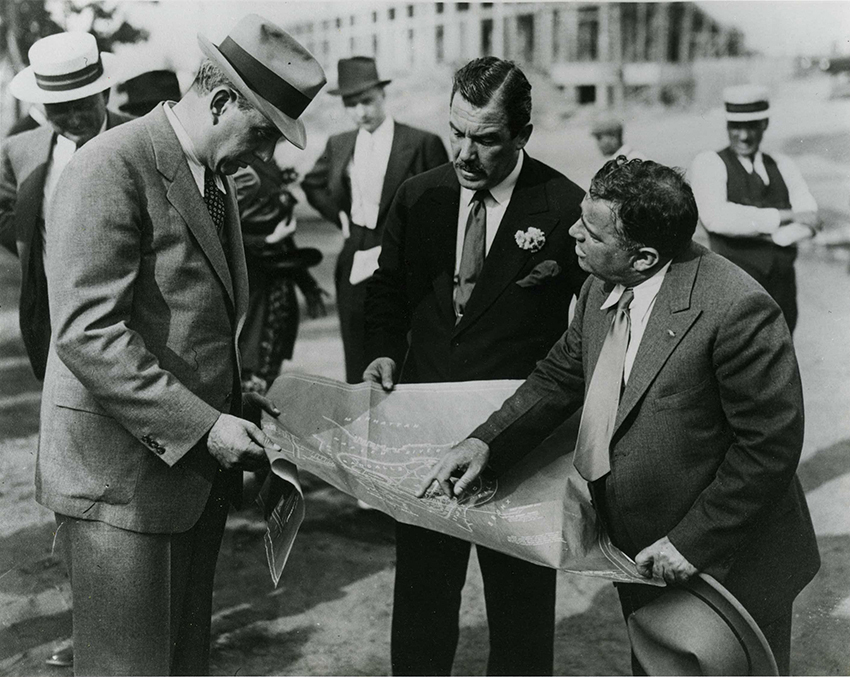 The New York City Department of Cultural Affairs and New York State Council on the Arts.The Queens Museum of Art is grateful to numerous donors to our World’s Fair collection who have made this exhibition possible, some anonymous and others too numerous to mention. We are especially indebted to Irene Feldman and Charles W. Schwartz whose contributions of the NYWF Department of Press photographs form the core of this exhibition. Thanks to Kenny Greenberg – Krypton Neon LLC www.neonshop.com for his generous contribution of neon lighting for this exhibition. Exhibition design by Arnold Kanarvogel, Queens Museum of Art. 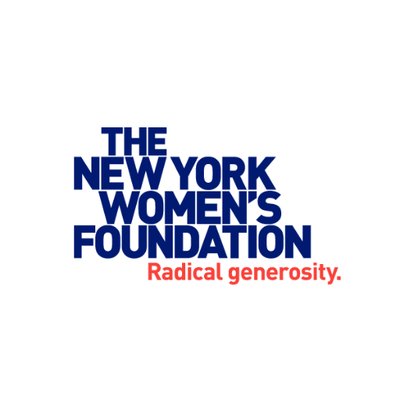 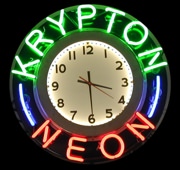