Erasing Borders: Indian Artists in the American Diaspora, on view at the Queens Museum of Art from February 4 through March 4, 2007, presents a diverse collection of work produced by 16 artists whose origins can be traced to the Indian Subcontinent. A multi-generational selection of artists negotiates Indian and Western approaches to art making. Each artist has developed intensely personal interpretations of the traditional genres of painting, photography, sculpture and prints, through landscape, abstraction, Indian miniatures, postmodernism, surrealism, and political history. Together, the works can be seen as an effort to transcend the borders that confine and control preconceived definitions of Indian and Western art.

The third annual exhibition of its kind organized by the Indo-American Arts Council, Erasing Borders articulates the interests and concerns of diaspora artists living in contemporary society. Not unlike their predecessors, they have also drawn on subject matter from India while referencing the political conditions of their current environment. They examine issues such as AIDS, poverty and South Asian identity in a post-9/11 world. These artists also grapple with the religious, sexual and ethnic dimensions of this complex reality.

In the 20th and 21st centuries, 20 million people of Indian descent relocated to different countries. Erasing Borders demonstrates how adaptation, an inextricable feature of diaspora, has been employed as both a mode of survival and an artistic strategy amidst geographic and cultural changes. Following India’s independence from British rule, Indian artists abroad had to contend with traditional mores in a modern environment. Ultimately, these artists created their own language of expression by blending Indian aesthetic tropes with the newfound demands of their minority status.

Erasing Borders also enriches the dialogue between today’s diaspora artist community and a flourishing contemporary art scene in India. Exhibition curator Vijay Kumay observes, “This is a high time in the Indian contemporary art market…with dealers, buyers and investors busy in their business techniques…and artists with cell phones stuck to their ears… I am thinking about our little exhibition Erasing Borders, showing work from a small diaspora artist group living in the United States. Whether our art has any effect on what’s going on in Indian art today or not, we are telling our stories through our talents.” While past traditions were often a point of departure for earlier generations, contemporary Diaspora artists must also embrace and reinterpret an India that is more modern than ever. 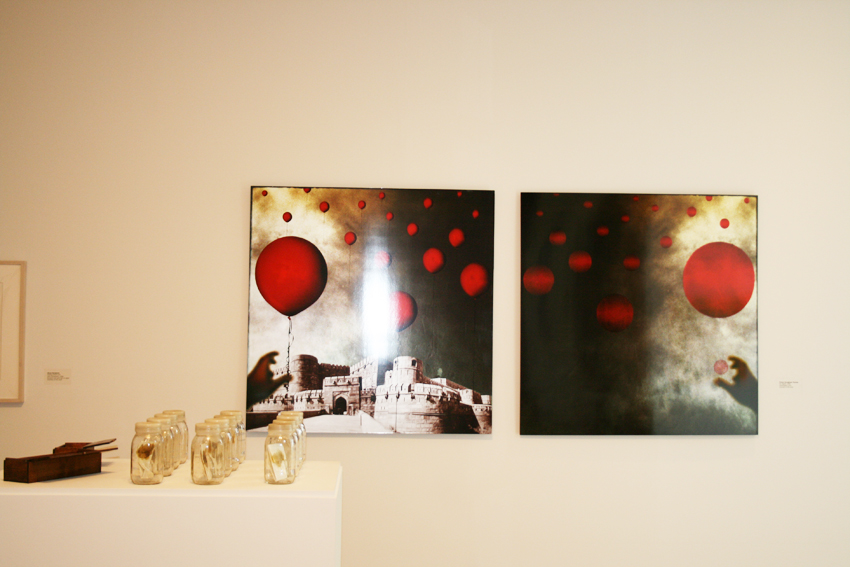 The third annual exhibition of its kind organized by the Indo-American Arts Council.