The Queens Museum is pleased to announce Do you want the cosmetic version or do you want the real deal? Los Angeles Poverty Department, 1985-2014, the first museum survey of the Los Angeles-based performance group Los Angeles Poverty Department (LAPD). Founded in 1985 on Los Angeles’s Skid Row by performance artist, director, and activist John Malpede, LAPD is made up principally of homeless or formerly homeless people and has been an uncompromising force in performance and urban advocacy for almost 30 years. The exhibition at the Queens Museum will include documentation of works since their first in 1986 and live performances of two critically acclaimed works: State of Incarceration (2010-ongoing) in its East Coast premiere and Agentes & Activos, the North American premiere of the Spanish language version of Agents & Assets (2001-ongoing). In addition, during a five-week residency starting in January 2014, LAPD will engage Drogadictos Anonimos (DA), a Corona, Queens-based recovery group, in a unique partnership in which DA will perform in Agentes & Activos, and LAPD will serve as artistic mentors for the group’s street theater initiatives.

A third of parolees released to the Los Angeles area settle in Skid Row. State of Incarceration is a performance, an installation, and an event architecture on the topic of the California prison system. Prison bunkbeds are crammed wall-to-wall into a gallery, and the audience sits amidst the performers, who deliver monologues in the narrow aisles, sweep or scrub the bedframes, or sleep or ruminate on their backs, individually or as a chorus in choreographed sequences. The performance culminates in the making and eating of “The Spread,” a meal made up of ramen noodles, cans of tuna, and anything else that could be collectively gathered kneaded together in a garbage bag with with hot water. After the performances, the prison bed structure will host thematically-related community events.

Now a decade-long project that has toured internationally, Agents & Assets combines the strict use of a single found text—an actual 1998 House of Representatives hearing on alleged CIA involvement in crack cocaine trafficking into the Los Angeles area—with changing casts of players and locations all affected by the global drug trade, from Detroit, Michigan to Cochabamba, Bolivia. With LAPD cast members and local partners—almost all of whom have been directly affected by drug policy—speaking the exact words of political figures from Nancy Pelosi to the director of the CIA, Agents & Assets is an extraordinary example of reenactment’s emotional charge as an artistic strategy and a masterwork of political theater. Performances will take place at the Queens Museum and elsewhere in New York City, to be announced.

The Los Angeles Poverty Department has documented its performances since they began. In a comfortable setting, visitors can view original video documentation of South of the Clouds, 1986, a series of idiosyncratic monologues generated from the performers’ favorite physical activities; No Stone for Studs Schwartz, 1987, a semi-scripted murder-mystery scenario that reflected the unstable and dangerous energy of Skid Row at that time; selections from LAPD Inspects America series (1988–1994), a “kamikaze” performance residency in which core LAPD members would travel to cities across the US and Europe in order to script and perform entirely new works with local homeless people; Jupiter 35, 1989, in which an LAPD cast member who had been thrown from a roof hallucinates his hospital stay; Call Home, 1991, which, inspired by a statistic about the disconnection of homeless people from friends and family, involved a free working payphone installed on the street. Red Beard, Red Beard, 2001/ 2008, a reenactment of Akira Kurosawa’s classic film of a doctor and his impoverished patients in a rural clinic, and an important precursor to Agents & Assets, will also be excerpted here, as will an English version of Agents & Assets itself. Home-video and television programming on and by the group is also included.

Finally, one of LAPD’s major roles in the last decade has been to document and record the hidden history of Skid Row. From Is there History on Skid Row? (2002)to the three-day pageant Walk the Talk (2012), a “peripatetic performance project based on stories told by the visionaries of the district” LAPD members have interviewed Skid Row’s old hands, mapped its changing borders, amassed files from its key organizations, and developed exhibitions, public art, and performances from that material. This phase of LAPD’s existence will also be represented in the exhibition, as a way of giving context to work that is extremely specific to its community but broad-based in its relevance to urban settings.

Los Angeles Poverty Department was founded in 1985 by director-performer-activist John Malpede. LAPD was the first performance group in the nation made up principally of homeless people, and the first arts program of any kind for homeless people in Los Angeles. Skid Row Los Angeles is the poorest area in the city, with the largest concentration of homeless people of any neighborhood in the US. At the time of its founding, poor and homeless people in the neighborhood were warehoused in shelters, fed in soup lines and there was little belief and no means for assisting people to rise out of this condition. LAPD, as the first arts organization on Skid Row, was active in a conversation and a movement with advocates, residents and social service professionals, that changed the paradigm by putting forward the idea that Skid Row could be improved by embracing and nourishing the powers of the people who live there. As their mission statement says, LAPD creates performances and multidisciplinary artworks that connect the experience of people living in poverty to the social forces that shape their lives and communities.

John Malpede directs, performs, and engineers multi-event projects that have theatrical, installation, public art, and education components. In 1985, he founded the Los Angeles Poverty Department (LAPD), a performance group comprised primarily of homeless and formerly homeless people who make art, live, and work on Skid Row. Beyond L.A., he has produced projects working with communities throughout the U.S., as well as the UK, France, The Netherlands, Belgium, and Bolivia. His 2004 work RFK in EKY sought to re-create Robert Kennedy’s 1968 “war on poverty” tour in the course of a four-day, 200-mile series of events focused on historic and current issues and social policy. As a 2008 fellow at MIT’s Center for Advanced Visual Studies, Malpede developed Bright Futures in response to the financial crisis. He has received grants, with LAPD, from the National Endowment for the Arts, Nathan Cummings Foundation, MAP Fund, NEFA National Theater Project, and Creative Capital, among many others. In 2013, Malpede was one of twenty national recipients of the second Doris Duke Performing Artist Award (Theater). 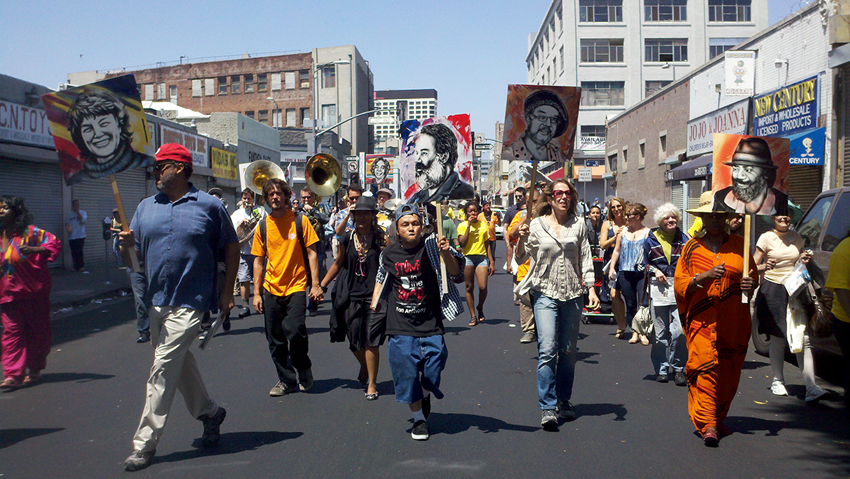 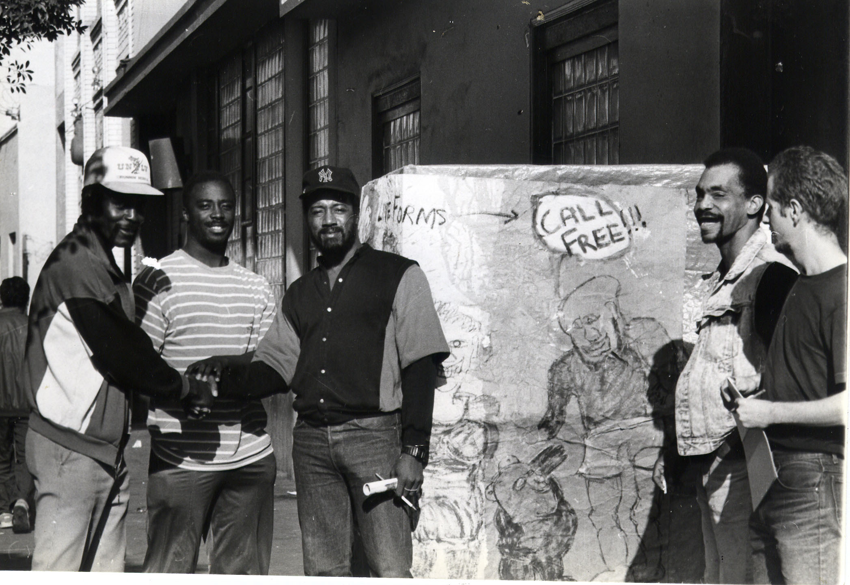 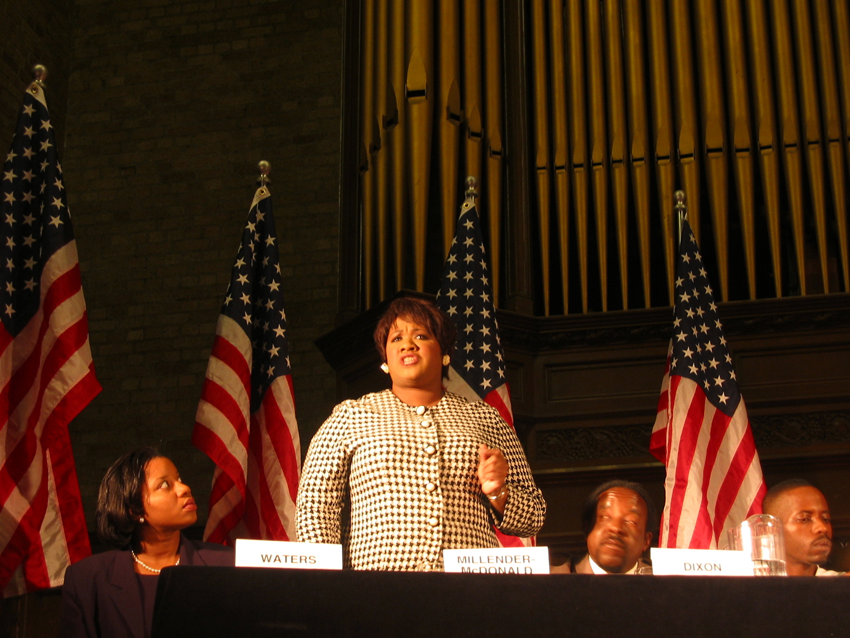 The Andy Warhol Foundation for the Visual Arts and National Endowment for the Arts. Project funding also provided by Surdna Foundation and Institute of Museum and Library Services. Open A.I.R. Artist Services Workshops are made possible by a generous grant from The Scherman Foundation’s Katharine S. and Axel G. Rosin Fund. Additional support from the New York City Department of Cultural Affairs and New York State Council on the Arts with the support of Governor Andrew Cuomo and the New York State Legislature.