Crossing the BLVD: strangers, neighbors, aliens in a new America is a multi-media project by documentary artists Warren Lehrer and Judith Sloan that portrays the lives of new immigrants and refugees in Queens, New York — the most ethnically diverse locality in the United States today. From 1999 through 2002, Lehrer and Sloan traveled the world by trekking the streets of their home borough in search of migration stories and a deeper connection to their diverse community. They began their project by conducting storytelling workshops in libraries, high schools and community centers throughout Queens. Their journey continued via photographic portraits and extended interviews in bodegas, family-owned restaurants, places of worship, public housing projects, apartments, and private homes. The result is documented in an extraordinary new book of photographs and stories (WW. Norton), an audio CD, a series of public radio documentaries, a reading/performance tour, a website, and this premier exhibition of photographic prints, sound stations, and a Mobile Photo/Story Booth, which allows you to add your own portrait and story to the Crossing the BLVD repository.

As a photographic series, Warren Lehrer’s strikingly direct portraits document an astonishingly diverse community focusing on individuals and families who arrived in the U.S. after the 1965 Immigration and Nationality Act mandated an end to discriminatory immigration policies that favored white Western Europeans. Some subjects are portrayed as they appear in a variety of settings, revealing the cultural hybridization experienced by new immigrants. We all wear multiple hats, but those of us who came to this country from other continents and cultures, cross in and out of and between different worlds on a daily basis. These photographic compositions reflect those continental and daily crossings. Some portraits are juxtaposed with others to form group portraits of families, neighborhoods, co-workers, teammates, classmates, fellow exiles or band-members.

Lehrer’s portraits are not monochromatic images of the downtrodden immigrant. His photographs portray the proud, colorful humanity, beauty and struggle of individuals who have crossed (sometimes for their lives) through war zones, borders, oceans, and cultural divides in pursuit of a better future. Portraits are paired with short narrative excerpts of the subject’s own words, contextual information, maps of the country or countries of origin overlayed with maps of Queens neighborhoods, panoramic landscapes of Queens, and important or sacred objects and images that Crossing participants carry with them from home to home. Photo Assistant, Jonathan Mastrojohn. Additional assistance, Rayoon Choi and Jack Ramsdale. 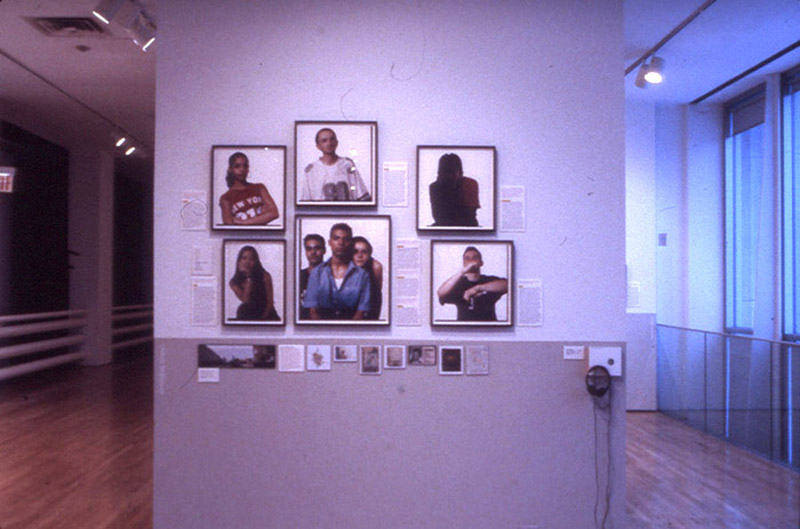