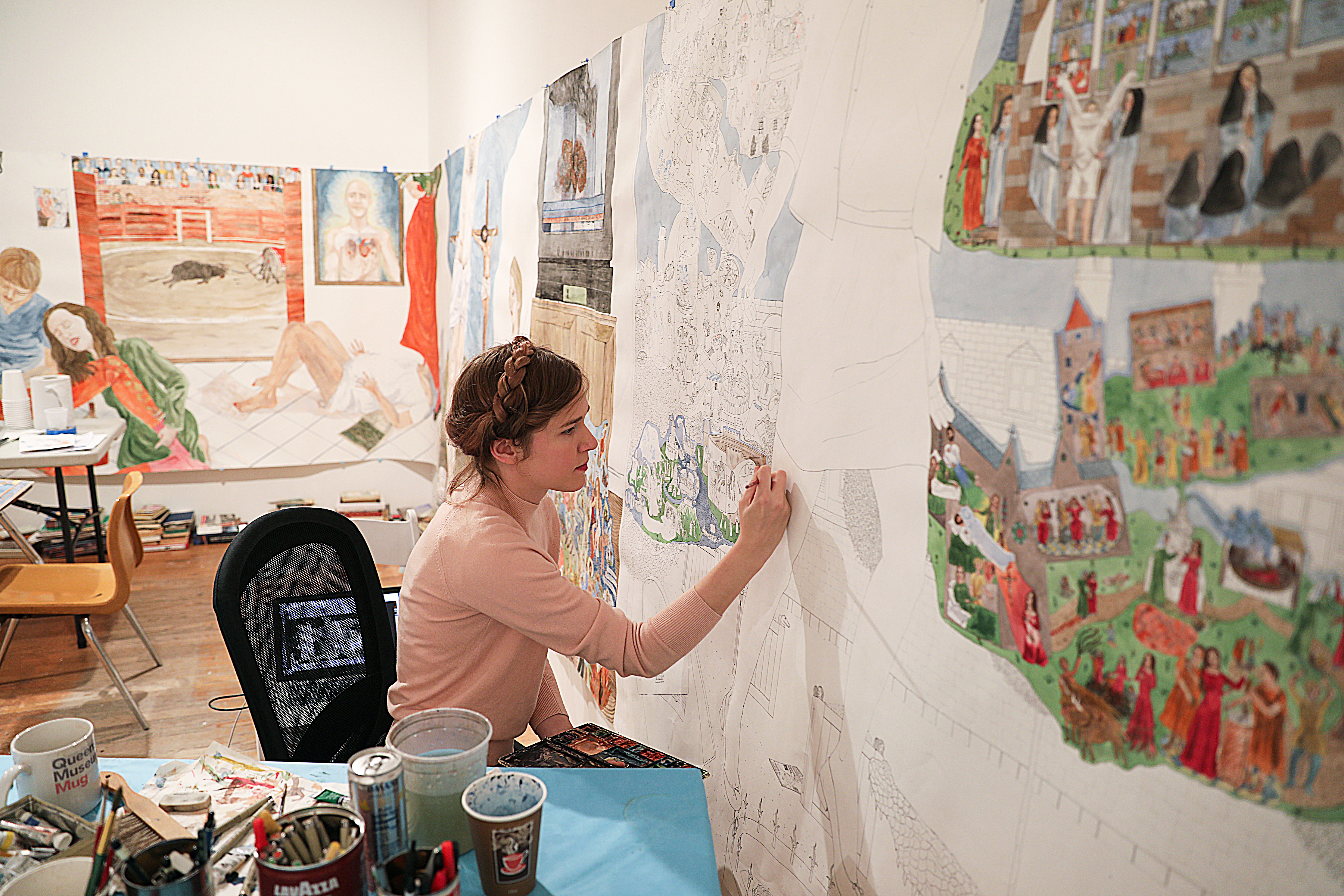 Join us for Winter Open Studios at Queens Museum! Artists and artist collectives participating in the Queens Museum Studio Program will open their studios to the public from 1-4pm.

At 2pm, a curators’ tour of current temporary exhibitions will depart from the Studio Program space!

Image: Jennifer May Reiland in her studio. Photo: Jeannine Han