Join us for the closing event of Queens International 2018: Volumes, including artist talks and performances, as well as the launch of the 2018 Carnegie International catalogue, to which members of the Queens Museum curatorial team, including QI 2018 curator Sophia Marisa Lucas, Larissa Harris, and Hitomi Iwasaki, contributed to a conversation about the notion of “international” with the Carnegie team.

A free shuttle will be running between the Museum and Mets-Willets Point stop on the 7 train from 12-6:30pm. 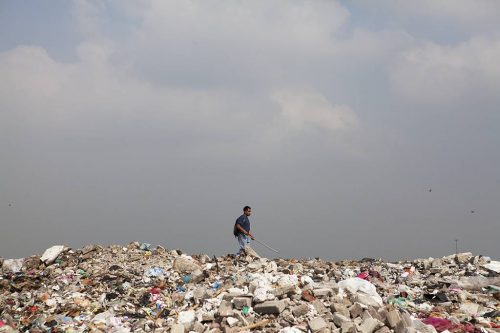 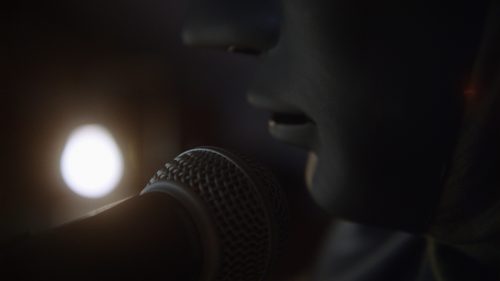 2:00-3:00pm: Fel Santos: I of Newtown Performance
(QM Theater, 2nd Floor)
Join us at Queens Museum for the culminating performance of Fel Santos: I of Newtown, a multimedia installation by poet Paolo Javier (former Queens Poet Laureate, 2010-14) and musician David Mason (also known as Listening Center) for the Queens Library LeFrak City branch that explores the sound poetry and elusive identity of Woodside poet Fel Santos. Javier and Mason’s installation at LeFrak focuses on the expansive sound poetry of Fel Santos, which draws from his immigrant Pilipinx history, encounters with the occult, and his mother’s own private language. Spanning film, video, sound poetry, and music, Fel Santos: I of Newtown shares the abundant intimacy and innovation of language and communication that is unique to multilingual speakers and postcolonial cultures.
Javier and Mason will be performing with poet Sherese Francis and artist/writer/teacher Emerald Carter.
This performance will be recorded by Montez Press Radio and broadcast on March 31st, 12-1pm.
Image: Film still, Paolo Javier and David Mason, Not Sure You Have One, 2018, digital video. Sean Hanley, editor/dp. Courtesy of the artists. 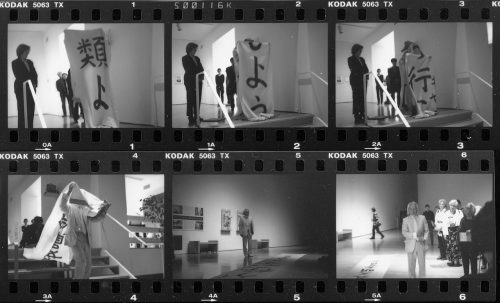 3:00-4:30pm: International: An Addendum to the Dictionary of the Possible
(Studio Program Triangle, 1st Floor)
RSVP here.
Please join us for a discussion on the keyword “international” in the context of two ongoing curatorial projects with respective team members: the 2018 Carnegie International with Associate Curator Liz Park, and Queens International 2018: Volumes with curator Sophia Marisa Lucas. The conversation with Park and Lucas will be moderated by Sreshta Rit Premnath and Avi Alpert, the editors of Shifter. Shifter is a topical publication that lies at the intersection between contemporary art, politics and philosophy and whose 2016 publication The Dictionary of the Possible emerged from a series of public discussions held over two years at The New School. Premnath and Alpert will be adding “international” as an addendum to the dictionary in response to this discussion. Alongside the works in the two exhibitions, the group will discuss how internationalism has been taken up in global political struggles from the 19th century to the present. What do these exhibitions reveal about the potentials, limits, and failures of the term “international” politically and historically? Looking back to Luis Camnitzer, Jane Farver, and Rachel Weiss’s 1999 exhibition at the Queens Museum, Global Conceptualism: Points of Origin, 1950s–1980s, the discussion will also broach the possibility of internationalism as the intersection of multiple trajectories rather than a harmonious principle.
For this discussion on the keyword “international,” a shared Google Doc has been created with links to recommended readings and where anyone can join the conversation about (un)defining this term.
Image: Matsuzawa Yutaka,Vanishing of Humankind, 1999. Performance documentation as part of Global Conceptualism: Points of Origin, 1950s–1980s, Queens Museum. Photos by Jeff Rothstein. 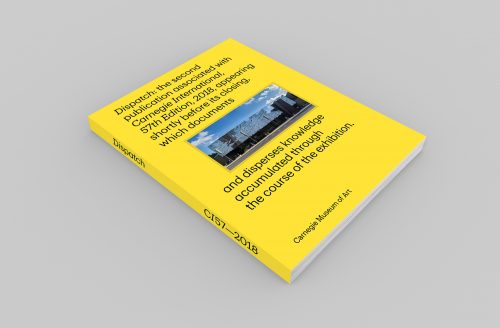