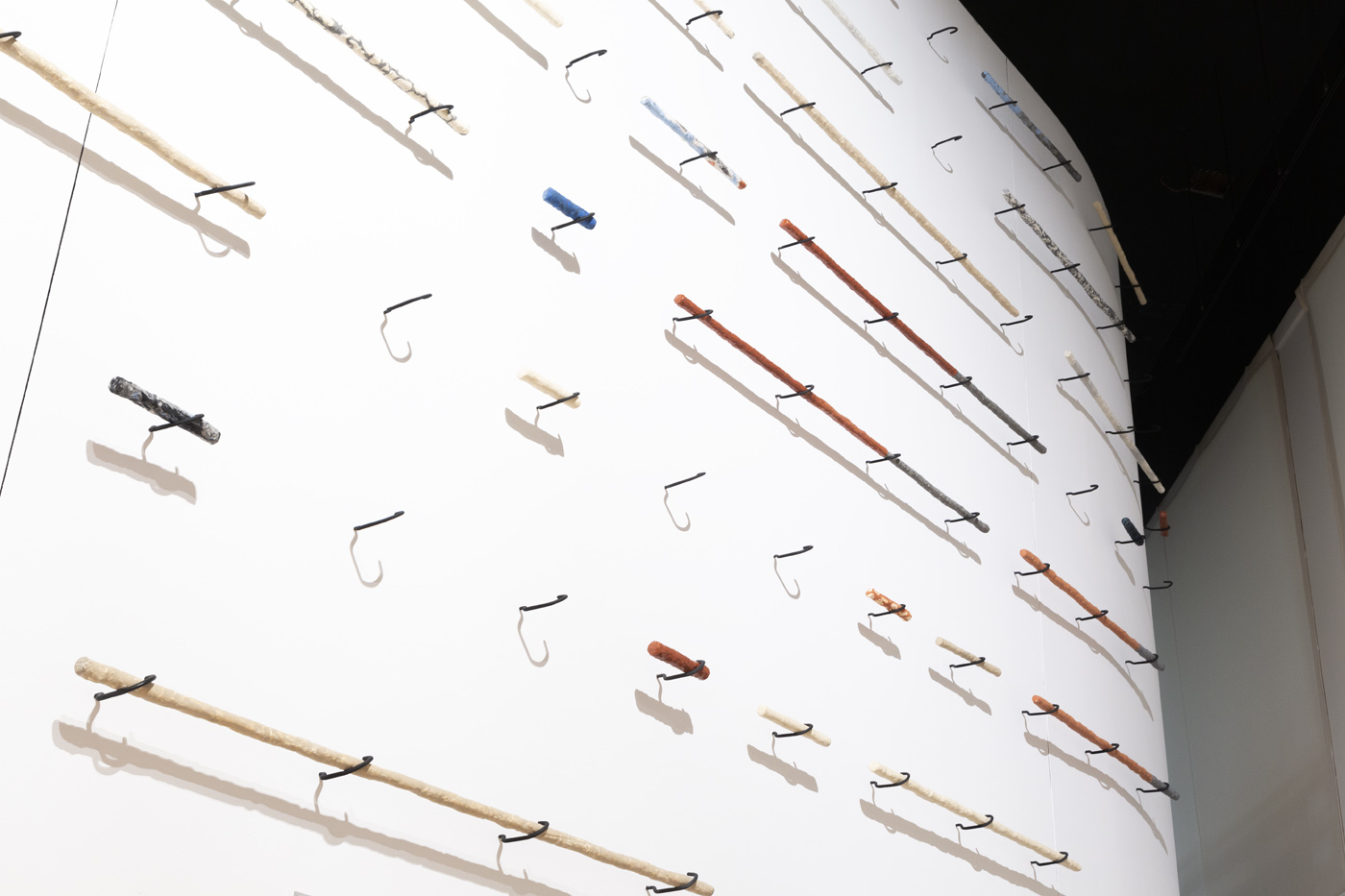 Join us for the opening reception of the Queens International 2018: Volumes and a new iteration of the performance Rosy-Crimson by participating artist Kim Hoeckele. There will be a free shuttle between the Museum and Mets-Willets Point stop on the 7 train running from 1:30–5:30pm.

Since it began in 2002, the Queens Museum’s Queens International has highlighted the artistic production of Queens in a major group exhibition approximately every two years. The eighth iteration Queens International 2018: Volumes opens on October 7th* and will include forty-three Queens-connected artists and collectives representing 15 neighborhoods and several generations, and for the first time, a partnership with the Queens Library. Participating artists’ works respond to sites throughout the entire museum and select Queens Library branches to question and expand systems of knowledge production.

Beginning at 2:30pm, Kim Hoeckele’s performance piece, Rosy-Crimson (2016-2018), represents her ongoing research into the fragmentary and transient nature of language and meaning. The work stemmed from a close reading of the 3000-year-old Greek epic poem The Odyssey, which was originally spoken aloud to an audience before being set down in writing centuries later. The subject of this poem is the hero Odysseus’ long journey home to his wife. Comparing its multiple translations, Hoeckele came across one recurring phrase: “dawn’s rosy fingers.” This repetition was a device to help the orator remember his spot in the epic poem. At Queens Museum, 18 actors clad in rose-hued outfits deliver a non-linear narrative based around the translations of this phrase with changes in volume, pitch, and body movement.

Opening of the community-engaged art project HamacaS by ArtBuilt Studio in the Park artist in residency Liene Bosquê. Featuring a presentation by community crochet and embroidery group Bordeando!

Sunday Family Workshop: This week’s Lenape Accessories workshop (October 7) will celebrate Indigenous Peoples’ Day where participants will learn about the history of the Lenape people and how to make Wampum Belts. Ages 4 and up.

*Please note that installations in Queens Library branches will open on November 10th, marked by a day of programming and related events.