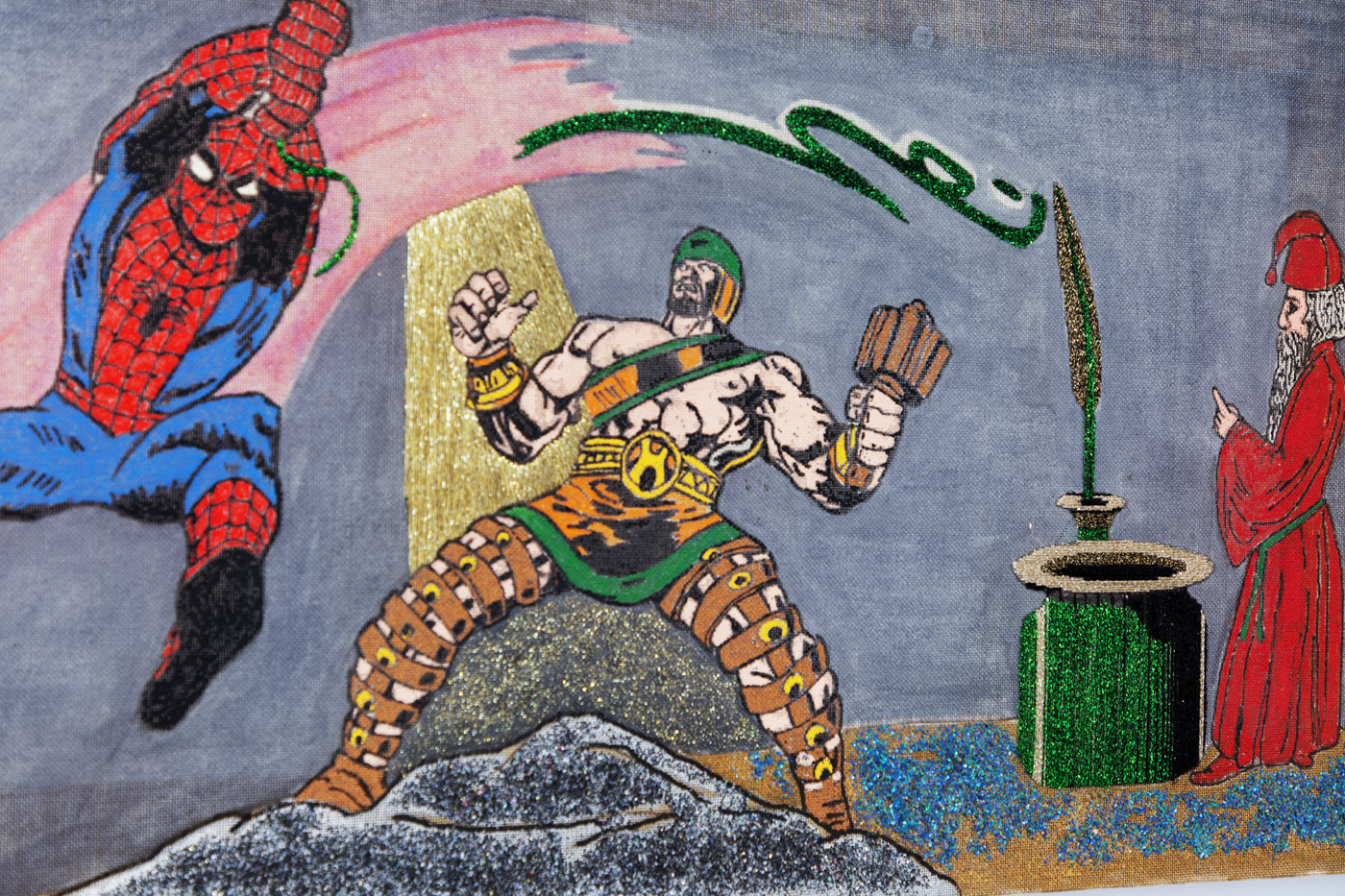 “The International is a nomadic wanderer, on land and in mind.”
—Nicolas A. Moufarrege, “The Mutant International,” Arts Magazine, September 1983, p 20.

Bidoun hosts a day devoted to the lost-found work of the Egyptian-born Lebanese artist Nicolas Moufarrege (1947-1985). A wildly prodigious visual artist, writer, and curator, Moufarrege made work that remains at once wry, sophisticated, and exuberant in its pursuit of the “idiosyncratic/universal.” Contributors will speak to and about the distinct cosmopolitan enclaves in which Moufarrege lived, including Alexandria, Egypt in the 1950s, and those where he worked: Paris and Beirut in the 1960s and 1970s, and New York in the early 1980s. These presentations will offer a lens through which to view Moufarrege’s emblematic engagements with painting and embroidery, graffiti and collage, Pop and the esoteric. The afternoon begins with a talk by artist Nick Mauss, presented with Visual AIDS, and concludes with a conversation among friends and associates from the five-odd years Moufarrege spent at the epicenter of New York’s East Village art scene.

Presented on the occasion of Nicolas Moufarrege: Recognize My Sign, on view through February 16, 2020.

Bidoun is an award-winning publishing and curatorial project with a focus on the Middle East and its diasporas. To date, Bidoun’s initiatives have included a quarterly literary and arts journal, books, exhibitions, screenings, readings and symposia, as well as an itinerant library. A monograph about the late Iranian avant-garde theater director Reza Abdoh, co-published with MoMA PS1, KW Institute, and Hatje Cantz, is forthcoming.

Visual AIDS utilizes art to fight AIDS by provoking dialogue, supporting HIV+ artists, and preserving a legacy, because AIDS is not over. In 2016, Visual AIDS published a volume of its DUETS series on Moufarrege’s work, featuring a conversation between Elaine Reichek and Dean Daderko.