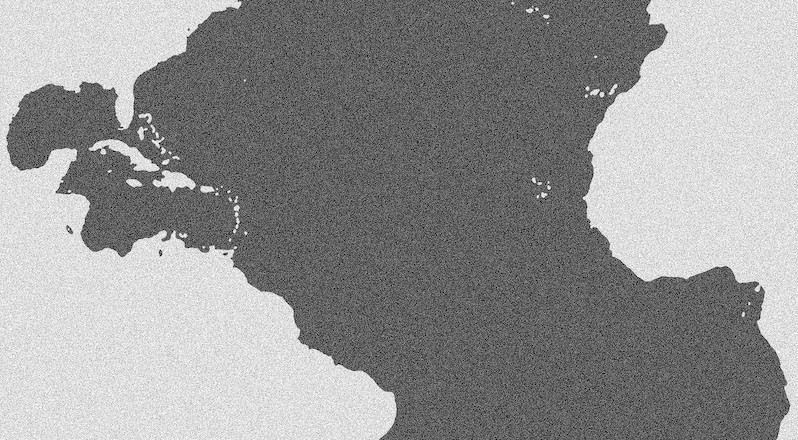 At this moment, national and local dialogues are being had about how history is memorialized through monuments, holidays, and public spaces. As New Yorkers (re)consider what constitutes a symbol of hate, The Columbian Exchange will unpack the ways artists, educators, and historians are confronting historical bias through their work.

The Columbian Exchange is named for the period of time following the European conquests of the Americas; and the people, plants, animals, diseases, and ideas that were taken across both sides of the Atlantic Ocean. This ‘exchange’ was a complex period of both diffusion and exploitation—the results of which reverberate to this very day. Join us at the Queens Museum on October 8th, for conversations and activities that will help us all recognize the symbols of colonialism and how to deconstruct them.

Columbian Exchange is part of Studio in the Park – Residency #6: Citizens of Earth by artist Nick Kozak.

230-330pm: Panel 1 – How can artists approach historical inaccuracies and/or conflict in their work? How does historical bias influence the viewing experience? With Priyanka Dasgupta, Damien Davis, and Ginny Huo; and moderated by Jesus Morales.  In the Theater, 2nd Floor.

330-430pm: Panel 2 – In these troubled times, what are the roles artists, educators, and historians play when addressing how history is represented in public spaces? With Christine Fryer, John Kriskiewicz, Jonathan Kuhn, Hugo Rojas; and moderated by Myar Alkhulaqi. In the Theater, 2nd Floor.

Myar Alkhulaqi is currently a student at the City University of New York at Hunter College. She is also an activist who loves fighting for justice and equality. She works for the non-profit organization, Hearts of Gold, where the mission and purpose is to reimagine the future of homeless mothers and their children. She loves learning, social justice, trying new foods, and reading.

Priyanka Dasgupta‘s installations include photography, video, sound and sculpture, trespassing boundaries between digital and traditional media. Dasgupta lives in New York and teaches contemporary art and education at New York University and City College. She has an MFA in Digital and Interdisciplinary Art Practice, City College/CUNY (2017), MA in Studio Art, NYU/ICP (2003), and BA in English Literature, St. Stephen’s College, Delhi (2000). Recent exhibitions of Dasgupta’s work include the Abrons Arts Center (2017), Shirin Gallery (2015) and the Queens Museum (2014) in New York, the Asian Arts Initiative (2017) in Philadelphia and the Changjiang Museum of Contemporary Art in China (2015). Dasgupta has participated in Transparent Studio at Bose Pacia (2012), Aljira Emerge (2007), and the AIM Program (2005) at the Bronx Museum. She has given artist talks at numerous academic and arts institutions. Dasgupta is currently developing work in collaboration with Chad Marshall towards re-contextualizing desire and privilege in the United States.

Christine Fryer  has been a high school Social Studies teacher for the past fourteen years. Throughout that time she has committed herself to teaching Title I students Global History and AP World History. Christine has been fortunate to also teach law classes that allow her to incorporate her first life (legal career) with her second life, teaching. Christine has been able to integrate her passions for travel and teaching through fellowships with the National Endowment for the Humanities (South Africa) and Fulbright-Hays (North Cyprus). Christine has seen the transformation on her student’s faces when she is able to show them personal pictures from a place they are studying. The place, people, and culture become real, instantly. This recognition is a powerful entry point through which empathy, civic responsibility, and a whole host of Social Studies skill-sets can be taught. It is Christine’s belief that a solid Social Studies education is the foundation of a civil society and hopes that through education her students are able to build bridges of understanding with marginalized communities in the United States and beyond.

Ginny Huo has worked as an educator, education manager, and a practicing visual artist over the past 10 years. She received her MFA and her Certificate in the College of Teaching Art from the Maryland Institute College of Art in Baltimore, MD and her BFA from Brigham Young University in Provo, UT. She also received a Certificate in Teaching English to Speakers of Other Languages (CELTA) through Cambridge English. Her passion to use art to educate and activate young minds has led her to work as the Expanding The Walls / Youth Programs Coordinator at The Studio Museum in Harlem. Within this position, she works with select teens from New York City to develop and coordinate an eight month long photography based curriculum. In addition, she works with select teens from the Teen Leadership Council to create and plan public programs for the youth in New York City at The Studio Museum. Additionally, Ginny maintains an active career as a visual artist, which informs her work as an educator. She has been a participant in residencies and programs such as Queens Museum Artist in Action Academy, Skowhegan School of Painting and Sculpture, Takt Residency in Berlin, Visiting Artist and Scholars Program at the American Academy in Rome, and SOHO20 Artist in Residence in New York.

Nick Kozak is an artist educator based in New York. He attended the State University of New York at New Paltz, where he studied Art History and Art Education. Later, he completed a Masters at New York University in Arts Education, where he also teaches. He has been a New York City public school teacher for nine years at Hunter Science High School, focusing on Art History and general awesomeness. In addition to his Studio in the Park residency at the Queens Museum, he is currently developing a body of work related to living in the Anthropocene. More than often he makes food for people. Also, he makes art.

John Kriskiewicz is a native New Yorker, John who holds a professional degree in Architecture from Pratt Institute, is an associate member of the American Institute of Architects, and a member of DOCOMOMO New York Tri-State.  Over the past two decades he has taught courses focused on architectural and planning history at Parsons School of Design, The Cooper Union, Fashion Institute of Technology, Stern College for Women and Manhattan College while designing tour programs and lectures for many of New York City’s institutions and corporations. Exhibitions and articles have revealed history and preservation issues to a broad audience.

Jonathan Kuhn is a thirty-year veteran of New York City Parks and Recreation and serves as its Director of Art & Antiquities, and oversees the placement, display and care of permanent and temporary art, and monuments in the City’s parks. He has curated more than 30 exhibitions on the history of parks in New York, and has authored the catalogue, The Outdoor Gallery: 40 Years of Public Art in New York City Parks (2007), the guide, Historic Houses in New York City Parks (1989/1992), as well as more than two dozen entries in the Encyclopedia of New York City (1995). He received his art history M.A. from Columbia University in 1983, and previously worked at the Cooper Hewitt National Museum of Design, the Museum of Modern Art, the Solomon R. Guggenheim Museum, 55 Mercer Gallery and the New Jersey State Museum.

Jesus Morales is an undergrad at The Cooper Union School of Art currently focusing on photography, video, and graphic design. He has worked with Arts Connection, No Longer Empty, ETW, and several projects by Nick Kozak. Jesus works at Saturday Program, a free Saturday art class at Cooper Union for NYC public high school students. He loves reading, Italian greyhounds, and his neighborhood, Ozone Park.

Hugo Rojas was born in Mexico City, the second son of Oscar Rojas and Bertha Godinez. During his early years, he moved to a small village called Congregación Almoloya in Oaxaca, Mexico, where he grew up. Hugo Rojas currently lives in New York City where he has been exploring photography, video and street art as a means of intervention. His photography has been exhibited in México, United States and Spain. Hugo currently teaches Spanish and Media Arts at the Urban Assembly Media High School in New York City, and is completing his graduate degree in Media Studies at The New School.