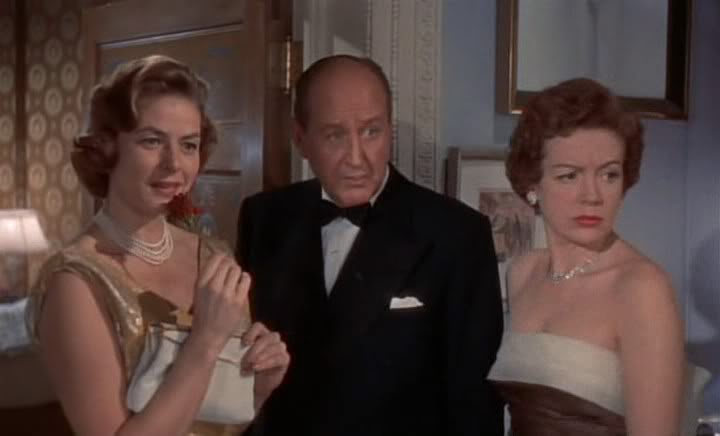 Whether it’s espionage or romantic lust, movie characters lead us to identify with the effort to hide something. This 8-week series highlights both dramatic & comedic films, exploring issues from national security to gender insecurity.

Apr 12: Five Fingers (1952), directed by Joseph L. Mankiewicz, 108 min. A WWII spy thriller based on true events, with James Mason as a valet involved in the selling of British secrets to the Germans. Also starring Danielle Darrieux and Michael Rennie.

Apr 19: Notorious (1945), directed by Alfred Hitchcock, 101 min. Ingrid Bergman and Cary Grant mix romance and espionage when she is recruited into the American intelligence service to spy on a local group of German exiles under suspicion. Also starring Claude Rains.

No film screening on Apr 26

May 10: To be or Not To be (1942), directed by Ernst Lubitsch, 99 min. In this black comedy, Jack Benny has the role of a lifetime as the leader of a Polish theater troupe who becomes involved in espionage during WWII. Also starring Carole Lombard and Robert Stack.

May 17: Some Like it Hot (1959), directed by Billy Wilder, 120 min. Classic comedy with Jack Lemmon and Tony Curtis who witness a mob hit, then elude their pursuers disguised as women in an all-girl band–including Marilyn Monroe in a memorable comic performance.