The first monthly series dedicated to the discussion and exploration of various themes in Performance Art, welcomes the Fall season with the program “Performance and Revolution.” This month’s conversation features artists whose performances investigate notions of dissidence in normative socio-political and gender structures. The presentation of documentation of works will be followed by a panel conversation and Q&A with attending audiences. 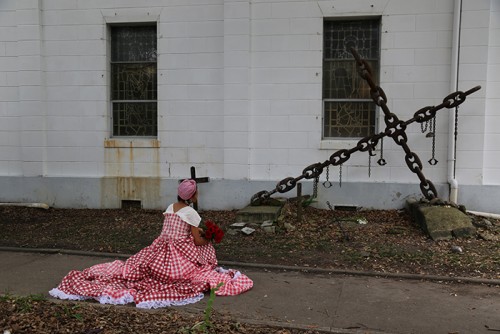 Jodie Lyn-Kee-Chow was born in Manchester, Jamaica. She is an interdisciplinary artist with a BFA from New World School of the Arts, University of Florida, (1996) and an MFA from Hunter College, City University of New York (2006). Her work has been shown nationally and internationally in numerous group exhibitions and she frequently participates in performance art festivals held in the United States and Asia. Some prominent exhibitions featuring her work are ‘’Renegades’’, Exit Art in New York, N.Y., ‘’10th Open Performance Art Festival’’ 798 Zone, Open Contemporary Art Center, Beijing, China, “ARS CONTINUUM: Amelie A. Wallace Gallery 1978 to the Present”, SUNY Old Westbury, N.Y., and a solo exhibition at The Boston Children’s Museum, Boston, M.A. Lyn-Kee-Chow participated with both visual arts and live performance in the landmark exhibition, “Jamaican Pulse: Art and Politics from Jamaica and the Diaspora” at the Royal West Academy of England, Bristol, U.K. and will take part in the upcoming Jamaica Bienalle (2017), at The National Gallery in Kingston, J.A. Lyn-Kee-Chow is a Rema Hort Mann nominee and a 2012 New York Foundation for the Arts Fellow in Interdisciplinary Art. Her work has been reviewed and featured in publications such as The New York Times, The Huffington Post, The Washington Diplomat, Daily Serving, Hyperallergic, Artinfo, The New York Art World, and Newsday. Lyn-Kee-Chow often explores performance and installation art, which draws from the nostalgia of her homeland, the commodified imagery of Caribbean primitivism, folklore, fantasy, consumerism, spirituality and nature’s ephemerality. She lives and works in Queens, N.Y. and is a faculty member of the MFA program at the School of Visual Arts. 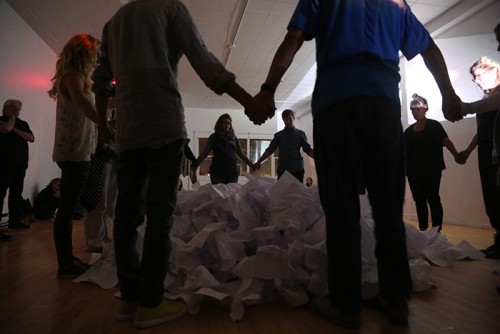 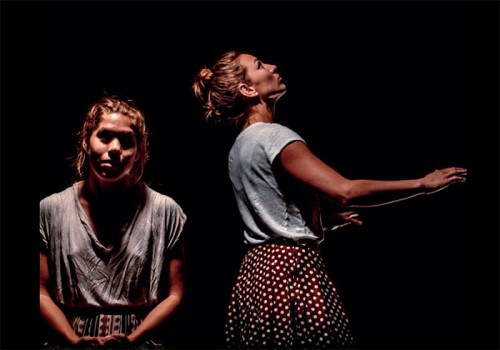 Arantxa Araujo is a Mexican choreographer, neuroscientist and multidisciplinary artist based in NYC. Araujo is interested in how art changes the brain by allowing curated sensorimotor stimuli to create awareness about physical, affective and cognitive components that move us to action. Araujo uses photography, video, and movement-based performances to focus stimuli so as to be experienced by each sense individually. Once awakened, there is an invitation to re-experience and engage all the senses as a collective. Araujo attempts to spark curiosity in observers, helping them scrutinize these processes and the relationship between the exuberant world of stimulants, the inner journey of perception, and its role in defining behavior. Araujo’s own work has been presented by BEAT Festival in the Brooklyn Museum, Garis & Hahn Gallery, SITI Lab, Live Love Festival, Movement Research, Radiator Gallery, Columbia University, Triskelion Arts, Idio Gallery, Walls-Ortiz Gallery and Center, and The CAVE in New York; El Teatro de los Sentidos Residency and El Vicio, in Mexico City; The Semel Theater and Huret & Spector Gallery in Boston and Performance Art Festival (PAF16) at SPACE Gallery in Pittsburgh. Araujo has worked with Ernesto Pujol, Edward Clark, Tyler Ashley, Nestor Jara, Martha Mason, Melia Bensussen, Lucy Kerr, SITI Company and Leimay. Araujo was awarded a full scholarship from Mexican Government Institution CONACYT and holds an MA in Motor Learning and Control from Teachers College, Columbia University. She has trained with SITI Company, Snappy Dance Theater, The Living Theater, Tripsichore and Double Edge Theater. She was been invited to be artist-in-residence at Bunker Projects 2017. Her new projects will be shown in SITI Lab, Panoply Lab, JACK and the Motherboard.

About the Moderator & TALKaCTIVE Curator:

Hector Canonge (creator of TALKaCTIVE) is an interdisciplinary artist, curator, media educator and cultural entrepreneur based in New York City. His work incorporates the use of new media technologies, cinematic narratives, Live Action Art, and Social Practice to explore and treat issues related to constructions of identity, gender roles, psychogeography, and the politics of migration. He has exhibited and presented broadly in the United States, Latin America, Europe and Asia. As cultural entrepreneur, Canonge created and directs the annual festival ITINERANT, started the projects: ARTerial Performance Lab (APLAB), an initiative to foster collaboration among performance artists from the Americas, PERFORMEANDO, a program that focuses on featuring Hispanic performance artists living in the USA, NEXUSURNEXUS a virtual platform for Live Action Art, and PERFORMAXIS, an international residency program in collaboration with galleries and art spaces in Latin America. After living abroad for almost 3 years, Canonge returned to the USA in late 2015 to continue with his projects, exhibitions, and presentations: TALKaCTIVE, performance art series, CONVIVIR, international residency program at his new space, MODULO 715 in Jackson Heights, QUeens, and LiVEART.US. The artist is currently at work in his new project “In Profundus” for the exhibition “Jameco Exchange” Acommissioned by NO LONGER EMPTY in Jamaica, Queens.