The 13min documentary film I Care: A Documentary About Independent Living by Alexander Freeman, will be playing on loop in the Queens Museum theater. 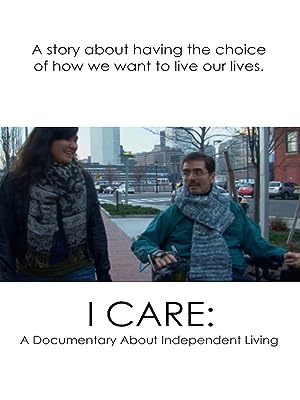 &
2pm: Dominika Ksel’s Audio Walk Territorial Hissings
* This walk requires to download a map and audio file onto a mobile phone. Please bring headphones.
** Trigger warning: Many stories that are shared may cause deeply emotional responses.
Territorial Hissings: A sound workshop where queer, gender non-conforming and female-identified people were invited in a safe environment to discuss experiences of verbal and physical harassment that took place in the streets or other public locations. The group created a geo-gendered narrative, recording and mixing dialogues through storytelling, the cityscape and foley. Together they mapped the terrain around the Queens Museum, directing the listener to varied locations augmenting the personal narratives of each participant with that of the day-to-day. Some participants recorded on location, while others emailed their narratives, recorded primarily via phone mics. These narratives were then mixed with the binaural and ambient sonicscapes recorded around the museum. By listening to the narratives while taking the walk, a transformative space of physical and psychological discovery unfolds.
The 39min walk will be guided by the artist. Starting point: Community Partnership Gallery, 2PM.
File download: https://territorialhissing.wixsite.com/territorialhissings