LiVEART.US, Performance Art initiative created and organized by artist, and independent curator, Hector Canonge, continues its Fall 2017 program featuring the work of artists from Argentina, Greece, Romania/Germany, and the Philippines.

Under the theme “Performing Liberation,” this month’s program focuses on natural states of freedom, personal choice, and social autonomy as explored in Live Action Art. Participating artists were invited to participate in the program as they visit, in many cases for the first time, the United States. Performances are followed by a round table discussion with attending audience.

LiVEART.US was established as a platform to present and feature local, national, and international artists working in Live Action Art and its diverse manifestations. The program features works where the body, as main instrument for artistic creation and expression, is the catalyst for sensorial experiences, cultural interpretation, and critical reflection. LiVEART.US main objective is to further support the creation and presentation of new works in Live Action Art in an environment suitable for reflection and dialogue. The series follows and complements the monthly program TALKaCTIVE: Performance Art Conversation Series initiated by Canonge in September 2015. 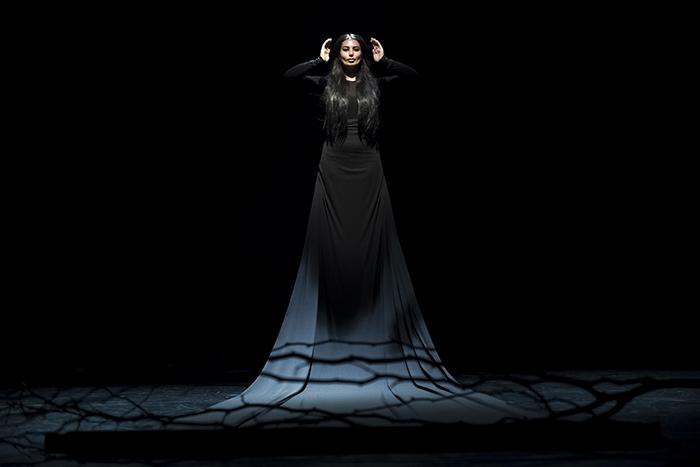 Eypraksia Konsta was born in Greece where she studied Music-Acting-Visual Arts, and completed a Masters in Ancient Drama Center in Research “Links”. She also graduated with a piano and advanced theory Kontampasso and classical music degree. She has attended seminars in Drama, Acting, Improvisation, Mask, Butoh, Physical Theatre, Art-Philosophy, Psychology, History, Classical Ballet, Bioenergy, Contact Improvisation, and Contemporary Dance in Athens, Europe and New York. She has directed and participated in performances of ancient and contemporary theater in Greece and abroad with recognized directors. Konsta attended the Sorbonne in Paris continuing her education in the history of art-in architecture of the tombs of the 19th-century philosophy. As a visual artist Konsta’s exhibitions, sound installations, public presentations, and performances have been presented in group exhibitions in her native Greece, and in International Festivals. 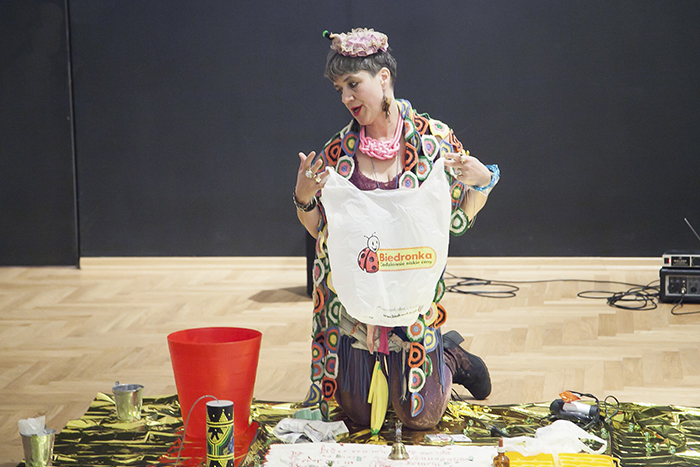 Gaby Bila-Günther aka LADY GABY, originally from Romania, is a Berlin-based spoken word, visual and performance artist, writer, and event organizer.  She arrived to Germany via Melbourne, Australia, where she regularly performed in public spaces. Her spoken-word, poetry, short stories and nonfiction articles have appeared in journals, online sites, CD compilations, magazines and literature anthologies in Australia, Europe and the United States. She has performed, curated and showed text based, photos and video works internationally. Back in 2000, she launched her self-published book Validate & Travel on a ‘moving tram’ in Melbourne, Australia, and in 2002 she debuted her spoken word filled with ambient techno beats CD, “Off the Main” with music producer ZOG. While in Melbourne, she was part of Urban ART and Flush artist groups. Together with her partner, she ran the performance and live music warehouse space, CBI PRODS, where underground techno parties, cd launches and performance art events took place (1995 to 2002). In Berlin, she formed the Poets’ Party with fellow writer Jessica Falzoi (2003), she hosted  the monthly poetry and performance show FUEL, Berlin’s wildest spoken word show at Schokoladen Club, the performance poetry show, MOVIN’ ALONG WITH VERSES at Sin Club, and the regular performance and live music night at the KINGKONGKLUB, UNPARTY. She also organized workshops, exhibitions, readings at galleries and in her private studio/salon Wonderbar. Currently, she hosts  The WORD BANK Radio show,  a monthly live radio broadcast, and the POETIC GROOVE, a night of performance artists and musicians fuse on stage. LADY GABY performs with the feminist, queer and burlesque show, The Cunt LAB. 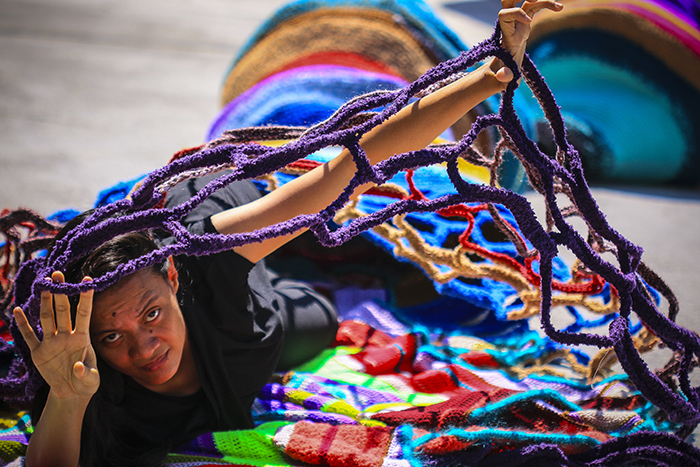 Aze Ong is a visual and performance artist from the Philippines. She is currently an Asian Cultural Council grantee, immersing herself in New York City and culture. The nature of her work involves a tedious process, spending countless hours crocheting pieces to assemble into larger installations. Her volunteer missionary work as a teacher in Bukidnon (a province south of the Philippines) had a big influence on her art while observing the culture of the Talaandig tribe. In her performances, she has adapted practices where melodies are not repeated, movements from rituals, chants, dance and poetry evoke reality, and emotions result from the search of spiritual guidance. Her installations activate a trance-like state that lead to various movements during her performances. Ong received her Bachelor of Communication in Media Production in Assumption College. She has exhibited in local and international galleries and museums, and her works have been part of the collections of Museo Pambata and Jeonbuk Museum of Art (Korea). She is an Asian Cultural Council Grantee (2016) and was named Solar Daybreak Artist of the Week (2014). She was featured in numerous media platforms (newspapers, magazines and TV shows), including BBC Brazil (2011) and the MAPEH on the Go10, the K to 12 edition textbook (2015). 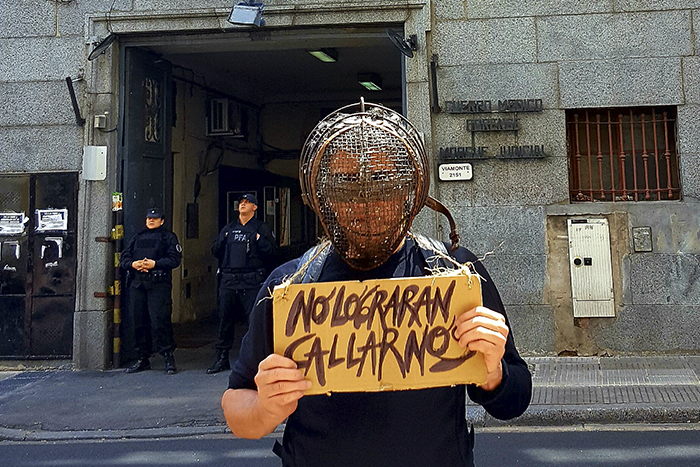 Daniel Acosta is an interdisciplinary artist, coordinator of the collective SOStierra, and curator from Buenos Aires, Argentina. His work explores the relationship of art, nature and society.  He uses technology and natural elements to create actions in the streets or public spaces questioning human rights, access to land, social equality, and identities.  His work has been presented in art galleries, museums, and public sites intervening directly in the space.  He has been invited to participate in programs and festivals in the United States, Europe and Latin America.  As curator and organizer, he initiated a series of projects like SOS Tierra with more than 11 years of performance art programs in Argentina and other parts in South America. Acosta is the founder of collectives such as Vibrión Colérico (90’s), XI Ventanas (80’s), and has been running performance art interventions in Buenos Aires for the past 10 years. Acosta teaches painting in the Universidad de Arte de Buenos Aires, and conducts seminars on Live Action Art in universities in Brazil, Chile, Uruguay and Argentina.