Coinciding with Pride Month in June, LiVEART.US presents, “Queerin’ Boundaries,” exploring notions of gender and embodiment.  The program features artists whose work treat corporeal constructions of the “masculine,” and “feminine” through various manifestations of Live Art.

LiVEART.US is a new platform established to feature works by local, national, and international artists working in Performance Art and its diverse manifestations. Created and organized by interdisciplinary artist, Hector Canonge, LiVEART.US is a Performance Art program series that features works where the body, as main instrument for artistic creation and expression, is the catalyst for sensorial experiences, cultural interpretation, and critical reflection. The program’s main objective is to further support the creation and presentation of new works in Live Action Art in an environment suitable for reflection and dialogue. LiVEART.US follows and complements the monthly program TALKaCTIVE: Performance Art Conversation Series initiated by Canonge in September 2015.

Kris Grey (pictured above) is a New York City based gender-queer artist whose work exists at the intersection of communication, activism, community building, storytelling, lecture, and studio production. Grey earned a Bachelor of Fine Art from the Maryland Institute College of Art and a Masters Degree in Fine Art from Ohio University. They perform, teach, and exhibit work internationally. Grey was a 2012 Fire Island Artist Residency recipient, a resident artist for the ANTI Festival for Contemporary Art in Kupoio, Finland in 2012 and 2014, and a teaching artist in 2013 at The International Centre for Training in the Performing Arts in Brussels, Belgium. Together with Maya Ciarrocchi, Grey produces work under the name Gender/Power. Gender/Power has been awarded a Baryshnikov Art Center residency, a Lower Manhattan Cultural Council residency, a Franklin Furnace grant, and a MAP Fund Grant. Grey’s writing has been published in print and on the web for Huffington Post and Original Plumbing.  Their latest writing, Trans*feminism: fragmenting and re-reading the history of art through a trans* perspective, written in collaboration with Jennie Klein, was published in December of 2015 in Otherwise: Imagining Queer Feminist Art Histories. 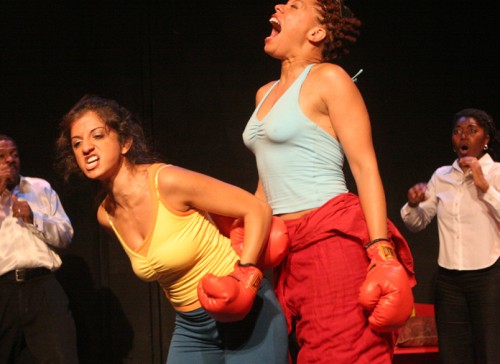 Pamela Booker is an interdisciplinary writer-photographer, educator, and urban garden enthusiast. Her performance, literary, and media-based works explore the intersections of social justice, race, identity, and sustainability issues. A Writing Fellow at VCCA, (Virginia Center for the Creative Arts) Booker has been awarded workshop residences in Provincetown, MA, at the Fine Arts Work Center, and the Norman Mailer Writers Colony. Past works includes Dust: murmurs and a play (2008) staged at HERE Arts.  Earlier this year, a photograph from her series on the American flag and drag culture, was selected for publication in For Whom It Stands (2014) at the Reginald F. Lewis Museum— Smithsonian Affiliate, in Baltimore. Booker will deliver a performance-read of her play “Seens from the Unexpected of Love,” included in the recently released book anthology “Black/tino Queer Performance” (Edited by E. Patrick Johnson and Ramon H. Rivera), and excerpts from her forthcoming novel, “Fierce! Remains,” the entangled story behind a mutilated body that’s discovered in the basement of a deceased, Stonewall-era, drag activist. 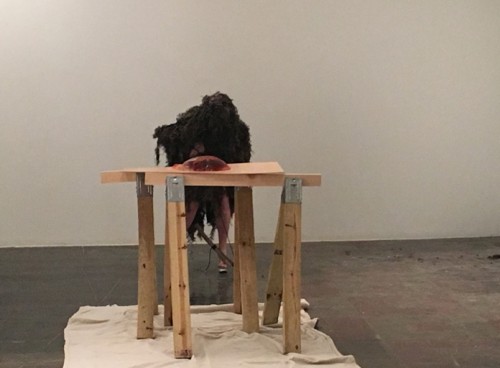 Eileen Doyle is a multimedia artist, independent curator, and arts administrator living and working in Philadelphia. She received her BFA from The School of the Art Institute of Chicago. Currently, she is a Masters candidate in Drexel University’s Arts Administration program. Between 2009 and 2013, she curated the Garbage World Performance Series with events and festivals in Chicago and Philadelphia. She has performed and shown work in Chicago, Philadelphia, New York City, Baltimore, and Pittsburgh. 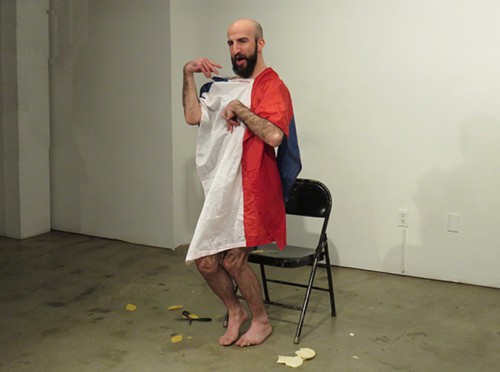 Shawn Escarciga is a queer Butoh and performance artist based in Brooklyn. His solo work and choreography has been presented throughout New York City (Panoply, MIX NYC, Glasshouse [as part of PERFORMEANDO], Triskelion, etc.), Chicago, Boston and abroad (Month of Performance Art – Berlin with PERFORMEANDO). He trains regularly and has performed with the Vangeline Theater as well as studying with visiting Butoh masters through the New York Butoh Institute. 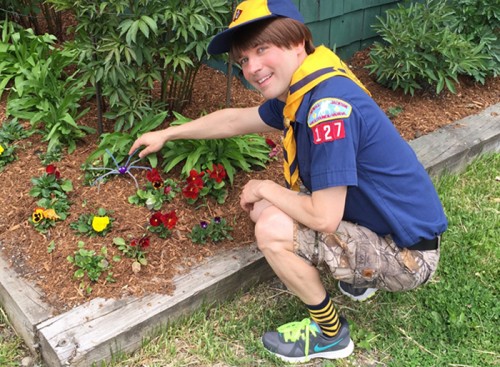 Cupid Ojala grew up in a conservative Mormon family in rural Bumpass, Virginia. He transitioned from female to male in 2003 and resides in Brooklyn. He attended Parsons in 2012, and Virginia Commonwealth University in 1999. In 2016 He attended Vermont Studio Center and performed Love Prescriptions at Turnhalle in Bern Switzerland. In 2015 at the Leslie+Lohman Museum’s Prince St. Project he had his solo debut in New York. In 2014 he performed at Art In Odd Places.  In 2013, he performed for Ernesto Pujol in Time After Us as part of the Crossing the Line Festival for The French Institute Alliance Française (FIAF). His had two publications, The Gender Wilderness Coloring Book and Ranger Risky Flipbook available at Printed Matter.