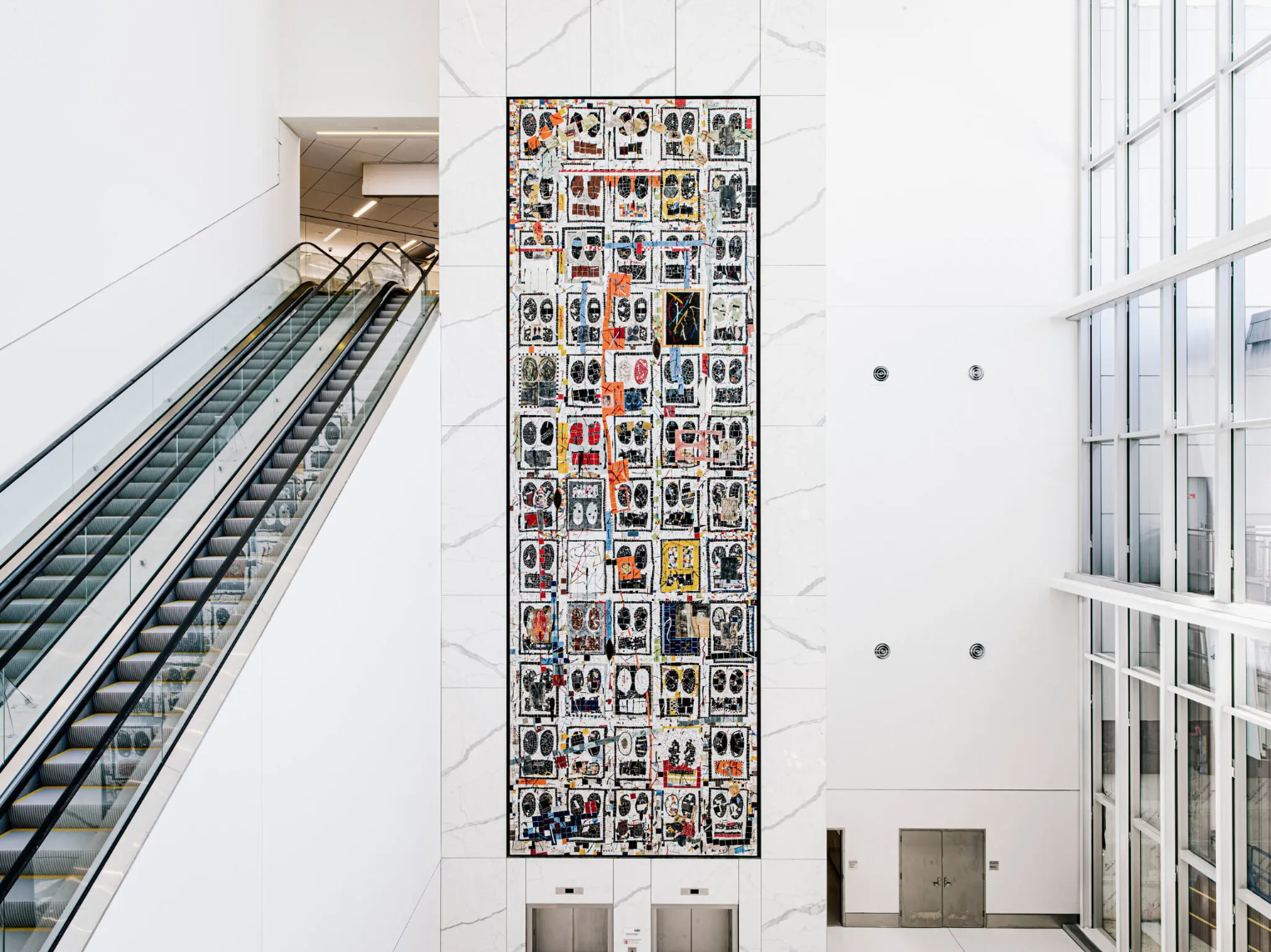 This significant partnership marks a one-of-a-kind collaboration between a museum, artists, a major airline, and an airport coming together to elevate the travel experience through visual art. When complete, the six commissioned works by artists Mariam Ghani, Rashid Johnson, Aliza Nisenbaum, Virginia Overton, Ronny Quevedo, and Fred Wilson will be permanently on view. The works include sculptures and painted ceramic murals that span the building’s multi-floor, light-filled entry space and other areas throughout the Delta terminal.

The artworks will welcome travelers in the Terminal’s arrivals and departures halls and associated concourse, and illustrate to visitors and residents alike why New York is the most exciting cultural destination in the world. The project supports the Port Authority’s overall vision and plan to transform the customer experience across all its facilities, including at LaGuardia airport through inspirational public art, operational excellence, 21st century technology and world-class functionality.

“It has been wonderful for the Queens Museum to work in partnership with Delta Air Lines and Port Authority on this long-term project. Commissioning permanent artworks by this incredible group of New York-based artists is an exciting way for the Museum to play a part in making the new Terminal C a world-class cultural destination” said Tallant.

Additional information on the commissioned artworks:

The 1.2 million square foot Terminal C at LaGuardia represents a major and historic step forward in the building of a whole new LaGuardia Airport. Delta Air Lines’ $4 billion redevelopment project, which broke ground in 2017, replaces the outdated Terminals C and D with a state-of-the-art new Terminal C. A key feature of the new terminal is that all 37 gates will be accessible through a single arrivals and departures hall rather than divided between the two structures it will replace. The opening of Delta’s new arrivals and departures hall also includes the opening of a 230,000 square foot concourse accommodating 10 new gates and featuring well known eateries and shops.

Artworks by artists Mariam Ghani, Rashid Johnson, Virginia Overton and Ronny Quevedo are now officially open to the public. Pieces by Aliza Nisenbaum and Fred Wilson are currently under construction and set to be finalized by early Fall.

Read “Ready When You Are, Terminal C Is Now an Art Destination” by Hilarie M. Sheets to learn more about these commissions.

About the LaGuardia Redevelopment Project

The LaGuardia project is the first new major airport built in the United States in the last 25 years. In 2015, a comprehensive plan to construct a whole new LaGuardia Airport was unveiled with the goal of creating a world-class, 21st century passenger experience featuring modern customer amenities, state-of-the-art architecture, more spacious gate areas and a unified terminal system. The $8 billion project, two-thirds of which is funded through private financing and existing passenger fees, broke ground in 2016.

The project is demolishing virtually every passenger facility and building new 21st century world class facilities. LaGuardia has remained open throughout the construction period. The new airport is being built in phases to ensure that the airport never loses capacity. New facilities had to be built before old facilities could be demolished to enable the airport to continue to operate at full capacity.

Major construction milestones now shift to the east end of the airport. In addition to offering state-of-the-art-technology and world-class amenities, Delta’s new Terminal C, like Terminal B, will feature inspiring public art that will tell the story of New York’s immigrant history, its people and the importance of celebrating diversity. The art program at Terminal C is the result of a collaboration between Delta Air Lines and the Queens Museum, and it will include the work of six world-renowned, New York-based artists.

LaGuardia Airport will be substantially complete in 2022 and will be an asset for growth as New York recovers from the COVID-19 pandemic.