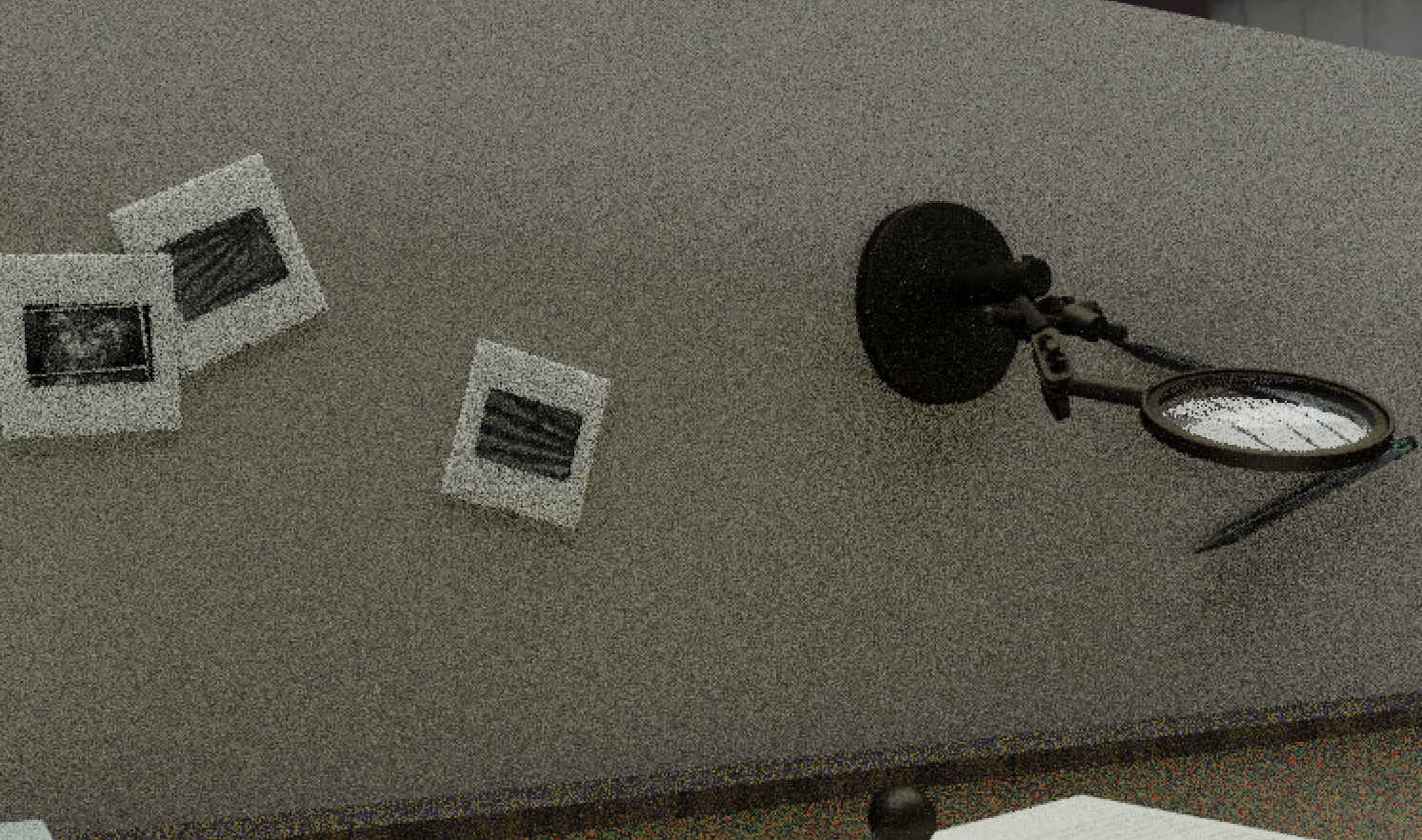 Sydney Shen creates sculptures and environments that commingle historical and contemporary symbols. For her newly commissioned solo exhibition, Strange But True, Shen has developed an immersive installation that brings together tropes of enlightenment-era investigatory aesthetics, horror cinema, and video game architecture. A topsy-turvy world with outsized objects including Polaroids, a plush pencil topper, classified paperwork, and a cantilevered magnifying glass, the installation is mysterious—perhaps a crime scene or a research lab. Blurring the amusing and the sinister, the uncanny manipulation of scale is complemented with Trompe l’oeil and other slippages of perception and failures of representation. The work explores photography in particular and confronts visitors with the notion that documentation and the study of evidence are biased, constructive acts. Shen aims to situate our current crisis of truth—in the era of AI-assisted echo chambers and fake news—within a legacy of fact-seeking and meaning-making practices that have contributed to biased constructions of values and systems of oppression throughout history.

This exhibition is organized by Sophia Marisa Lucas, Assistant Curator.

Sydney Shen is a recipient of the 2019-2020 Queens Museum/Jerome Foundation Fellowship Program for Emerging Artists in New York City,  generously supported by the Jerome Foundation.