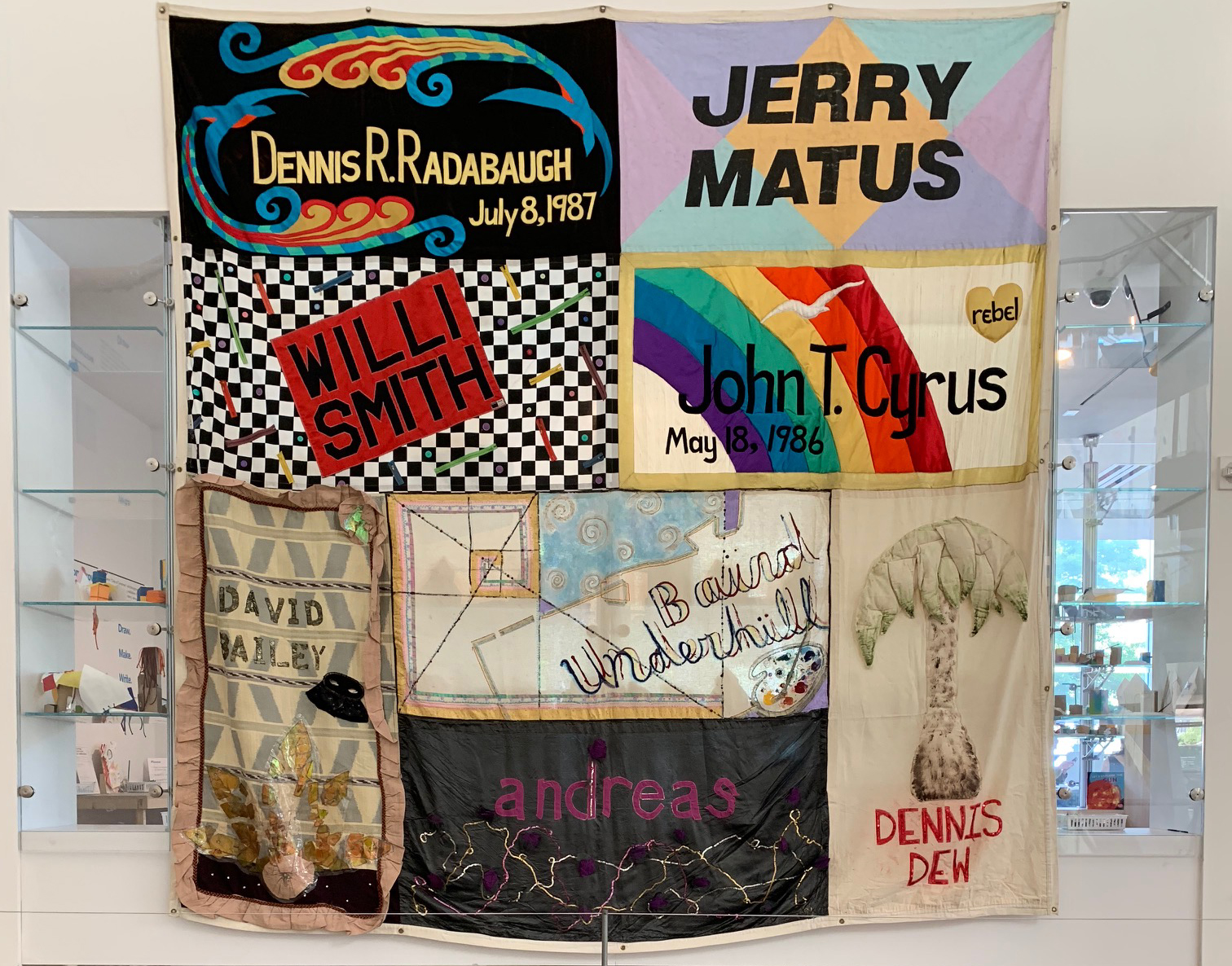 The Quilt was conceived by long-time San Francisco gay rights activist Cleve Jones. Since the 1978 assassinations of gay San Francisco Supervisor Harvey Milk and Mayor George Moscone, Jones had helped organize an annual candlelight march honoring these men. While planning the 1985 march, Jones learned that over 1,000 San Francisco residents had succumbed to AIDS. He asked each of his fellow marchers to write on placards the names of their loved ones who had died of AIDS. At the end of the march, Jones and others stood on ladders taping these placards to the walls of the San Francisco Federal Building. The wall of names looked like a patchwork quilt.

In 1987, Jones created the first panel for The AIDS Memorial Quilt in memory of his friend Marvin Feldman in 1987. Later that year it grew to 1,920 panels, each commemorating the life of someone who has died of AIDS, before being exhibited for the first time on the National Mall in Washington, D.C. where half a million people visited on the opening weekend.

Today, The Quilt is composed of more than 49,000 individual 3 x 6 foot panels. Combined together in 12 x 12 foot “blocks,” they come from all over world and they have been sewn by hundreds of thousands of friends, lovers and family members into an epic memorial. The largest known piece of ongoing community art, The AIDS Memorial Quilt continues to be exhibited globally. The project reveals the humanity behind the statistics of the disease, aiming to spread compassion and triumph over stigma and phobia.

On the occasion of World Pride in celebration of the 50th Anniversary of the Stonewall uprising, the Queens Museum has organized an afternoon of storytelling, art-making, and performances celebrating the work of LGBTQ+ activists, advocates, and organizers in Queens. The program is organized in partnership with Caribbean Equality Project, Colectivo Intercultural TRANSgrediendo, Lorena Borjas Community Fund, Queens Community House’s Generation Q and Queens Center for Gay Seniors, Queens Pride, Queens Theatre and The One-Minute Play Festival. Click here for the full schedule.