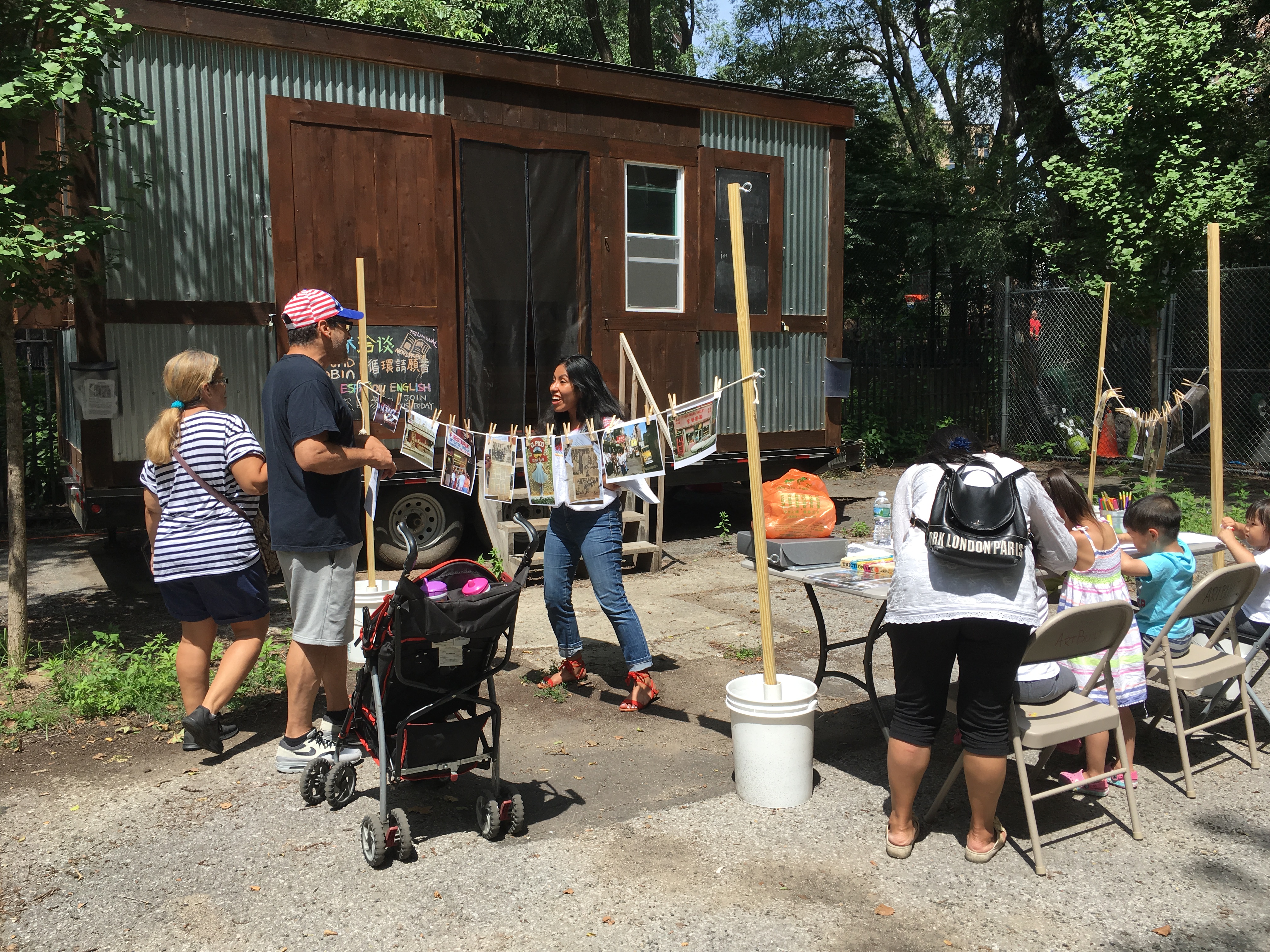 ArtBuilt Studio in the Park selects 2019 Artists in Residence

ArtBuilt, in partnership with NYC Parks and the Queens Museum, is pleased to announce artists chosen for the collaborative project Studio in the Park, which received the Our Town grant from the National Endowment for the Arts (NEA) in 2017. ArtBuilt Studio in the Park is a six-week residency program that provides an artist or artist collective use of our 150-square-foot mobile studio space in a public park for a community-engaged art project. Operating out of Flushing Meadows Corona Park since its inception in 2015, ArtBuilt Studio in the Park programming has expanded to all five boroughs of New York City in 2018 and 2019 with the help of this prestigious grant.

“Walk This Way: Imagining My Staten Island” is a series of creative workshops to celebrate the diversity of Staten Island residents in relationship to the waterfront and the link between it’s unique people, and their distinct and diverse neighborhoods. This project focuses on various genres of art-making such as storytelling, song, apparel, literature, food, and traditions, and how we all connect now to the ever changing waterfront. Project partners include Staten Island Arts Council, Staten Island Urban Center, Canvas Institute/IslandVoice, and YouthBuild SI/JMT Media.

“Timeseed” is an ongoing project that uses seeds as a model to communicate across time, preserving the stories of our past and sending messages into the future, as a way of holding us accountable in the present. TimeSeed will engage with local Brooklyn residents, activists and Climate Justice/Environmental Justice groups to document stories of struggle, resistance, and resilience of our communities in the face of climate chaos. The collection of stories will grow and be on display throughout the residency illustrating the abundant legacies of this unique Brooklyn community. Project partners include Gowanus Canal Conservancy, Friends of Thomas Greene Park, Arts Gowanus, Textile Arts Center, Arts & Democracy, and NOCD-NY.

For over 50 years, NYC Parks’ Art in the Parks program has brought contemporary public artworks to the city’s parks, making New York City one of the world’s largest open-air galleries. The agency has consistently fostered the creation and installation of temporary public art in parks throughout the five boroughs. Since 1967, NYC Parks has collaborated with arts organizations and artists to produce thousands of artworks by notable and emerging artists. For more information about the program visit www.nyc.gov/parks/art.