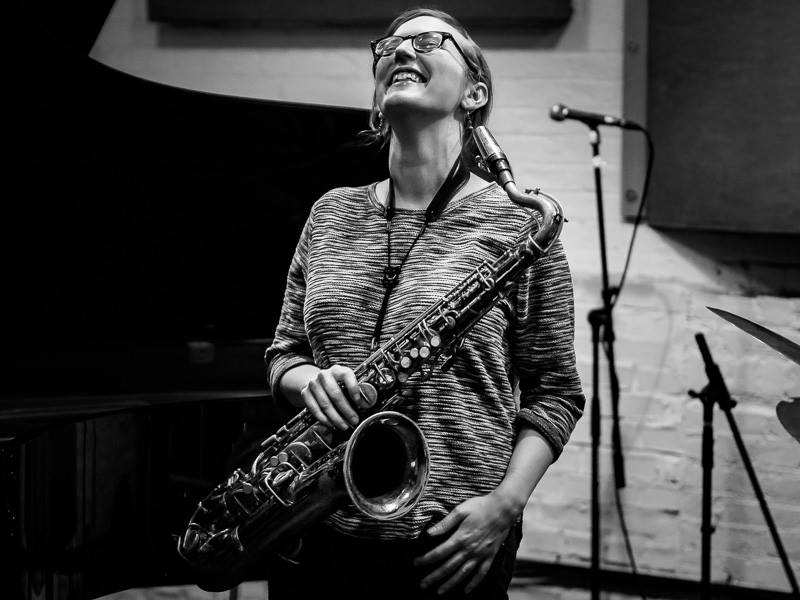 For the third year in a row, Queens Museum is thrilled to host an EtM ConEdison Composer in Residency! This January 2019 we will be welcoming Anna Webber for a six-month residency, from January through June 2019, resulting in a public concert in late spring / early summer of 2019.

ANNA WEBBER is a New York-based flutist, saxophonist, and composer whose interests and work live the overlap between avant-garde jazz and new classical music. Her new album, Clockwise, featuring a septet comprised of several of the most creative musicians working in New York’s avant-garde, will be released on Pi Recordings in February 2019. Webber’s other projects include her Simple Trio, with John Hollenbeck and Matt Mitchell, and a big band co-led with Angela Morris. She has performed and/or recorded with projects led by artists such as Dan Weiss, Jen Shyu, Matt Mitchell, Ches Smith, John Hollenbeck, and Geof Bradfield, among others. Webber is a 2018 Guggenheim Fellow. She has additionally been awarded grants from the Shifting Foundation (2015) and residencies from the MacDowell Colony (2017), the Millay Colony for the Arts (2015), and the Brush Creek Foundation for the Arts (2014). In 2014 she won the BMI Foundation Charlie Parker Composition Prize as a member of the BMI Jazz Composers’ Workshop. Webber is originally from British Columbia.

Anna Webber is one of a cohort of six composers in residence selected for the 2018-2019 cycle, hosted by public institutions all over the city: http://exploringthemetropolis.org/2018/08/announcing-the-composers-for-the-2018-19-etm-con-edison-composer-residencies/

This program is supported, in part, by public funds from the New York City Department of Cultural Affairs in partnership with the City Council.