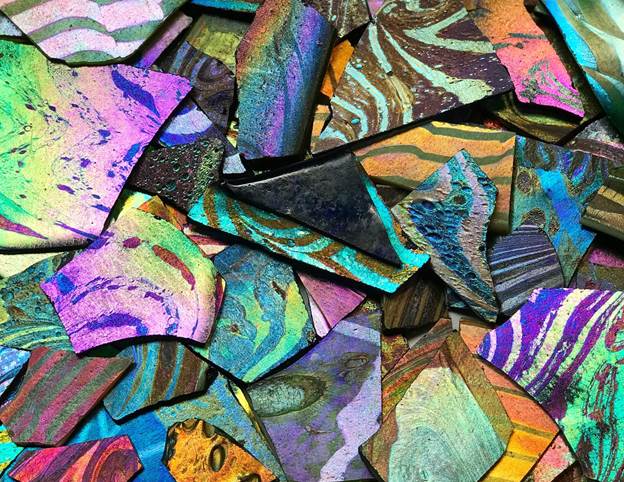 Austrian immigrants Dr. Egon Neustadt and his wife Hildegard were among the earliest collectors of works by famed American artist Louis C. Tiffany (1848-1933) and they played a critical role in reviving interest in Tiffany’s lamps in the mid-twentieth century. In 1935, newly married and living in Flushing, Queens, the Neustadts purchased their first Tiffany lamp – a small Daffodil, for the incredible price of $12.50 – from a secondhand shop in Greenwich Village. Tiffany’s work was decidedly unfashionable at this time; indeed, Louis C. Tiffany died in 1933 and his Tiffany Studios would declare bankruptcy in 1937. But the Neustadts, undeterred by the current disinterest in Tiffany lamps, were struck by the beauty of the colorful glass and enchanted that the shade had been made by an artist from the beloved country they now called home. Over the course of the next fifty years, their collection grew to include more than 200 lamps of all shapes, sizes, and designs. It remains today the largest and most comprehensive lamp collection ever assembled.

The Neustadt Collection of Tiffany Glass will mount a special focus exhibition this fall exploring Louis C. Tiffany’s groundbreaking achievements in iridescent art glass. Presented in The Neustadt Gallery at the Queens Museum, Queens, New York, Tiffany’s Iridescence: Glass in Rainbow Hues will open October 7, 2018. The exhibition will explore the science and artistry behind Tiffany’s iridescent sheet and blown glass, and is curated by Morgan Albahary, Assistant Curator, The Neustadt, in consultation with Dr. Gregory Merkel, Research Fellow, Corning, Inc., and Trustee at The Neustadt.

In 1995, The Neustadt partnered with the Queens Museum to share its collection with the New York metropolitan area through a permanent Tiffany gallery and educational programming. This partnership has special significance because Tiffany’s glass furnace, bronze foundry, and workshops were located in Corona, Queens, less than two miles from the Museum. Tiffany’s Iridescence: Glass in Rainbow Hues is organized by The Neustadt